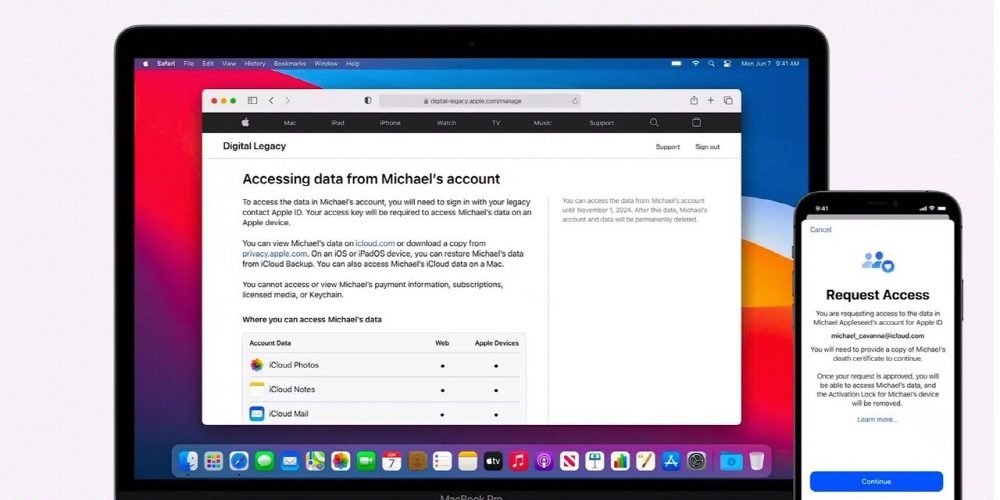 Apple announced iOS 15 during WWDC21 and announced the Digital Legacy Program, or Digital Heritage Program, as part of the iCloud paid option, iCloud +.

It was explained that the existing contact, that is, the data heir, and the ability to migrate permissions, were explained, but the details were not known. It disclosed additional information about specific procedures and the kinds of data that heirs can access.

Existing contacts will also be able to view emails, photos, and notes, but will not have access to payment, subscription fees, or view licensed media keychain information. In other words, it is assumed that it will inherit photos and videos of the deceased in iCloud storage, but also grant access to digital property and services outside of Apple’s jurisdiction.

It states that such data can be found on iCloud.com or downloaded from Privacy.apple.com. If you have access to an iPad or iPhone, you can restore data from an iCloud backup or access data from a Mac. It also appears to be limited for how long the data can be accessed. It states that the deceased’s data can be used until the specified end date, after which the account and data will be permanently erased.

Nearly 10 years have already passed since the iCloud service started in 2011. As survey data that iPhone users are highly loyal is often released, using iCloud for a lifetime is becoming more realistic. Considering the vast amount of cloud data we have accumulated so far, adding an existing contact system may make it more difficult to move away from iCloud. Related information can be found here.