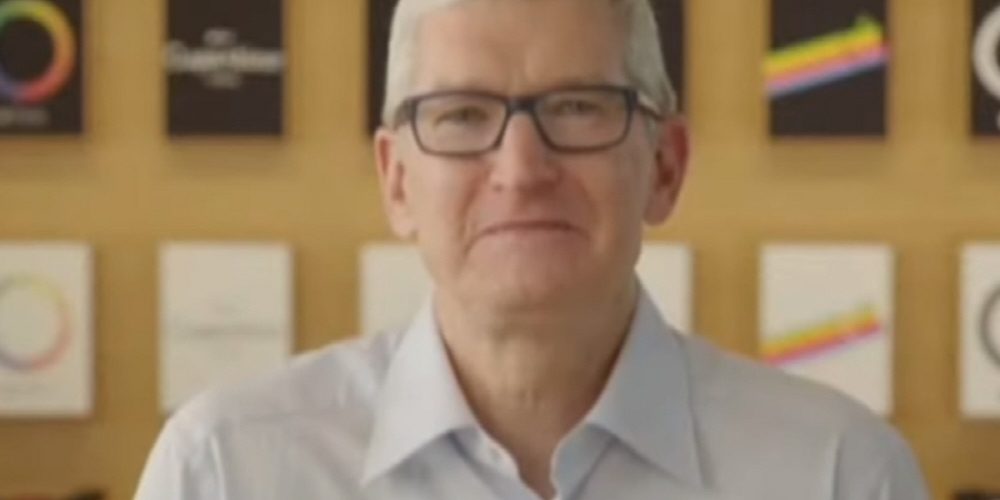 Apple CEO Tim Cook participated in an online 30-minute interview at VivaTech, a technology-related conference held in France. In the interview, in addition to questions about privacy and environmental issues, questions about the iPhone or Apple’s self-driving car being developed 20 years later were also asked.

At the beginning of the interview, an explanation was given about Apple’s efforts to combat COVID-19. In response, CEO Tim Cook worked with Google to develop an API for contact notification of COVID-19 infection or to develop and distribute a medical Facesildy to tens of millions of people around the world.

Next, when asked about Apple’s attitude toward privacy, he said that Apple has been active in protecting personal information for 40 years since its establishment, considering that privacy is a fundamental human right. He said several times that he should get Apple continued this policy and emphasized that Apple values privacy. He also argued that privacy is one of the most important challenges of this century, as well as climate change and energy issues.

Following the EU General Data Protection Rule GDPR, which was enacted in the EU for the purpose of protecting personal information, Apple strongly supports the GDPR and has a stronger privacy policy than the GDPR. said to do

Although Apple has set a goal of achieving carbon neutrality by 2030, when asked how it will achieve its environmental goal as it releases a new iPhone every year, CEO Tim Cook said that Apple has been achieving carbon neutrality for several years, including the supply chain by 2030. The goal is to achieve carbon neutrality. In order to make products such as a new iPhone, something must be taken out of the earth, but Apple continues to develop robots to disassemble old products and take out parts for new products, and products that benefit both users and the planet by using parts from old products in new products. He said that he aims to create

Meanwhile, he expressed his anticipation for augmented reality by saying that he is looking forward to the power of augmented reality to improve lives in various ways. He also said that he heard that adding a heart rate monitor to the Apple Watch has saved many lives. Apple is thinking of various ways to detect body tampering and notify the user. For example, it could be in the form of a car warning sign. He also shared tips about the technology being developed.

When asked if he would allow his new product to fail, he said that he is failing every day, saying that Apple is trying to fail and improve and not deliver failures to users from within, not from the outside. If you haven’t failed, it’s a sign that you haven’t tried hard enough. At the end of the interview, Apple was also asked to explain the self-driving car it was developing, but CEO Tim Cook declined to comment, saying it needed to be kept secret.