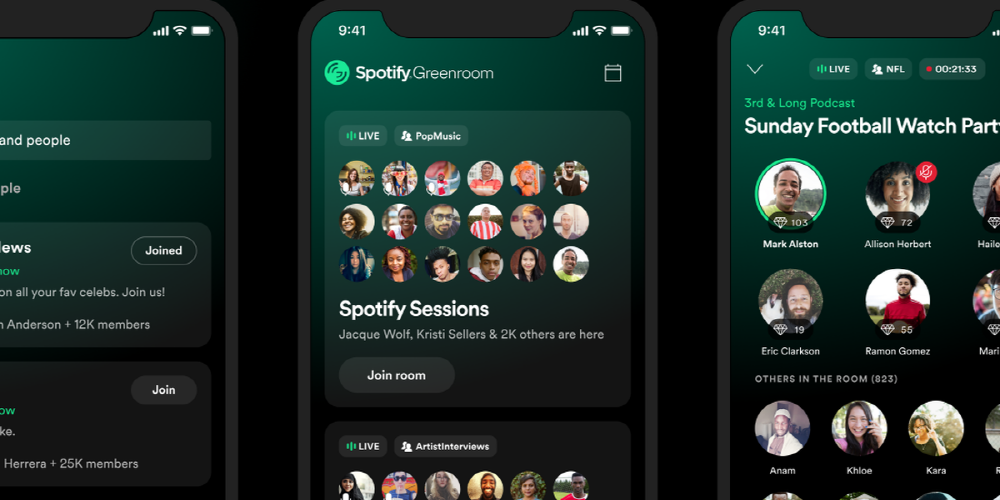 The Google Store is used not only for purchasing Google hardware such as Pixel, Nest, and Fitbit, but also for product technical support or as a showcase for new technologies. The store also prepares third-party accessories and peripherals such as smartphone cases, and sells products for Google fans such as T-shirts, hats, toys, and basketball-related items. In the future, we plan to hold regular events such as cooking using nests, photography classes using pixels, and YouTube concerts.

Starting with Clubhouse these days, Twitter is planning to launch Space, and this summer, Facebook will launch voice chat services such as Live Audio Room. Green Room is one of them. If you take advantage of famous artists, etc., which are also the strengths of Spotify, there is a possibility of taking over the entire community. Green Room is available for iOS and Android.

A group of nonpartisan lawmakers have submitted five antitrust amendments to the US House of Representatives to tighten regulations on big tech companies, including Google, Apple, Facebook and Amazon. Regulations on preferential measures such as own products on platforms, acquisitions of companies that may threaten competition, and anti-purchase laws that can expand and establish platform monopoly power, and the dominant platform uses its dominance to compete in ways that undermine free and fair competition These include laws that prohibit favoritism or disregard for companies, laws that mandate interoperability and data portability for businesses, and laws that increase acquisition fees by more than $1 billion.

Meanwhile, an antitrust bill has been introduced in the U.S. House of Representatives that would allow Apple to restrict the removal of pre-installed Apple apps on iPhones.

Netflix opened its first e-commerce site, Netflix Shop, on June 10. It is said that the service will be deployed in countries around the world over the next several months. Netflix Shop is focusing on UI, which is its strength, and is expected to release clothing and miscellaneous goods inspired by various works in the future. Expectations are high for what Netflix, which has come to commerce, will show in the future. Thank you.