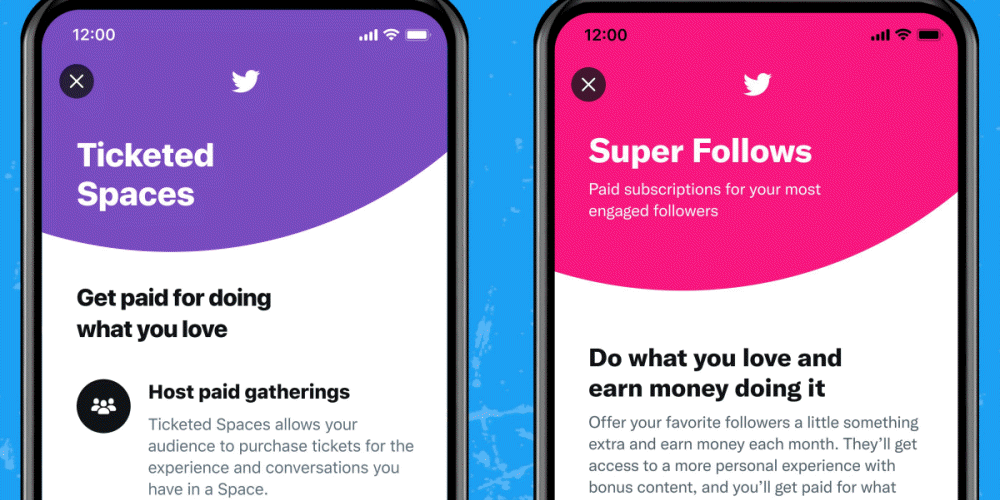 Twitter announced on June 23 (local time) that it will support sharing of Tweets on Instagram Stories in the iOS app. It is not yet available to all users, but it is said that it is being developed sequentially.

Instagram Stories allowed you to post screenshots of your tweets, but in the future you can share them directly by selecting Instagram Stories from the Twitter app share menu instead of screenshots. A similar feature is already provided by Snapchat, but unlike Instagram Stories, you cannot link to Twitter. In this sense, it can be said that there is not much difference from uploading a screenshot as before.

However, it can save you the trouble of taking screenshots. However, there is no specific mention of the Android version.

Super Follow is a paid following feature that Twitter announced in February 2021. With Super Follow, users are expected to view limited posts that cannot be viewed by regular followers and to bring revenue to content creators.

In addition, according to the Twitter Q&A page, in order to provide content to the Super Follow function, you must be 18 years of age or older, have 10,000 or more followers, and have tweeted more than 25 times in the past 30 days.

Twitter also provides a real-time voice chat function, Space, which is also called the Twitter version of Clubhouse, and has been available in the iO beta version in December 2020, the Android version in February this year, and a web browser in May.

The ticket space announced by Twitter this time is a feature that allows the introduction of paid tickets to the space, and the price of the ticket can be freely determined by the space organizer in the range of 1 to 999 dollars. In addition, while it was impossible to limit the number of listeners in the existing space, Ticket Space can set the number of listeners to 5 or 100. In addition, a function to deliver the start of space transmission via a push notification or an app is implemented.

Users who superfollow or use the ticket space can earn 97% of the revenue minus the fees according to the app distribution platform until the total revenue reaches $50,000. Also, if the total revenue exceeds $50,000, the commission goes up to 20%. Superfollow is only available on iOS, and Ticket Space is offering testing on iOS and Android. These test functions are provided only in the United States. Related information can be found here.