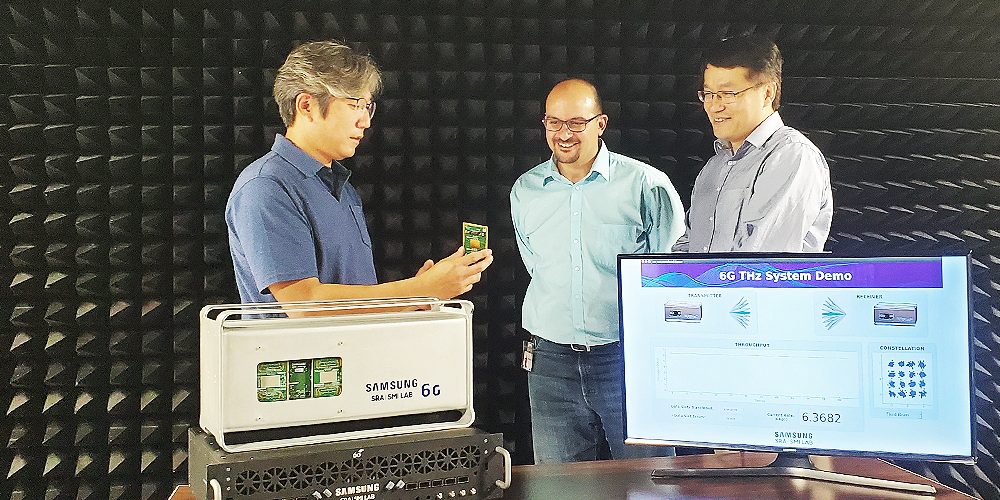 Samsung Electronics announced that it has succeeded in operating a terahertz band communication system by conducting a 6G test, a next-generation communication technology that has a data transmission rate up to 50 times faster than 5G.

The terahertz band is expected to be used as a 6G frequency band in the 100 GHz to 10 THz frequency band. According to the Samsung Electronics announcement, a research team led by Samsung Research, Samsung Research USA, and the University of California, Santa Barbara, succeeded in transmitting 6.2Gbps, or 775MB/sec, data at a distance of 15m between the transmitter and receiver in the terahertz band of 140GHz. For reference, the 140GHz band was first developed in 2017 by Mark Well, a professor of electrical and computer engineering at the University of California, Santa Barbara.

In March, Nokia and Turkey’s Turk Telekom recorded 5G speed communication of 4.5 Gbps or higher using special hardware. 6G uses the currently scarcely used terahertz band, but has the potential to achieve transfer rates of up to 1 Tbps, which means mobile devices will be able to wirelessly deliver 125 GB of data per second.

It may be difficult to say yet how much benefit 6G communication will provide to consumers, as telecom operators and service providers are having a hard time delivering the benefits of 5G to regular users who do not know the difference between Netflix HD and 4K image quality viewed on a small smartphone screen. . By the time 6G spreads, it may be possible to project 8K holograms from smartphones or experience complex virtual reality in real time with much higher resolution than now.

The advantages of 5G are clear to people living in isolated areas who have difficulty in introducing high-speed Internet at home or at work, and if the area of 5G application is expanded, it will be possible to easily provide the Internet at broadband speed without expensive and large-scale infrastructure modifications. It is known that 6G will appear in 2030 at the earliest. In the next nine years, smartphones may also develop further, requiring faster and higher-capacity communication. Related information can be found here.