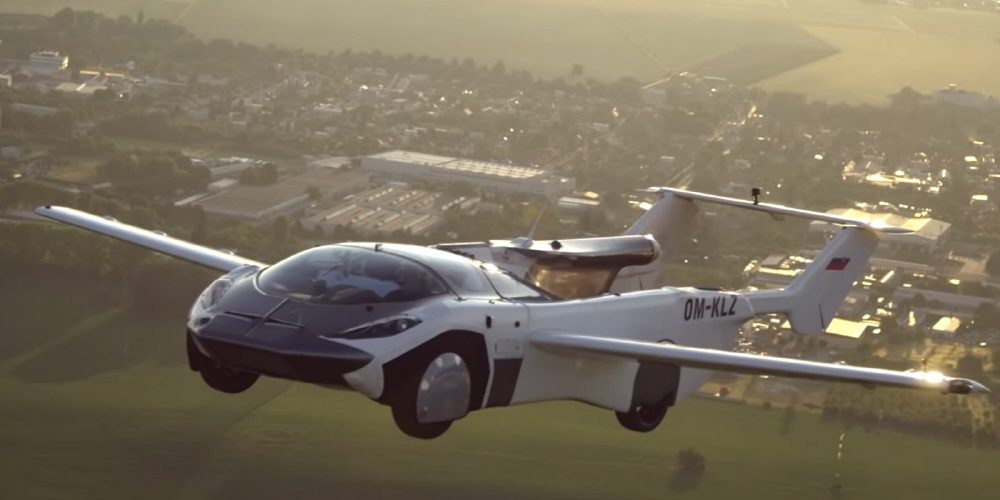 AirCar, a flying car being developed by Slovakian company Klein Vision, made its first intercity flight from Nitra Airport to Bratislava Airport on June 28 (local time) for 35 minutes. After landing, the Air Car transformed into a sports car and arrived in downtown Bratislava within 3 minutes at the push of a button.

Boeing chief technical researcher Branko Sarh praised KleinVision co-founders Professor Stefan Klein and Anton Zajac for their long-standing commitment to the development of flying cars, from a car on the road to a flying plane. Again, the automatic release of wings or tails to transport cargo for the opposite transformation is the result of pioneering passion, innovative spirit and courage, as well as outstanding engineering and expertise.

Air Car No. 1 has a BMW engine with an output of 160 horsepower and is equipped with a fixed propeller or an emergency landing parachute, so it has completed a test flight of more than 40 hours including a 45 degree sharp turn and stability and control tests under the supervision of the Civil Aviation Administration. In the process, it reached an altitude of 2,400 m or achieved a maximum cruising speed of 190 km/h.

Klein Vision is already preparing Unit 2 equipped with a 300 horsepower engine as the next step following this prototype. The European Aviation Regulatory Authority plans to obtain certifications for general airplanes, acrobatics, and commuting, and at the same time get permission to drive on the road as a European M1 passenger car.

However, there may still be difficulties in developing Unit 2. In order to realize a flying car, it is necessary to ensure the safety of occupants from a light aircraft to a car in an appearance that meets European standards. However, in the United States, the Federal Aviation Administration (FAA) is legalizing flying by awarding a special certificate recognizing that the Terafugia flying car belongs to the S-LSA, so there is a possibility that European regulatory authorities will follow this trend.

Professor Klein, who made the first successful intercity flight, was a person who previously developed a flying car in a Slovak venture called AeroMobil. However, the prototype crashed in 2015, and the pilot was parachuted to life using an emergency escape system. The following year, he left Aeromobile and founded Klein Vision. Related information can be found here.