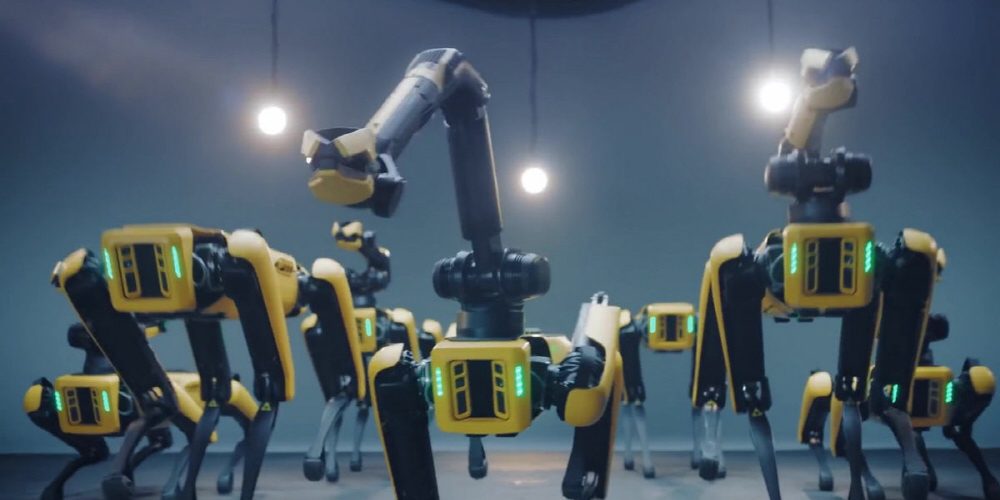 A quadrupedal robot that dances to BTS songs

Boston Dynamics, which develops various robots such as the humanoid robot Atlas and the quadruped robot Spot, has released a video of several spots dancing to the world-famous BTS song (IONIQ: I’m on it). If you watch the video, just like BTS, 7 spots appear in a row and dance as if singing directly while moving their long necks skillfully to the music. You can see detailed movements such as shaking your body or moving little by little in accordance with the sound at each spot. It was as if seven spots formed a formation to reproduce the dance movements of an idol group.

This video was released to commemorate the completion of the Hyundai Motor Group acquisition of Boston Dynamics. The reason for using a vehicle-related song released in 2020 seems to be because this song was used in a TV commercial for Hyundai Motor Group.