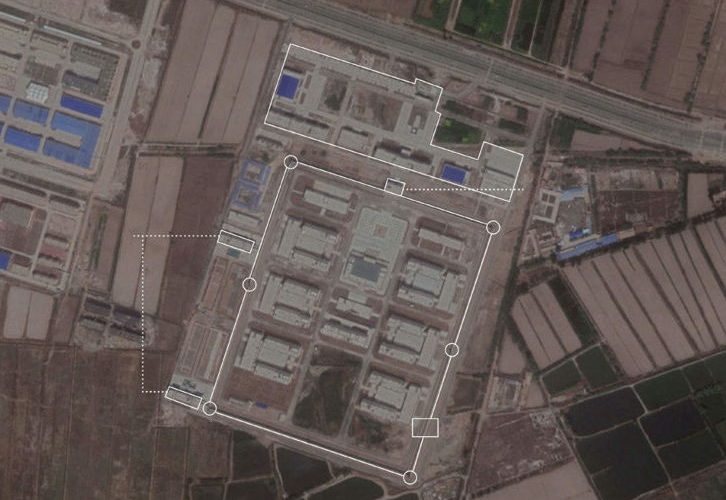 If you look at parts of Xinjiang Uyghur Autonomous Region in the map service provided by Baidu, a major Chinese search engine, there are areas that cannot be identified as white terrain. If you check the same spot on Google Maps, several buildings are lined up in the area painted white on the Baidu map.

According to Keeling, Chinese authorities have asked Baidu to remove facilities of strategic value, such as military installations and power plants, from the map. Likewise, the concentration camp location has been erased from the Baidu map. Keeling attempted to disclose the location and number of the concentration camp by checking satellite images of the deleted point from the Baidu map on another map service.

The reporting team compiled a list of branches in Xinjiang that were deleted from Baidu. It is said that the number of deleted branches reached 5 million. From 5 million points, 50,000 points including water, electricity, and roads needed for the concentration camps were selected and satellite images were checked one by one to find points to be considered concentration camps.

Released documents reporting the location and number of concentration camps Keeling discovered. This article was highly regarded as a persuasive article based on satellite imagery and architectural expertise, and won the Pulitzer Prize for Best Reporting.

He said that the camp exploration project showed that people with certain skills like himself could participate in the report and do interesting investigations that could happen elsewhere. He said that the project is still in its infancy and that more information about the camps will be conducted in the future. have. Related information can be found here.