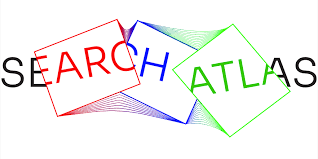 Because Google Search adjusts search results according to the language a user speaks and where he or she lives, even if you search for the same word in different countries, the search results will be different. To visualize these geopolitical information boundaries, a research team at MIT and Carnegie Mellon University developed a tool called Search Atlas.

According to the research team, the Internet is full of invisible boundaries geographically, linguistically, culturally and politically, which limit the information visible to individual users. It is pointed out that forming

Searchatlas can also do image searches. This makes it possible to map the world in terms of geopolitical information boundaries. Russia added Crimea to its territory in 2014, which is considered Ukrainian territory. In Russian search results, if you search for Crimean annexation, Crimea is part of the Russian Federation, but in Ukraine, Crimea is occupied, and in the Netherlands, Russia says about annexation of Crimea. The results are focused on sanctions.

Also, when searching for how to combat climate change, the same words as protection and sensible in high-income European countries such as Germany and Luxembourg tend to come up, but in island countries such as Mauritius and Trinidad and Tobago, more urgent, such as fatal, trace, and vulnerable. Words implying a crisis appear one after another. The search atlas can also be useful to know the key views on a particular topic by country and region.

Currently, Search Atlas is not disclosed, but it is said that they are considering expanding the service closed beta test in the future. Related information can be found here.