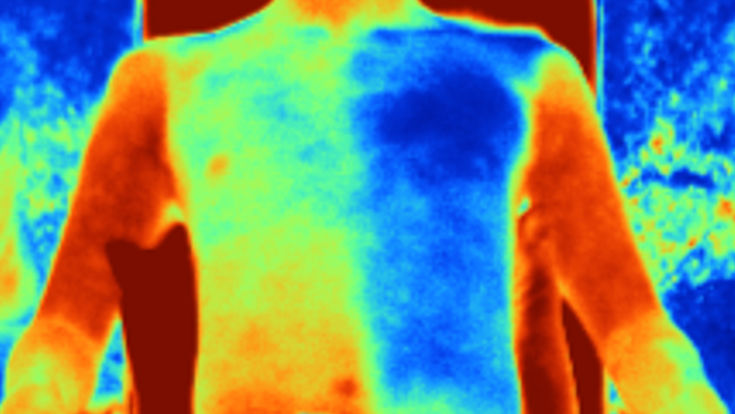 A research team from Huazhong University of Science and Technology (華中科技大) announced on July 8, 2021, a new material that can lower body temperature five times more than clothes made from ordinary fibers. The newly developed fiber can cool the body by reflecting infrared rays that are difficult to be absorbed by the surrounding atmosphere and releasing body temperature to the outside.

Many people wear brightly colored clothes to protect themselves from the sun, but this has the effect of reflecting visible and near-infrared rays to prevent a rise in body temperature, but the cooling effect is negligible because the near-infrared rays are absorbed by water molecules and heat the air around the body. do.

Therefore, the research team developed a fiber coated with a thin film of polytetrafluoroethylene by applying titanium oxide nanoparticles to polylactic acid and synthetic fibers. The appearance of this fabric is usually white cloth, but it has the ability to reflect not only visible light and ultraviolet light, but also mid-infrared rays, which are more difficult to be absorbed by water molecules than near-infrared rays.

To test the effect of this fiber, the research team made a vest made of half a new material fabric and the other half cotton, and had volunteer graduate students wear it and spend an hour in direct sunlight. As a result of measuring the maximum temperature with a thermal camera, the new material showed a difference of 3 degrees Celsius and the general material 36.4 degrees Celsius. In addition, as a result of measuring the skin temperature with a temperature sensor, the skin temperature rose to 31-37 degrees in one hour in hot weather, whereas the use of new materials only increased to 32 degrees, resulting in a 5 degree difference.

According to the research team, this new material can be processed in the same facility as ordinary textiles, and the manufacturing cost is only 10% higher than that of ordinary clothing. For this reason, the research team says that the new material test results show the potential of the new material to be applied to various uses, such as smart textiles, products for sun protection, and logistics. He added that he expects to sell clothes made of new materials in the near future. Related information can be found here.