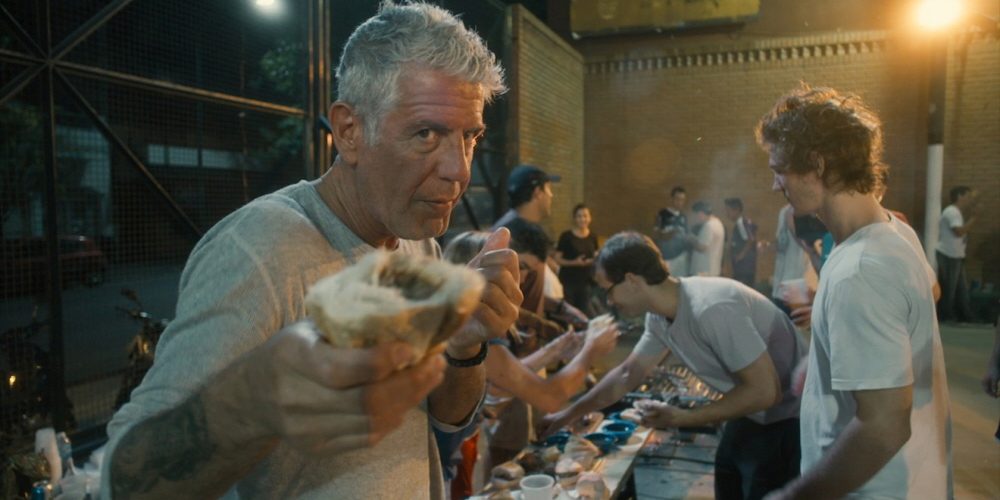 Roadrunner: A Film About Anthony Bourdain, a documentary about the life of American chef and program host Anthony Bourdain until her death in 2018, was released in the United States on July 16, 2021 (local time). . In this video, the deceased’s edited words were reproduced with his own voice using deepfake technology. However, on the Internet, there is a series of criticisms on the Internet that it is unethical to synthesize and say what you did not say with AI.

This documentary follows the life and career of Anthony Bourdin, a famous chef, writer and broadcaster. The production team was directed by Morgan Neville. According to reports, in the play, David Cho, a friend and painter of Bourdin, reads an email from Bourdin. The scene of reading the sentences weaving Bourdin’s anguish leads to a directing that changes from Jo’s voice to Bourdin’s.

For this scene, director Neville connected and used Bourdain’s voice extracted from TV, radio, podcast, and audiobook in the movie, but for the three scenes where his voice was needed, there was no recorded audio material, so it was commissioned by a software company. It said that it created an AI model by providing 12 hours of recorded data. It is said that AI synthesized speech was used.

Neville explained in an interview that he contacted Bourdin’s widow and the estate manager just in case and said he would have taken it. However, reports point out that director Neville’s remarks that Bourdain’s words were reproduced with synthetic voices caused a heated debate on social media. Bourdin’s ex-wife also testified on Twitter that he wasn’t the one who said he agreed. Bourdain’s actual voice had been used for many hours, so there would have been no need for an AI to use his voice, he wrote.

One journalism expert said that the use of new technologies, such as deepfake techniques, in journalism creates a huge ethical dilemma. If these kinds of techniques were used in fiction, they would be more tolerant, but documentaries are more sensitive to the idea of being deceived because they think they are real. pointed out that it will Related information can be found here.