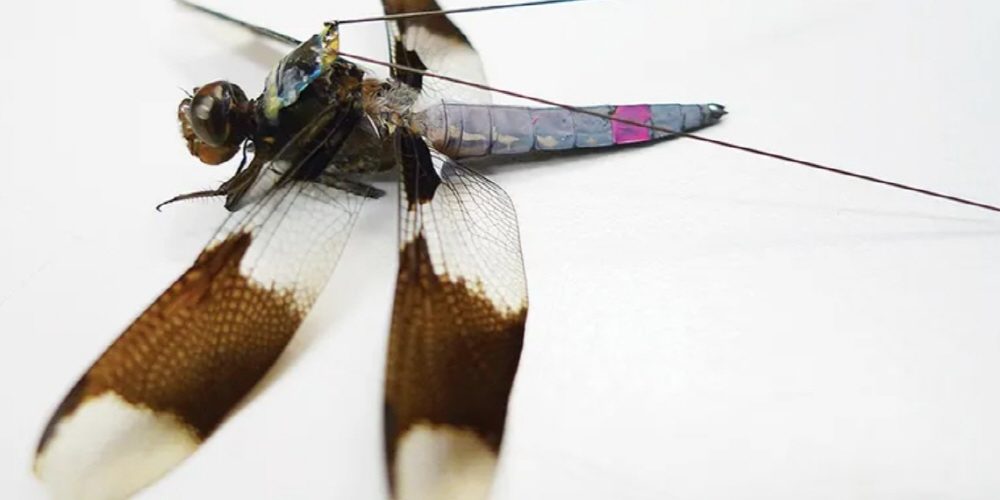 When it comes to AI, many people may have the impression that it mimics the human brain or has performance that exceeds the human brain. However, Dr. Frances Chance of Sandia National Laboratories (SNL) in the US, which conducts military science and security research, says he is developing AI that is modeled after the brain of a dragonfly rather than a human brain.

It is known that the human brain has a total of 86 billion nerve cells, or neurons, and realizes various tasks that require advanced cognitive abilities. Insects, meanwhile, have hundreds of thousands to a million neurons at most, but they still excel at certain tasks.

Dr. Chance, who conducts research on national security, is aiming to design a missile interception system with a dragonfly brain as a reference. It may be intuitive to go to bed for future computer systems, he says. He also pointed out that AI has a strong image that it imitates human activities or surpasses humans. However, developing sophisticated AI requires enormous processing power through high-performance computers and increases the cost of energy required for learning.

Dr. Chance, however, said he didn’t think it had to be really big and complicated for an artificial neural network. A simple and sophisticated balance is needed if you want to get the computational benefits triggered by neurons in the short term, he added. In other words, AI that specializes in a specific function does not necessarily have to have capabilities comparable to humans in all fields, so an insect-like AI that can efficiently achieve goals in a simple neural network is required.

The dragonfly has an excellent ability to chase and catch prey while flying, so the prey that starts tracking preys with a 95% success rate and eats hundreds of prey a day. Although many researchers have previously turned their eyes to dragonfly flight ability, and American institutions have been developing unmanned aerial vehicles that reference dragonflies, Dr. Chance is paying attention to the brain that dragonflies chase after prey.

It is said that when chasing prey, dragonflies move their body according to the movement of the opponent, and the speed of the dragonfly response to the movement of the opponent is only 50 milliseconds. Considering the time the eyes process visual information and move the muscles, the dragonfly brain grasps food and its location information from only the 3rd and 4th layers of neurons, calculates an appropriate tracking route, and moves.

If the dragonfly chases prey and reproduces the system with a neural network, it can be applied to an interceptor missile system that can calculate an appropriate trajectory without affecting the missile weight and power consumption. For civilian use, software and small unmanned aerial vehicles that track and repel interfering worms are conceivable to avoid collisions between autonomous vehicles and autonomous drones.

Dr. Chance built a three-layer neural network that replaces the nervous system to mimic the dragonfly brain. Dragonflies must use their eyes to identify objects in order to catch prey, and Dr. Chance simulates a dragonfly eye summary. Because dragonflies do not need three-dimensional depth to catch their prey, the first layer of the neural network placed 21 × 21 = 441 neurons representing the eye input. Another 441 neurons are placed in this layer to figure out where the prey is in the field of view.

In the second layer of the neural network, 194,481 neurons decide where to move their body based on the location information of the prey received from the first layer. At this time, the dragonfly does not simply follow the prey, but finds an appropriate position to catch the prey by fixing the image of the prey reflected in its field of vision with respect to its direction.

The third layer of the neural network gives instructions to move the body according to the processed information. When catching prey, the dragonfly’s movements change course and move while maintaining a constant angle with the prey. If the position of the prey in the field of view is kept constant, it can collide with and capture the path and prey in the future. In fact, as a result of testing this neural network, it is said that, despite a very simple model, it was able to catch prey well, such as bending or moving randomly in 3D space.

In addition, the model developed by Dr. Chance is hypothetical, and in order to confirm whether it is actually identical to the dragonfly brain, it is necessary to measure the electrical signals of the dragonfly nervous system during flight. Already, some researchers are developing tiny measuring devices to put on a bed, and they believe that in the future, neuroscientists will be able to compare models with dragonfly brains.

It is also pointed out that it may become possible to create a more efficient AI by referring to the bed. For example, a dragonfly can focus on tracking only a specific prey even if there are multiple prey candidates in its field of view. It may be possible to build a simpler and more efficient system by introducing a structure that deducts additional information from AI and focuses only on specific tasks. Not only that, dragonflies boast a frame rate several times that of humans, but their spatial resolution is only one-hundredth that of humans. In the task of catching prey that moves in three-dimensional space, spatial resolution may not be required up to this point. It is argued that there is a possibility to create an efficient AI system by referring to these characteristics.

Although early AI was developed with inspiration from the human brain, it is pointed out that today’s AI often relies on computations that are distinctly different from those of the human brain. At first glance, insects may appear to be simple animals, but in reality they have the ability to perform highly specialized tasks and can greatly contribute to the development of next-generation computers. Related information can be found here.