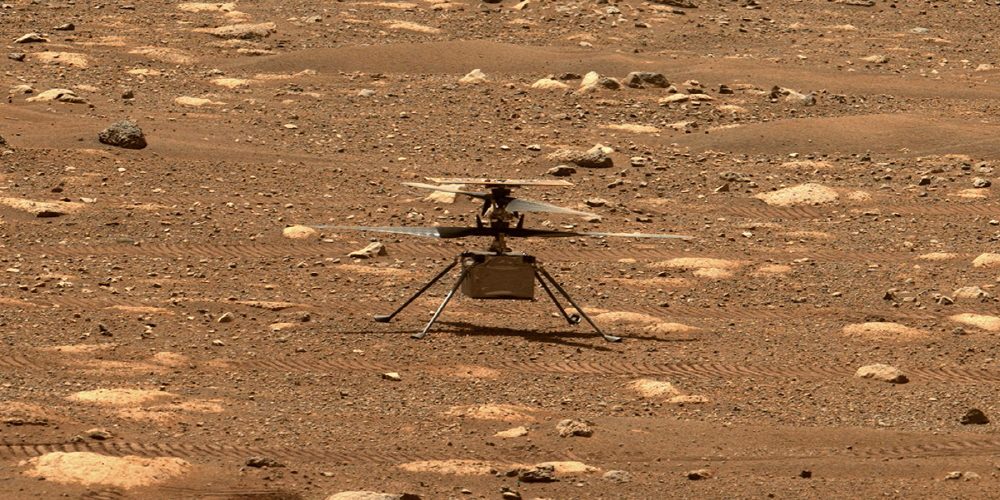 How does Ingenuity feel to fly over Mars?

The Mars helicopter Ingenuity, mounted on the imaging probe Perseverance launched by NASA in July last year, achieved the first human-powered flight to an extraterrestrial planet. It is expected to continue operating in the future, including a successful flight. In order to visually understand how Ingenuity actually feels like flying on Mars, an astrophotographer has created a 3D CG animation tool and released it on Twitter.

Blender, a 3D CG animation tool, was used for production and is based on the 9th flight video conducted on July 5, 2021. It starts with the take-off of Ingenuity from the point adjacent to the crater (Séítah). Because perseverance is a difficult terrain to drive, Ingenuity is also a place where Ingenuity can take advantage of flight. Also, in the video, the black line connected to Ingenuity is an imaginary line representing the flight path.

It took off by rotating the upper two propellers, reached a certain altitude, and then changed course to the horizontal. It moves horizontally at a speed of 5 m/sec, that is, 18 km/h, and maintains a height of 10 m above the ground. The distance to landing is 625 m and the flight time is 167 seconds.

The video is based on a series of photos taken during the Ingenuity flight released by NASA and instrument data during the flight. Related information can be found here.