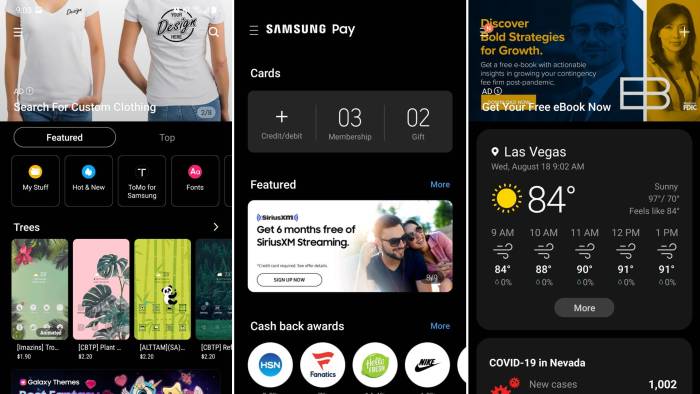 Ads are displayed by default in Samsung Weather, Samsung Pay, and Samsung Theme, which are Samsung Electronics’ own apps for smartphones. According to the report, an overseas review pointed out an advertisement displayed at the bottom of a cheap, high-load website in an app within Samsung Electronics’ latest high-end device, the Galaxy S21 Ultra, in January 2021. You can hide in-app advertisements, but these in-app advertisements received a lot of negative comments from not only consumers but also employees.

Samsung Electronics said that it has decided to abolish advertisements in its own app, and that the update will be carried out by the end of this year. “Our priority is to provide innovative mobile experiences in response to consumer needs and requests,” he said. Although the advertisement display in the mobile app was the result of seeking growth opportunities, it emphasized the importance of listening to the voices of customers and employees.

Samsung Electronics did not disclose a specific date when in-app ads will be removed, but reports suggest that will change in the upcoming One UI software update. Related information can be found here.