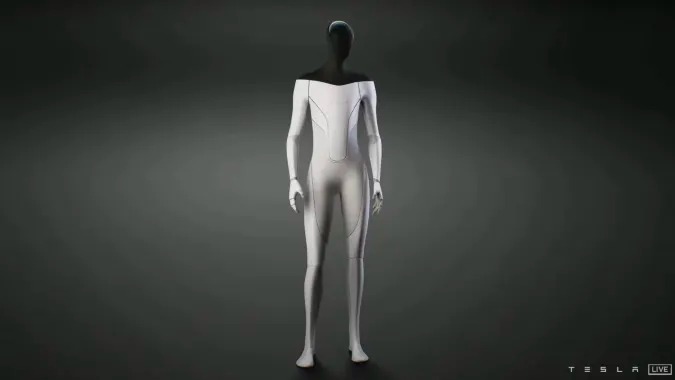 Tesla announced that it plans to develop and sell Tesla Bot, a general-purpose humanoid robot, during its AI Day event. Instead of a human, the robot goes to get something or does household chores.

Elon Musk, the CEO of Elon Musk, explained why he suddenly created humanoid robots. Considering that the self-driving AI developed by Tesla is already seeing and understanding the world as an image, and acting according to decisions based on that information, Tesla is already the world’s largest robot maker. that it has become

In other words, it is meaningful in that it is applied to something as much as having already highly evolved computer vision technology in hand.

Elon Musk said the Teslabot’s purpose is to perform tedious tasks, including repetitive movements. In other words, if the procedure is not too complicated, people think of robots that are good at silently doing simple tasks that people would get bored with. In addition, it can be substituted for work in dangerous places, but it did not explain specifically what kind of dangerous work it is. A longer-term vision is that Teslabots can perform the manual labor currently performed by humans.

In terms of hardware, it is equipped with a computer and sensor for FSD that Tesla cars are equipped with as an option, can lift objects up to 20 kg in weight, and can walk at the speed that a person walks. In addition, there is a screen that displays various information on the face part.

In addition, by using AI hardware with a configuration close to autopilot and FSD, Tesla can use what it has developed so far for Teslabot, and it can be said that it is enough to do basic research and development in surrounding recognition and other parts.

Elon Musk said he expects to have a TeslaBot prototype ready at a reasonable time next year. However, he added that the first prototypes will probably not work. In other words, it is highly likely that what comes out next year is not yet at the level of being called a robot. And for Elon Musk’s plan to become a reality, he may have to wait a year or two longer than he says. Related information can be found here.