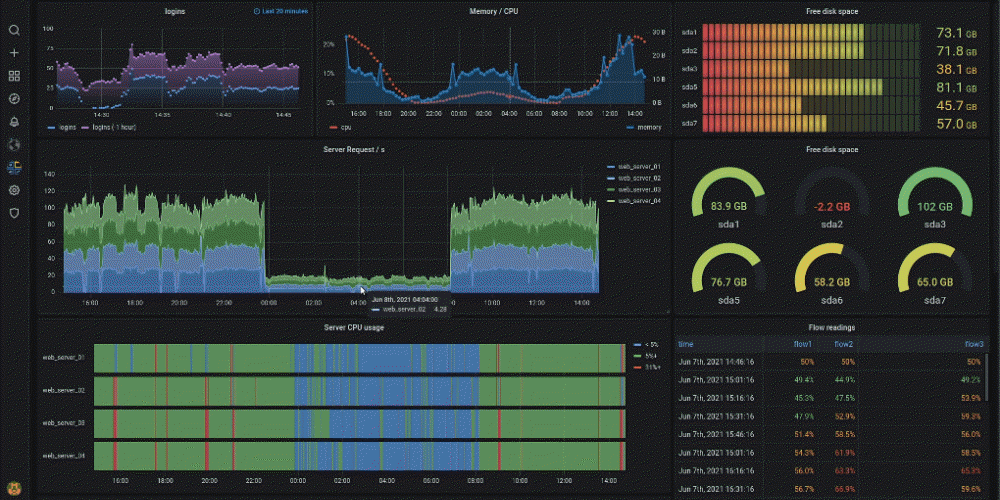 Developed by Grapana Labs, Grapana is a web application that displays various data graphically. It is used in various places such as web server monitoring and smart home dashboard. Grapana Labs has 1,500 customers, including Bloomberg, JPMorgan Chase, eBay, and PayPal, and is used in more than 750,000 projects worldwide.

Such Grapana Labs succeeded in raising $24 million in 2019 and $50 million in 2020. Then, on August 24, 2021 (local time), it announced that it had successfully raised $220 million in funding from major venture capitals such as Sequoia Capital. Raj Dutt, CEO of Grapana Labs, said the funding will free them to focus on driving the development of an open source observation platform and supporting its success. He also cited the opening of 50GB monitoring to Grafana Cloud free users as an example of the use of funds. It also added that K6, a load test tool, and a tool development company (Pace.dev) team were added recently. Related information can be found here.