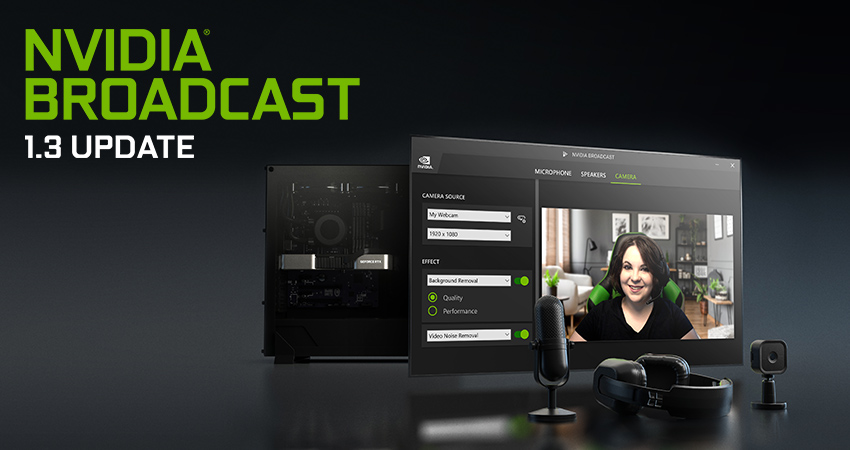 NVIDIA has updated the NVIDIA Broadcast version to 1.3, an app that supports video transmission through GPU processing. This allows high-definition DSLRs to be used in the same app.

Nvidia Broadcast is an app that combines the performance of Nvidia’s GPU series, GeForce RTX, and processing by AI. For example, it provides functions such as removing background audio noise, blurring the delivery background, or replacing it with another image.

Regarding noise removal, if you suddenly speak loudly or in a high tone during the video, the sound is also judged as noise and removed. However, in version 1.3, a dedicated training sample profile is provided, enabling both noise cancellation and voice retention.

Until now, using multiple AI processing such as voice, speaker, and camera at the same time limited the amount of VRAM available. However, in version 1.3, it has been redesigned to minimize the load on the system by reducing VRAM usage by more than 40%.

Recently, more people are trying to deliver video games, such as games, because they are often at home due to changes in their lifestyle. At this point, Nvidia Broadcast, which can utilize the remaining GPU power, can help. Related information can be found here.