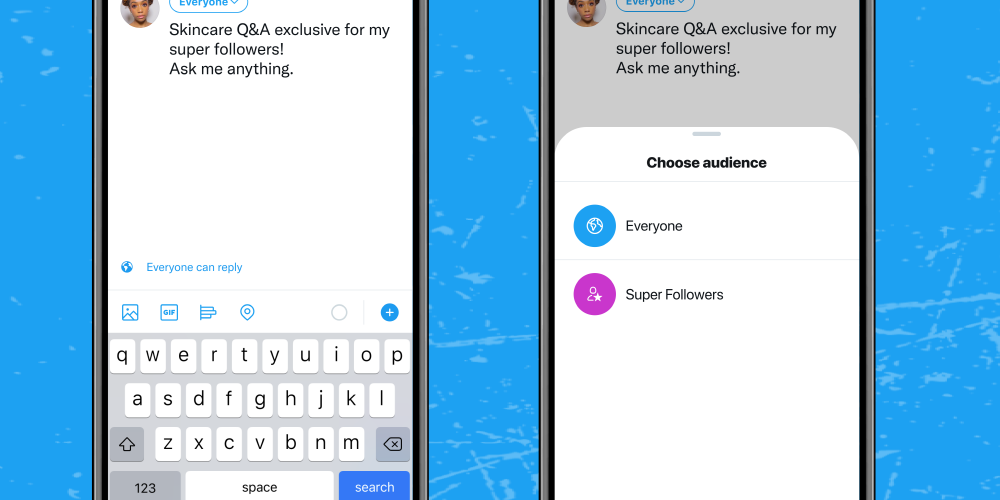 On September 1st (local time), Twitter began offering Super Follows, a subscription feature that allows creators to deliver special content to their followers, to select users in the United States.

Super Follow itself started accepting applications in June, but only a few are currently available. Super Follow is a structure where creators can earn monthly revenue by providing subscriber-limited content. Subscriptions are $2.99, $4.99, or $9.99 per month for creators to choose from.

So far, you can only post tweets that can only be seen by subscribers, but we plan to add newsletters or subscriber-only spaces in the future. Space also started a ticket space a while ago, and it seems that there are more and more ways for creators to make money.

In addition, the currently available creators are limited to residents of the United States, have more than 10,000 followers, and must be 18 years of age or older and have tweeted at least 25 times in the past 30 days. In addition, the number of tweets for subscribers is currently limited to iOS, but Android and web versions are scheduled to be supported sequentially. Subscriptions are currently limited to iOS users in the US and Canada, but are expected to roll out globally in the coming weeks. However, this is only for iOS. Related information can be found here.

Meanwhile, Twitter has started introducing Safety Mode, which automatically blocks harassing accounts for smooth communication. Turn on the safe mode toggle switch to automatically block accounts that make abusive comments or sexually harass you. Safe mode is a function that temporarily blocks an account. The default is 7 days, and a notice is issued when the expiration date is near.

Auto-blocked accounts cannot send tweets or direct messages to the account. Also, even if you are automatically blocked, you will not be automatically blocked from the person you are following because the relationship you have made so far on Twitter is taken into account. In addition, as there may be cases of automatic blocking due to incorrect recognition, it is possible to release the target at any time. Safe mode will be tested and introduced sequentially in English setting accounts. Related information can be found here.

Twitter also reported that one of the features it supports, the Tip Jar, will soon be able to send and receive bitcoins. This function is currently restricted to English-speaking users, but it is said that it will be rolled out to other regions in the future.

The possibility of sending and receiving bitcoins in Tipza came about when an app developer leaked an image to Twitter explaining the introduction of Twitter’s bitcoin sending and receiving function on September 1, 2021. It explains what Bitcoin is, and explains how to send and receive Bitcoin using the Lightning Network, a blockchain protocol that can be done through the payment service Strike. After the tweet, a Twitter product development leader acknowledged the fact by citing the tweet and retweeting it soon. However, it is not yet known when the tipster will be able to send and receive bitcoins or if they are targeting users in any region. Related information can be found here.