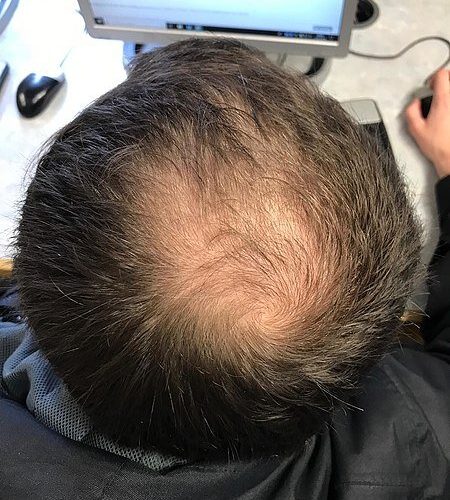 For those who feel baldness or androgenetic alopecia as a complex of thinning hair or receding hairline, various treatments are being sold in the market, and many methods of promoting hair growth are being studied. This time, a research team from Zhejiang University in China announced a treatment that regenerates hair by attaching a patch lined with fine needles.

In general, the cause of androgenetic alopecia is blockage of blood flow around the hair follicle, which may be a lack of supply of nutrients and cytokines necessary for hair growth. In addition, one of the causes is that active oxygen accumulates in the scalp and the cells necessary for hair growth die due to oxidative stress. However, it is said that many hair growth methods that exist in the world do not solve the fundamental problems such as insufficient blood flow and oxidative stress.

As a result, in both patches, the effect of the microneedle physically stimulating the skin near the hair root and creating new blood vessels was recognized. In addition, in the group injected with the cerium-containing nanoparticles, symptoms of hair growth from the root can be seen faster, such as premature skin pigmentation or an increase in compounds seen when new hair grows. In addition, it has been confirmed that the amount of skin oxidative stress compounds in mice injected with cerium-containing nanoparticles is low.

After observing the progress, it was confirmed that new hairs grew faster in the mice with the microneedles injected with cerium-containing nanoparticles than the group with the microneedle patch without nanoparticles and the group treated with the general treatment. Also, there was no serious skin damage caused by applying the patch. The research team is revealing that the method of injecting microneedle patch cerium-containing nanoparticles is promising for the treatment of androgenetic alopecia patients. Related information can be found here.