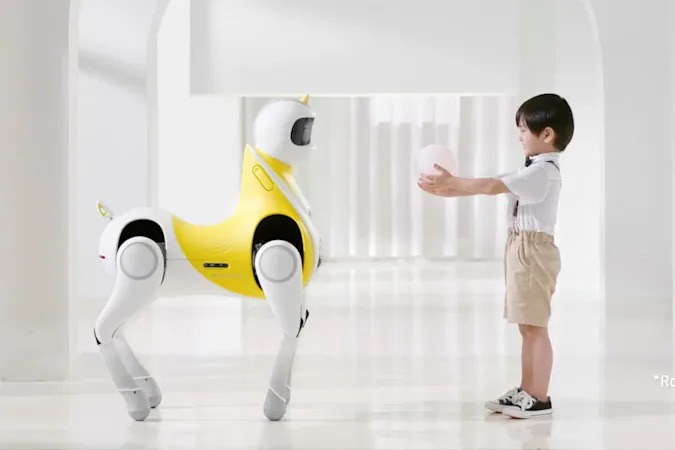 Unicorn robot for children unveiled by an EV company in China

Xpeng Robotics, a subsidiary of Xiaofeng Motors, a Chinese EV startup, has released a preview video of a baby unicorn robot. According to the report, the unicorn robot uses the autonomous driving AI technology developed by Xiaofeng to perform gait search in response to various terrain and provides a response that responds to emotions.

There is no technical explanation of what the structure is, but compared to the Boston Dynamics spot, the design has horns on the head, but it can be seen as a 5-6 year old. In fact, they are promoting that they will be able to carry children on foot.

There is no information about the release date or price range. A few prototype robots appear in the middle of the video, but no special autonomous movements are shown. Related information can be found here.