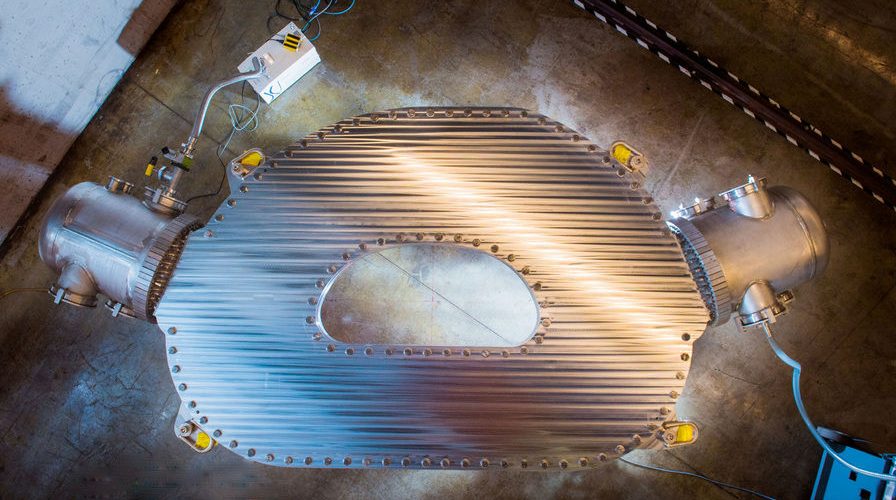 What MIT reports this time is that it has realized the world’s most powerful superconducting electromagnet, which is essential for achieving fusion power. Nuclear fusion is a type of nuclear reaction in which two atoms are heated, turned into plasma, and fused. In this process, the plasma reaches a high temperature of 100 million degrees or more. Since materials that continue to remain in a solid state at this level of high temperature are considered non-existent, a technology that continuously confines plasma and floats it in a magnetic field is mainly employed in fusion reactor projects that are currently under development.

In the existing method, there was a problem that the equipment itself became huge to keep the plasma heated to several hundred million degrees. However, MIT and nuclear fusion startup Commonwealth Fusion Systems were targeting a recently discovered rare-earth barium copper oxide coil that exhibits 20 Kelvin superconductivity as a power source, keeping the size of a superconducting electromagnet at a height of 3 m and a length of 1.5 m. It has been reported that a high-temperature superconducting fusion magnet has achieved a magnetic field strength of 20 Tesla, which is the strongest ever.

This superconducting electromagnet development project started in 2018, and the announcement at the time said that it would be completed within the next three years, so the project is underway as an observatory at the time. The final goal of this announcement, the completion of the fusion power plant, is within 15 years, and if progress continues in the future, the fusion power plant will be completed by 2030.

Although this study is a proof-of-concept that corresponds to the pre-construction stage of a fusion power plant, MIT is revealing that the completion of this superconducting electromagnet has overcome the biggest technological barrier. He said that it has achieved one of the most important milestones for the realization of a fusion power plant, stating that nuclear fusion is the cleanest energy because it uses only water as a fuel. Related information can be found here.