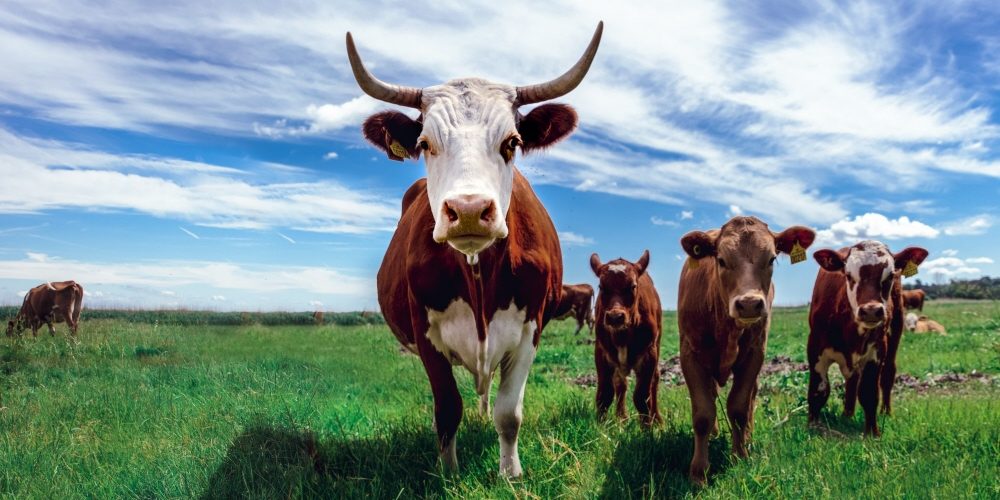 In the impact on global warming, agriculture cannot be excluded from greenhouse gas emissions. As with cow dung and burping, it’s hard to quit juicy meat. For this reason, the meat industry and scientists are paying attention to livestock feed. Mixing it with seaweed can almost completely eliminate methane burps.

In the United States, President Biden declared a return to the Paris Agreement, but there are rumors among Republican supporters that Americans should reduce beef consumption by 90% after the return, or young people are eating hamburgers about the Green New Deal policy that promotes environmental and economic revitalization. They oppose not to take away the right to eat.

It is well known that cows are bad for the environment because they eat a lot of grass, but now we know that the methane released by microbes that break down food in the stomach can also have a bad effect on the planet. Americans consume 25 kg of beef per year. It is significantly reduced from the peak of 41 kg. However, meat consumption is on the rise worldwide, and the Earth’s methane production is increasing and the temperature is rising. We are in a situation where we cannot talk about climate change measures without talking about reducing livestock methane emissions.

The UC Davis research team, which was investigating the relationship between methane and seaweed, said they are studying not only seaweed but also various other things that might be better. The cow’s stomach is very strong and can digest what humans cannot digest, so it is a win-win for each other by feeding on what humans cannot digest and providing meat that can be a high-quality protein source. The results can also help reduce food waste and countermeasures against netan burps.

You can feed them with agricultural shavings, such as nut shells and cottonseeds. Of course, corn or soybean feed also reduces burping compared to general feed, but seaweed is more special. According to a recent survey, a small amount of mixing is enough to save up to 80%, and it is possible to confirm a greater methane reduction effect than any feed that has been seen so far.

Of course, there are different types of seaweed. The red algae (Asparagopsis taxiformis), which has the highest methane-saving effect, is said to act directly on the microorganisms in the body, the source of methane. When the seaweed was mixed and fed to cows and the burping of the cows was measured, methane was drastically reduced by just mixing a little seaweed every day.

What’s even better is that there is no difference in taste. In the future, it is in the stage of clinical trials with the US Food and Drug Administration (FDA) for approval for commercialization. Of course, mass production is expected to take more time.

Mass production is working all over the world. Blue Ocean Barns is one of them. It is said that the company was founded during the Stanford program with the belief that cattle also need Tesla. It is said that methane emissions can be reduced by 80-90% just by mixing the right amount of fresh seaweed. The remaining challenge is how to feed the cows around the world. The company’s banner is to commercialize the pipeline. It aims to realize aquaculture through vertical tanks located in the sea or on the ground. Of course, it is pumped in deep sea with a pump. It is currently in the stage of producing growing species, and plans to open a farm in Hawaii this summer.

Of course, the question is how reproducible the methane emission reduction achieved by the UC Davis study will be in real-world scenarios. Cattle methane emission mainly occurs in the ranch, but the experiment used was the feedlot, where beef cattle spend their last moments of life, so it is necessary to find a method suitable for the practical scenario of feeding seaweed to grass-grazing cows on the ranch. It also points out that besides feeding on seaweed, the methane a cow emits over its lifetime will be reduced by only 8.8%.

The weather-changing challenges surrounding the meat industry are as numerous as cattle burps and mountains. Deforestation and grazing are depleting forests, causing agricultural pollution in all aspects, from fertilizer use to transportation. Carbon dioxide, the main culprit of greenhouse gases, and nitrous oxide, the second main culprit, are also produced. It could be a solution to some of the meat industry’s problems. Related information can be found here.