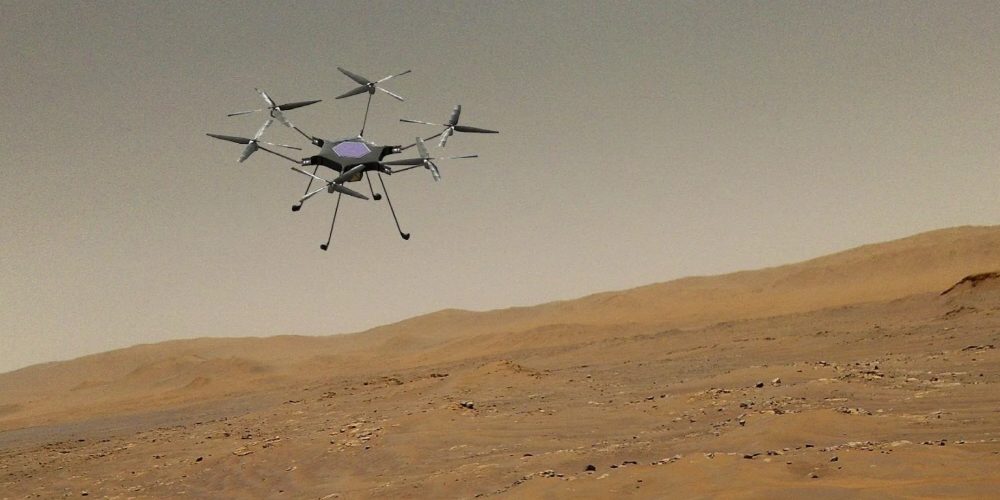 Ingenuity, an unmanned helicopter developed by the National Aeronautics and Space Administration (NASA), flew on Mars, achieving the feat of powered flight on a planet other than Earth for the first time in human history. How will NASA develop these helicopters in the future?

NASA succeeded in Ingenuity and proved that it is not only possible to fly to Mars, but also has practical and scientific value. NASA is trying to develop a new helicopter following Ingenuity. It was three years ago that NASA started the concept of a new helicopter, the Mars Science Helicopter (MSH), and the Ingenuity design and test was almost completed. A helicopter that can fly on the surface of Mars alone without the need for rover support from the Mars Exploration Station (JPL), a NASA-affiliated jet propulsion laboratory that developed Ingenuity, a robotics engineer from the Ames Research Center, and AeroVironment, an unmanned aerial vehicle development company Started research to create A device capable of moving through the air, capable of extensive navigation and of points beyond the reach of vehicles, and taking samples from the ground or taking pictures of the surface at different heights of flight, was a big goal for scientists.

There are two major MSH missions set by the developer. One is to investigate where rivers and lakes existed 3.5 billion years ago, and to take samples using arm and micro-drills. The other measures a wide range of surface data, including neutron spectrometers and infrared sensors. Designed to solve this mission, the MSH has a hexacopter structure with a diameter of 4 m, a weight of 31 kg, and six propellers. The maximum speed is 30m/sec, and it is said that it can fly up to 10km by charging with the solar panel installed on the top. The charging time is 1 day based on Mars.

Since the MSH design is being done in the pre-flight stage of Ingenuity on Mars, I also learned from the Ingenuity flight that it can find a safe landing place even with a relatively low-resolution image and what kind of flight it can fly in strong wind conditions. It worked. The JPL engineer explains that some of the problems he thought were difficult were not too difficult and that Ingenuity exceeded expectations when it came to control functions.