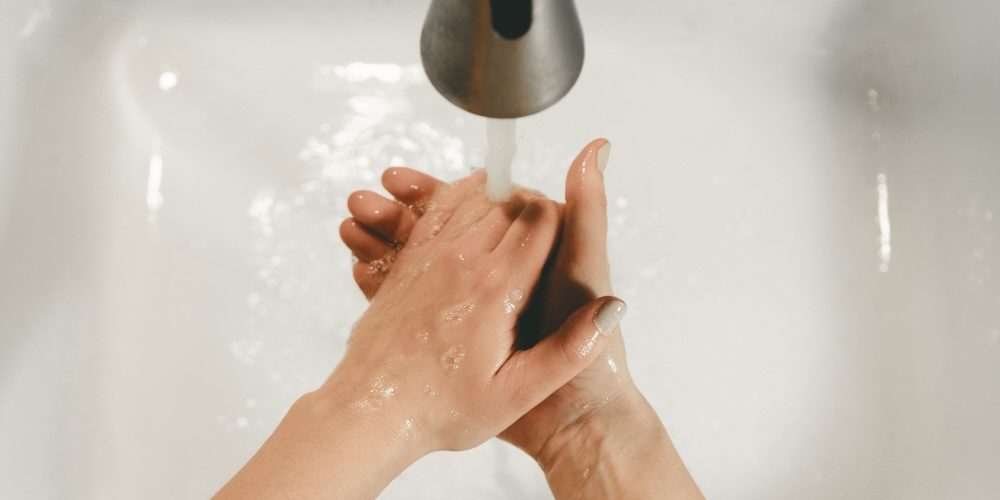 A study that simulated particle behavior in a mathematical model again showed that washing your hands for 20 seconds can effectively remove viruses from your skin. This is a physical proof of the 19th century Hungarian physician Semmelweis Ignác Fülöp, who discovered the importance of hand washing before the existence of viruses or pathogens was known.

British consulting firm Hammond Consulting Limited scientist Paul Hammond used a mathematical model to simulate the movement of virus and bacterial particles during handwashing. In the Hammond model, the skin is defined as an object with a rough surface, and hand washing is reproduced by supposing that the skin is rubbed with a thin fluid film in between.

As a result of the simulation, it was found that a certain amount of energy is required to transfer the particles adsorbed on the surface of the hand to the liquid. This means that to effectively remove particles from your hands, you will need to speed up the rubbing motion and increase the speed of the washing water.

In this study, when variables such as hand movement speed were set to reasonable values, it was possible to obtain simulation results that the time required to remove particles from the hand surface was 20 seconds. This is roughly equivalent to the handwashing time recommended by the World Health Organization (WHO) in hand hygiene guidelines. Hammond said that although not all of the effects of hand washing have been elucidated because chemical or biological actions such as the effect of soap destroying virus particles are not considered, this study will serve as an important basis for various studies in the future. Related information can be found here.