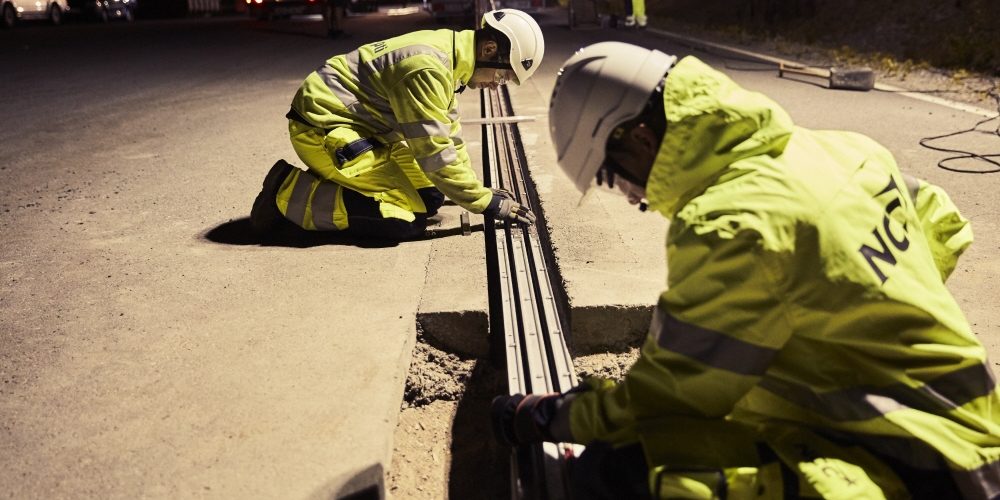 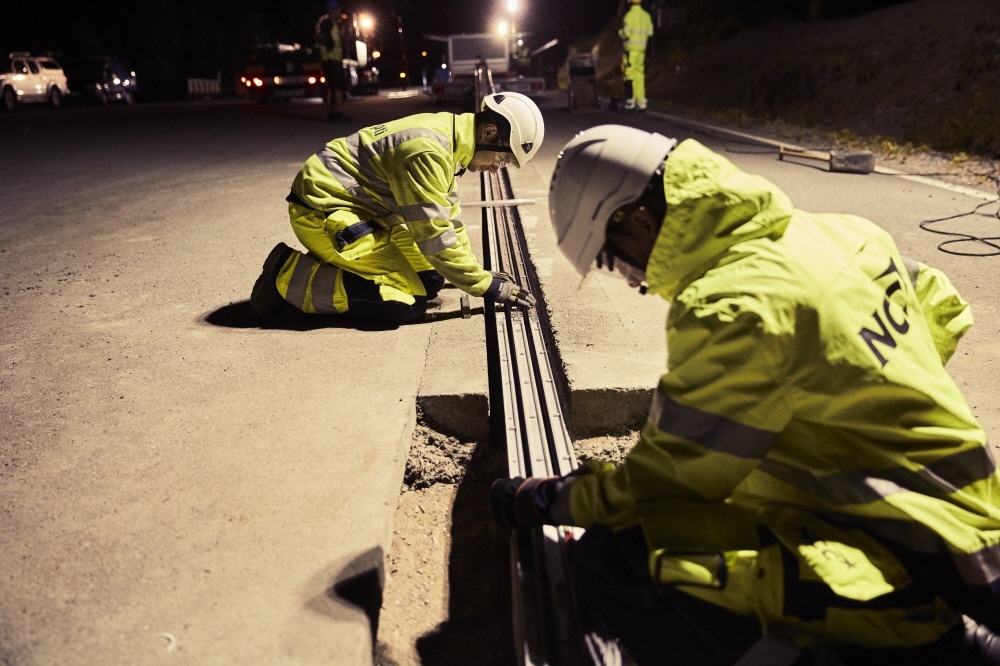 Over the past few years, interest in electric vehicles has steadily increased. The background of this concern is also the reduction of carbon dioxide emissions. However, one of the stumbling blocks to the spread of electric vehicles is battery performance. Due to the small size and long charging time, electric vehicles still have difficulties in practical use. However, Sweden is the first country in the world to introduce electrified roads with electrodes on the road to solve these battery problems.

Electric roads first appeared in the suburbs of Stockholm. Two electrode lines were buried in the road. Thereby enabling charging of a car battery running on the road. The length of the electric road is 2 km, and electrode lines are connected every 50 m. Charging begins when the arm on the bottom of the vehicle comes down and contacts two of the electrodes. Charging is done while driving on this road and charging is stopped when the arm is raised again. The charge state of the battery is said to be charged according to the charge amount per unit.

Electricity roads can be buried on existing roads, but the cost of installation is 1 million Euros per 1km. The price is one-fifth of the cost of introducing a tram that uses electricity as a power source. It also has the advantage of lowering the additional cost of converting commercial electric vehicles to electric roads. The Swedish government is also considering exporting electric road technology to neighboring countries as well as supplying it nationwide.

The Swedish government is planning to reduce fossil fuel consumption by 70% by 2030 to escape dependence on fossil fuels. Electric vehicles can be one of the important means for this. The introduction of electric vehicles is estimated to reduce carbon dioxide emissions by 90%.

There are 500,000 km of roads in Sweden. Of these, the highway is 20,000 km. The distance between the highways is up to 54km. Therefore, there is an opinion that it would be enough to introduce an electric road along the highway 20,000 km. In other words, until you get to the highway, you can go to the highway because the electric car with the small battery capacity can go long enough.

As the electrode is laid on the road, rain or snow can irritate the safety problem. However, eRoadArlanda ( https://eroadarlanda.com ), a leading electric road project, considers that currents are basically flowing below 5 to 6 centimeters below ground, and that flooding, of course, The surface voltage is about 1V, and it is said to be able to walk with bare feet. There is no problem with safety. The Swedish government is continuing the demonstration experiment on the electric road and aims to put it into practical use in the near future. In addition, the company has also started negotiating networking with Berlin, Germany. Sweden is developing an electric road in direct contact with the electrodes, but in the case of Israel, ElectRoad ( https://www.electreon.com ) is developing electric roads using non-contact power distribution. Electrode also supports a technology called Dynamic Wireless Power Transfer (DWPT) that not only recharges, but also allows the sharing of electrical energy among vehicles.

Qualcomm is also developing Halo for the same reason. Halo is a system that allows you to drive an electric car or charge power from the road using electromagnetic induction principle. Halo says it can send up to 20 kW of power to the vehicle. You can send power to two vehicles running at highway speeds.

In Korea, KAIST developed SMFIR (Shaped Magnetic Field In Resonance) of online electric car. Therefore, the pilot operation of electric car which can be run by receiving electric power wirelessly using self-resonance shaping technology was carried out in Gumi City in 2014 have. In the UK, Highways England, a road construction company in 2015, has also been involved in road-related projects to charge electric vehicles.

Whether it is contact or contactless, electric roads are an attractive way to solve the battery problem, which is still the largest unit and weight of the vehicle itself. Battery prices can continue to drop, but still help reduce the price of electric cars if they can reduce battery capacity, which is a significant proportion. Of course, as the weight is reduced, the fuel economy is getting better, and of course it can make electric cars more attractive economic means. Reducing the battery footprint in the vehicle can also give design flexibility. It is good to pay attention to the move to promote electric roads such as Sweden and Israel.