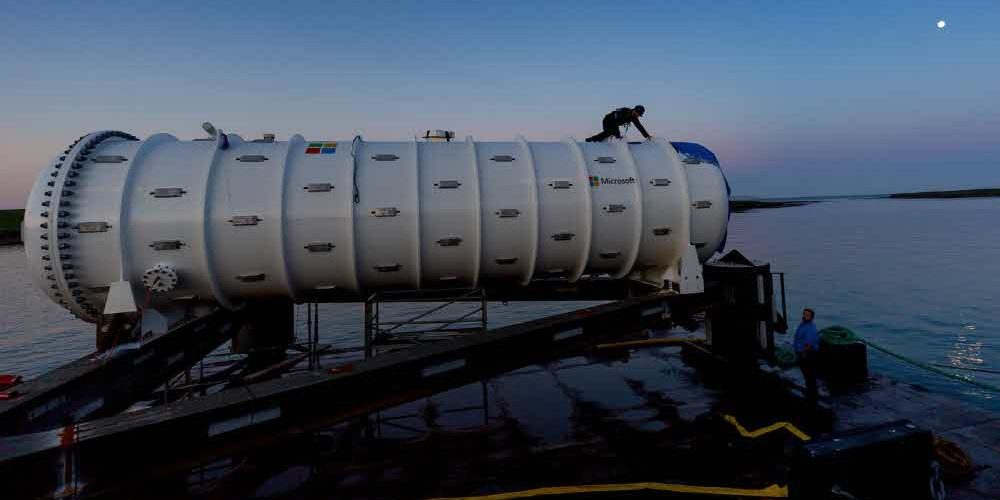 Microsoft is building a data center at sea. The data center, which is scheduled to be installed on the coast of Scotland, will operate on renewable energy only.

According to Project Natick ( http://natick.research.microsoft.com ) released by Microsoft, the maritime data center has a container structure that is sealed with metal to prevent water from entering the outside. Connect submarine cable for external power supply or communication. The container contains 12 server racks with 864 servers and 27.6PB capacity storage. When deployed at sea, the server administrator remotely manipulates it. Though not the sea, in the mid-2000s, Sun Microsystems envisioned a project to deploy server devices in a container box. Project Blackbox. The container length was 6m, the ISO standard. If the server hardware is contained in the container, it can save space and reduce the electricity rate by improving cooling efficiency. Cooling efficiency is because the container itself is an enclosed space, so it is not necessary to cool unnecessarily. At that time, the power source also considered wind power generation.

As with Google and Facebook, Microsoft has been around for a long time to improve data center efficiency. In 2008, Microsoft launched a roofless data center initiative. They modularized all the buildings themselves as well as the racks and tried to replace the server buildings with containers. Containers contain electrical and security-related materials and facilities as uniform standards. If you use this method, you can build a data center simply by loading the same standard container. Of course, you can also reduce the labor costs of construction workers. The construction period is the same. If you need more servers, you can add scalability because you only have to add containers. Connecting containers together creates a big data center. This is similar to Ford’s, the car manufacturer. In this regard, attempts to utilize containers to build data centers have been around for a long time.

Another attempt to leverage the seas, though not at the data center, is Russia’s Akademik Lomonosov, a naval nuclear power plant that has just stood out. The offshore power plant, which started construction in St. Petersburg in 2009, was completed in April of this year after 9 years of resumption due to the bankruptcy of the shipyard in 2010. Academy Kromonsof is equipped with two reactors and the power output is 70MW. After moving to Murmansk and installing nuclear fuel, it will be moved to Pebek, the final port of Russia, through the Arctic route from 2019, to operate as the world’s northernmost nuclear power plant. There are many advantages, such as the fact that the sea is safer, tidal waves act as cooling water, and there is no need to secure a site.