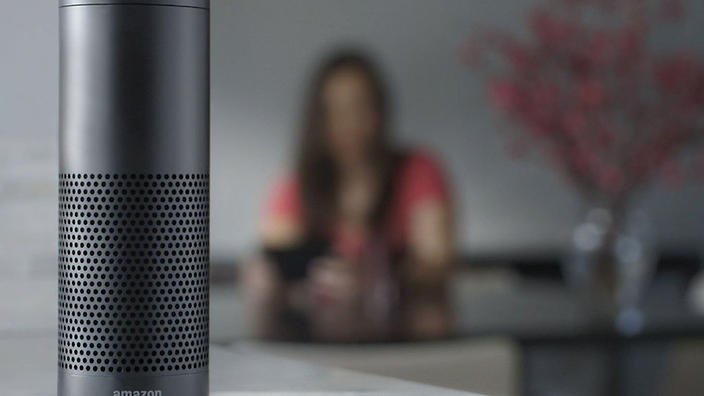 Already, Amazon has been pointing out the possibility of eavesdropping through Amazon Echo since last year, but recent events using the Amazon echo to hear conversations at home remind people of distant places.

Daniel, who lives in Portland, says the conversation in the home has been passed on to the acquaintance through the Amazon echo. Amazon also confirmed this fact and said that the incident in her home is very rare. We have been investigating what is happening about the privacy issue and it is extremely rare, and we are in the process of preventing the same thing from happening in the future.

I installed an Amazon echo in every room in her house and echoed the heating and lighting lights. One day, my husband ‘s colleague called me and told me to turn off the echo right now. The voice file containing the conversation in the house entered itself. The distance to Seattle where my co-worker lives is 280km. I thought that was not possible, but I was surprised to see a colleague tell the story of the family. The reason I heard the conversation unauthorized is because the voice file was delivered to the address of the person registered in the address book.

According to the Washington Post, Amazon’s own investigation found that Alexia started working, recognizing what Alexis found in the conversation at Daniel’s home, and Alexa recorded the conversation, misunderstanding that he had been ordered to send a message during the conversation. In this case, Alexa can check the message and send a voice message to the colleagues registered at the address.

Even if it is not such a coincidence, it continues to point out the possibility of eavesdropping via malicious code on Alexa installed in Amazon eco. In the case of Alexa, you can see all what the user told Alexa through the app settings. It is also possible to listen to voice recordings or delete individual recordings. Checkmarx, a security company, reported that it made a malicious app and informed the Amazon success by experimenting to record all the sounds without warning to the user and let it leak to the outside.

MRP Labs warned in a similar fashion that hacking last year could turn Echo into an eavesdropping device. With the highest privileges of the Linux operating system, malicious code can be installed without any physical evidence, allowing permanent remotely access to the device, enabling remote listening and streaming of audio through the microphone.

At the time of the actual murder in the state of Arkansas in the United States, the victim was found dead in his bathtub. A friend of mine, while claiming to be an accidental drowning, was questioned by a police officer about the murder, and Amazon Echo, who was near the bath, was holding crucial evidence at the time. Amazon declined to deliver the data, saying that the data recorded by Alexa violated the constitution.

Amazon Echo has seven microphones that use beam-forming technology to detect sound from anywhere in the room when playing music. It is clear that any voice can be recorded at the time of the incident. However, Alexa sends the recorded data to the cloud to act on user requests, not to store voice data on the console. However, the dead person’s smartphone supports chipset-level encryption, and it is impossible for Amazon to access internal data. Of course, Amazon, which initially refused to deliver the data, eventually agreed to deliver the data.

This case shows that the more the Internet of things is spread, the more important is the threat to security or the preparation for it. Of course, things will continue to grow as things go on. Amazon Echo has already been sold to more than 31 million units worldwide, making it the hottest Amazon hardware ever. Of course, rather than selling a lot of hardware, Alexa is the voice recognition secretary built into echo. Amazon is using Alexa as a weapon to take the next generation platform after the smartphone.

In other words, Amazon Echo is not the only product available with Alexa. It is simply the first product to leverage Alexa. In fact, Amazon has opened Alexa, and models that already support Alexa in other consumer electronics products are notable.

Amazon turned off Alexa Voice Service (AVS) speech recognition to enable Alexa to be used by third party developers, and defined a content creation tool called the Alexa Skill Kit (ASK). This allows developers to process multiple orders through Alexa. Support for third-party voice support from Alexa has already increased to more than 5,000 support services over the past year.
Amazon also released a simulator (Echosim.io) to boost Alexa’s utilization. This service allows you to use Alexa if you only speak micros on your website.

Alexa is a smartphone that uses a mouse or keyboard to evolve its interface from a PC that used the existing interface, and it is analyzed that it dreams of a loser of an audio interface suited to the thing Internet age. If you do this, Alexa can perform the same operating system functions as Windows. While it is precisely the platform software that mediates hardware and software, Alexa can be the dominant hub to bridge the gap between smart home appliances, software and services.

Three processes are necessary for the birth of an operating system that will take the dominant position. The competition between the hardware accelerates the product’s performance and thus the operating system developer gains the maximum benefit. Then, all sorts of software are attracted, network effect is generated, and a rich circulation service is provided to consumers, and a virtuous cycle structure is created in which consumers are gathered again. Finally, as customers continue to build meaningful relationships, ecosystems can become profitable for a long time.

There are many interpretations that Alexa is already entering this stage. Not only does Ford like automakers support Alexa, but LG also supports Alexa in smart refrigerators. The use of Alexa as a single board computer such as Raspberry Pie is expanding. During CES 2017 in Las Vegas in early January of last year, 700 devices were announced to support Alexa, and the number of products was 1,500. If Alexa sees a de facto standard status, it may be the most powerful operating system in the Internet market.