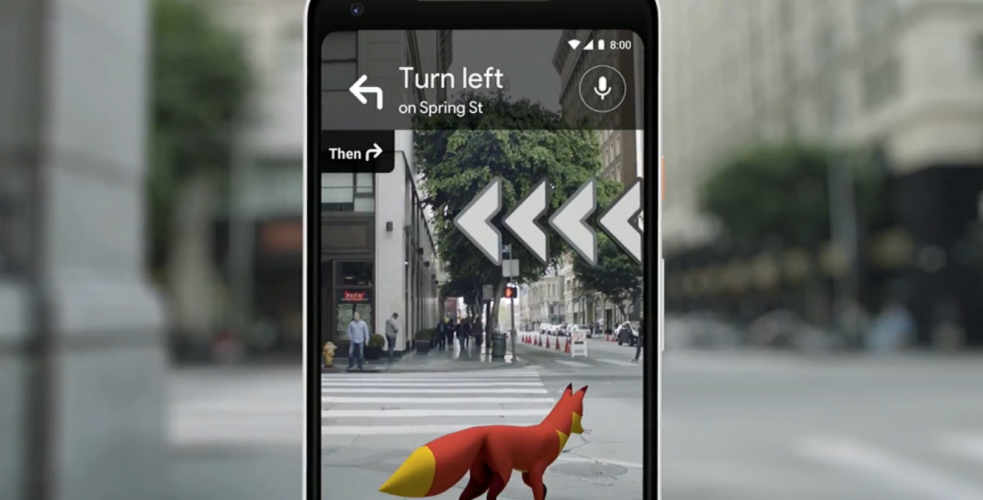 Niantic is well known as augmented reality game, Pokémon GO. Matrix Mill, which was recently acquired by NyanTick, has been building a neural network that can gather information about objects around the camera and estimate its shape.

So what’s the difference between the new technology and the existing one? In the case of existing augmented reality, it only displays Pikachu as a CG object on the actual image. Because CG objects are simply placed on top of them, objects in real space are ignored at all. For example, even if there is an obstacle, Pikachu will just ignore it and go across. The fact that CG objects can not interact with real objects is one of the limitations of existing augmented reality technology.

However, Niantech Oakings is solving this problem. In the scene where Pikachu is running, if there is an obstacle or a person, it is avoided as if recognizing a real obstacle back and forth. Through the neural network, it is possible to recognize the shape of the object in reality and to make it look as if it is in the real world.

The Niantic Eclipse is the Niantic Real World Platform, which Niantic is developing, aiming to understand objects in the real world and to interact with digital objects as if they were real.

When computer vision, which is being developed by NaNiTiC, closely reflects objects in real life, it recognizes objects based on quantifiable reliability indices. As computer vision algorithms learn and recognize objects such as tables and chairs, it becomes possible to recognize various objects as the number of vocabulary increases.

If you can understand real objects through computer vision, you can interact with actual objects such as natural articulations. If you find genuine flowers, you will be able to display CG dummies. You may. It is possible to extend the possibilities of augmented reality infinitely.

Anyway, if you use the augmented reality search function, you can see the progress direction on the screen by illuminating the distance with the smartphone camera. Unlike traditional navigation systems, which depend only on the dotted lines on the map, you can see at a glance when and where to go.

The augmented reality search function not only displays the building information on the road, but also introduces a helper to guide the user to the destination. Google says it can not function properly with GPS alone. It also uses a visual positioning system (VPS), which is a system for accurately estimating the position and direction of the terminal through the image acquired through the user’s smartphone camera. The New York Times also said in February that it would combine augmented reality with news services to introduce new digital content. It is said that the news service incorporating Augmented Reality will be the future of storytelling.

Augmented reality literally means expanding the digital world into the real space. The birth itself is mobile-friendly. In this regard, it is expected that the market will be 10 times bigger than the virtual reality realized with 100% CG. Also, if virtual reality focuses mainly on entertainment such as games or movies, augmented reality can be seen to expand not only in games but also in education and life. In addition to examples of NaNiTiCt, it is expected that the case of adding augmented reality technology in reality like Google Map will continue to increase in the future.