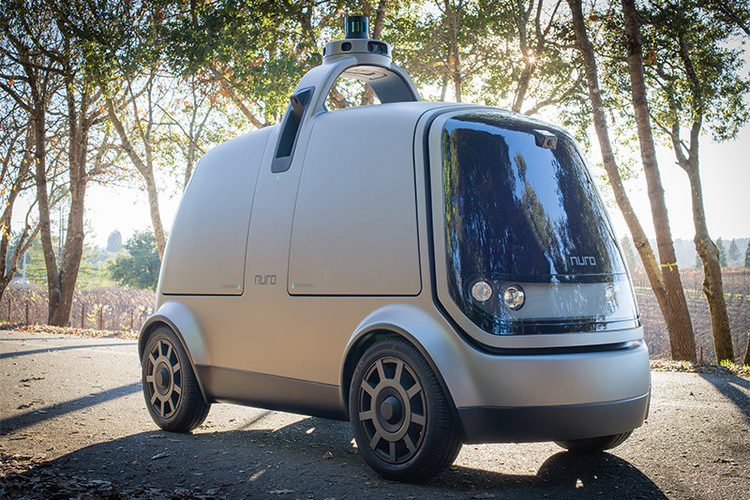 Neuro was founded in 2017, but it was founded by two people who worked for the Google autonomous vehicle development team. Kroger plans to pilot the delivery service through an autonomous vehicle developed jointly with Neuro, aiming for this fall. Of course, at first, people will ride together to secure safety and conduct pilot operation. He did not say whether he would conduct the trial service in a US city.

Kroger intends to use this unmanned delivery service to imply that he is delivering groceries to consumers’ homes. Of course, people are already shipping, but Kroger’s new unmanned shipping service is likely to be available via online sites, and you can use the Neuro app to track your vehicle online. Kroger has 2,800 stores in 35 states in the United States. 9 million people use it every day. It is one of the largest supermarkets in America. Three-fourths of Kroger users have access to the shipping service, and the shipping service is active as long as they are actually using it.

Neuro cars are narrower and smaller than ordinary cars. It looks like a lunch box. When ordering a product through the Neuro-Kroger app, a person enters the vehicle to put it in the car, but then the self-propelled vehicle will take it to the destination and stop at the driveway near the destination. Of course, if the person does not ride directly, if the goods are not ordered to deliver the goods directly to the house, the consumer must come to the autonomous vehicle to the road near the destination. Consumers will identify themselves through systems such as PIN codes, face recognition systems, and biometrics, and then they will be taking their products.

Neuro can benefit from the ability to collect a large number of road data thanks to the fact that the nationwide network of crossroads can be captured. Until now, companies such as Uberna Tesla have been attracting attention in the autonomous vehicle industry, but they are expected to attract a great deal of attention if Neuros successfully leads the alliance with Kroger.

Concerns over autonomous vehicles are high as accidents such as uber problems occur, but interest in this market is still high. GM, which aims to commercialize an unmanned taxi in 2019, will invest $ 2.25 billion through the SoftBank Vision Fund, an investment fund led by the Softbank Group. I also announced.

Apple co-founder Steve Wozniak has said he can not believe the horse now, but Tesla CEO Elon Musk also said that a fully autonomous vehicle will be available in August. He responded by pointing out his complaints about Tesla’s autopilot feature via his Twitter, saying that he would be able to start full autonomous navigation, saying that it will be resolved in version 9 of autonomous navigation software, which will be introduced in August.

Of course, this is not the first time Elon Musk has mentioned fully autonomous driving. He said that in January last year, a fully autonomous vehicle would be available within six months, but it did not. He has been pointed out that he is not doing exaggerated advertising because of this,

I do not know if Elon Musk’s full self-driving is a function or range. Tesla has already unveiled a hardware demonstration run in 2016 that will allow you to get your hands on autopilot. But now that Tesla’s official position is to ask for a steering wheel when using an autopilot, it is unclear to what extent Elon Musk said “Full”.

Tesla’s autopilot vehicle caused three deaths. On March 23rd, in the case of a median collision in California, the model X accelerated the speed from 100km / h to 114km / h three seconds before the crash. This raises questions about the safety of the autopilot function and points out that Tesla should subtract from advertising and marketing. As concerns about these autopilot features grow, there is interest in what Elron Musk would like to say about fully autonomous driving.

Despite these concerns and concerns, attempts to introduce autonomous vehicles continue. The introduction of Croix can be of interest as it is a shipping field that is expected to be tried before the mainstream passenger cars. Although it is not a vehicle like Kroger, the elegant brothers who run the delivery nation in Korea said that they will carry out a field test of Dilly, a food delivery robot, in early June. Of course, it is the early stage of a mid- to long-term project that we have been looking at over the next three to five years. This autonomous mobile delivery robot started to run the test on customers in a designated area, food court inside Cheonan Yauri Food Street. Right now, it is the role of the food court to carry the food to the table where the customer is sitting. Elegant siblings were equipped with a 673 × 768 × 827mm robot equipped with a positioning sensor and an obstacle detection sensor for indoor testing. At the end of this process, we will test indoor and outdoor complex spaces such as apartment complexes, office buildings and university campuses in the second stage, and expand the third stage to the outdoor environment including the general walkways.

It is not a car, but in the end, in terms of delivery, the goal is to offer autonomous navigation robots that take on the responsibility of serving people on behalf of people from restaurants such as chicken houses or pizza houses to wherever they want. Whether it’s a supermarket or a restaurant, the law of delivery is about to change.