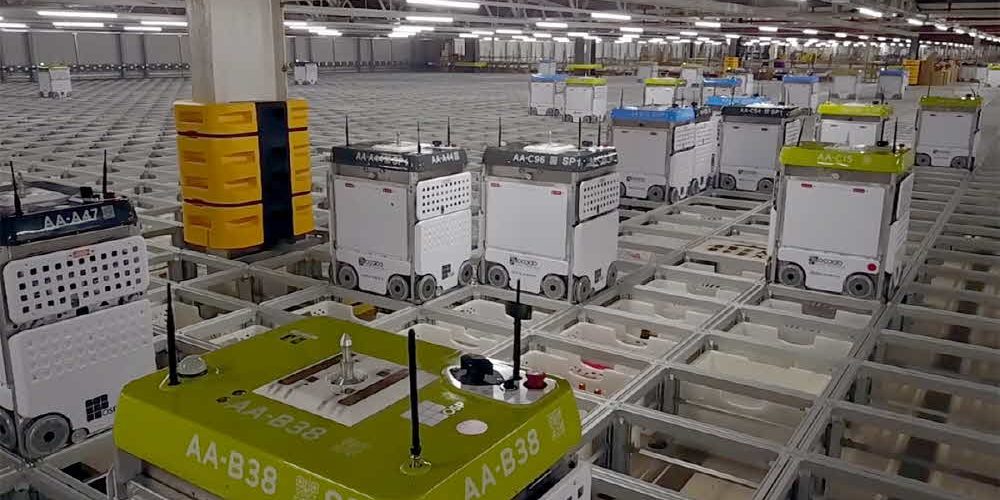 The robots that went to the warehouse … Talk about logistics innovation

Warehouses have already become a sample of logistics innovation for several years. Warehouses of companies such as Amazon and Alibaba produce scenes that seem to be a collection of cutting-edge technologies. At the same time, it is enough to remind people of keywords such as automation and intelligence, smart factories, and the Internet of things. 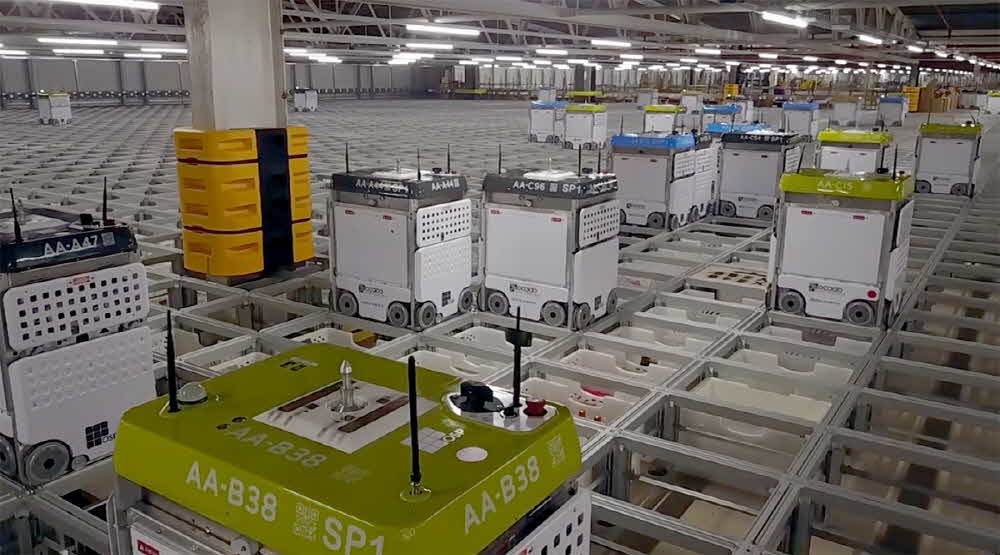 The video is made available through Ocado, the largest online grocery retailer in the UK, in the southern British city of Andover. The huge warehouse, which is three floors wide, is said to have been released for the first time since its first operation in December 2016.

The inside is divided into several layers. On the floor is a rail that looks like a squared square, located in four directions. The robot is configured to move in any direction.

There is a basket inside the square. It contains one item that is being sold online. On the inside of the floor there are 250,000 baskets, and the robot moves around the car and carries the goods. When the product is placed in the basket, the product is transported to the point where the human employee and the robot are located, and the product is shipped through barcode recognition.

The robot was designed as a rectangular parallelepiped, considering space efficiency, and it was possible to run on a lane with wheels on the bottom. The wheel is installed at a 90 degree angle to run in any direction. Running only the wheels that match the direction of travel. This robot was developed by Ocado Technology and Ocado Engineering under the Okada Group. Thousands of robots are controlled through 4G network communications, optimizing for up to 3 million calculations per second and working without collisions. I use the battery as a power source but when the remaining capacity becomes insufficient, I move to the charging station and recharge it.

The warehouse can handle 65,000 orders per week. When a customer places an order, they can set it up in five minutes. The robot moves at a speed of 4m / sec, which is 4m / sec. The maximum carrying weight that a robot can carry is about 10kg.

Amazon has already introduced robots in warehouses since 2012. The Amazon warehouse has a commodity rack and the shelves are divided into sections. There are products here. Below the shelf is a robot Kiva, which can lift and move the entire shelf. Kiva was acquired by Amazon in 2012. The robot keybars have wheels that can move 360 ​​degrees freely, so you can go around the warehouse.

Amazon has introduced robots in its warehouses, increasing the degree of freedom of shelf placement and increasing the product integration rate throughout the warehouse. Instead of employees who had to roam the warehouse, employees only wait at the picking station where Kiva fetches the goods. According to the computer instructions, take the goods out of the shelf and bring the goods to the packaging space. These items are packed in a box and moved along the rollers and wrapped. The roller length in the warehouse is usually over 10 km.

In the packing space, the computer automatically selects the size according to the customer’s order. A person can pick up a designated box and wrap it. Adhesive tape length is also specified, so the person only needs to hold and attach the wrapping tape that the machine cut off. What people judge is how much we use cushioning materials. It is said that the time from picking a product to the stage immediately before shipment is less than 60 seconds. When the package is finished, the box is transported by truck. This process also tells Amazon to automate and get off track when it reaches the desired track position.

According to Amazon a few years ago, the efficiency of using a robot is two to four times higher than that of humans. It is also said that more than 50% of the cost savings compared to a warehouse with people.

In early 2003, Amazon created an organization called Amazon Robotics. It aims to automate Amazon warehouses and distribution centers with a variety of robotics technologies. Researches on autonomous mobile robot or control software, speech recognition and power management, computer vision, machine learning, and so on.

China is no exception. In addition to the Alibaba already introduced, last year, a warehouse in Hangzhou, Zhejiang, China, became a hot topic. It is a warehouse of Shentong Express, a private carrier in China, which can handle up to 200,000 cargoes a day. Even here, there are square holes in the floor where robots can be seen avoiding these holes.

The baggage carried on the conveyor belt is placed on the robot which the person holds in his hand. The robot moves to a predetermined position, stops, reads the bar code, inquires the destination, and transmits the position to which the robot should go. Manages cargo information by computer and excludes human errors that can occur when human intervention. This robot was developed by Chinese robot company Hikvision.

Anyway, the robot that grasps the destination automatically runs. The robot in this warehouse can transport 8kg of luggage. The movement of the robot can be determined in the vertical and horizontal directions intersecting 90 degrees as in the case of the UK mentioned above, and it moves using the ID tag device located at the bottom. Of course, it does not collide with the surrounding robot. The robot also automatically returns to the charging station when the battery power is low.