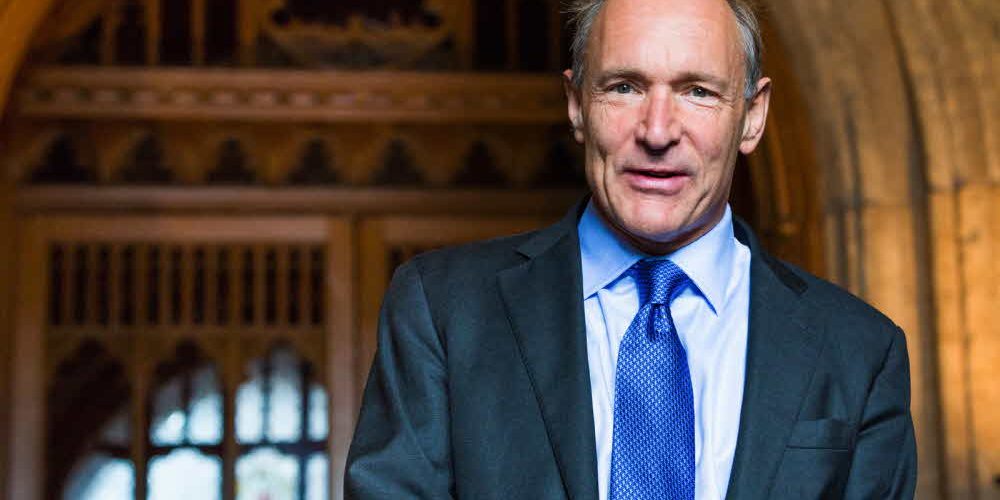 The concerns of the Web’s father Timothy John Berners Lee is the inventor of the World Wide Web (W3), the father of the Web. With the advent of computing and the creation of a massive web of diverse distributed resources, humans have another virtual ecosystem. W3 is the skeleton that forms the current Internet.

Before we talk about him, let’s look at what happened before Tim Berners Lee. Of course, you need to look at the ARPANET first to see how the Internet itself has emerged. AlphaNet is the world’s first communications network. It was created during the process of optimizing a time-sharing system that allows multiple users to simultaneously use the computer by dividing the CPU processing time on a single computer by user. Until the advent of the alphabet, the network did not exist. I was using a large computer called a mainframe. At the time, the mainframe was not able to connect multiple units at the same time. However, when the concept of time division occurs, and it becomes possible to connect several computers at the same time, it is wondered whether communication between computers can be made more easily and quickly.

In the 1960s, there was a commercial network developed by the British National Physical Institute in England, but it was not widely used because of lack of funds. However, the network developed here has adopted a new communication method called packet mode communication, which converts computer data into packets and transmits them to another computer. In the same time as the birth of packet communication, research was being conducted to connect the computer in France across the sea to realize the network. During the experiment, when the researcher announced Le Internet, it became the root of the Internet.

After this process, in the 1970s, the early computer infrastructure developed and various networks existed all over the world. At this time, however, there arises a problem that the mutually different networks can not communicate with each other. It is TCP / IP that solves the problem that these kinds of networks can not communicate with each other. He usually calls Vint Cerf the father of the Internet because he developed this TCP / IP.

With the advent of TCP / IP, in 1975, multiple networks could communicate with each other, which is the beginning of the Internet. Other e-mails were developed for the 1972 Alpha Net, and by 1976, they accounted for the majority of Internet traffic.

Tim Berners Lee was a researcher at the European Institute of Particle Physics 30 years ago. He develops a Web platform with the goal of helping scientists share data. Of course, there was no data-sharing platform at the time. However, he freed the web source code for free and became a catalyst for dissemination.

Tim Berners-Lee designed http, html, url and made browsing the internet possible. The world’s first browser was named W3 (World Wide Web), and he became the father of the Web. Anyway, the world’s first web site that he made is opened on August 6, 1991 as CERN site. However, the Internet itself is not the result of anybody. It’s a result of decades of combined engineering and scientist ideas all over the world.

With the ability to connect to the Internet using a PC, everyone has access to the web, creating a browser, blog, and e-commerce site for each developer. The Web was a free space that did not require anyone’s permission. It was natural for the Internet itself to be born for someone who needs communication. But Tim Berners-Lee has been constantly concerned about the monopolization of the Internet over the last few years. It’s no exaggeration to say that global companies such as Facebook, Google, and Amazon are not only looking at who reads what news, what they buy, every minute of their lives, and almost everything that happens on the Internet.

In his letter to the 29th anniversary of the birth of the Web, he wrote about Facebook, Google, Twitter, and Twitter in the backgrounds of fake news such as conspiracy theories, twitter and Facebook fake accounts, “It’s because there’s a huge platform,” he said, because it was previously distributed across a variety of Web sites, but now it’s focused on some proprietary platforms. He pointed out that these giant platforms have taken over the acquisition, absorbed new innovations, and put everything in their fences and become winners.

In fact, 87% of the world’s Web searches are done via Google. Facebook has 2.2 billion monthly active users. If you include Google and Facebook services and companies such as YouTube and Instagram, 60% of the world’s digital advertising is operated by these two companies.

Tim Berners-Lee said that a legal or regulatory framework would help solve these problems. He added that broad advice from civil society, academia, and the arts would be needed to help motivate technology and contribute to society.

Anyway, in this regard, the web dominance of some proprietary platforms can be a reason why Tim Berners-Lee can exchange information with anyone he dreams, making it difficult to realize an open platform that allows opportunities and collaboration for everyone, regardless of geographical barriers.

So what do you need to do to make the Web a useful tool? Last year, Tim Berners-Lee suggested three things that need to be changed to maintain the usefulness of the Web.

The first is to enable personal information management. Now, most websites take a business model that provides free content subject to personal information exchange. In some cases, you agree to the complex and long terms, but most users agree. This is to exchange personal information with free services. Tim Berners-Lee, for example, says that by giving users control over who shares their personal information and when, they will be able to use the service for free in the true sense. Even if these services are supported, it is pointed out that there are few users who check the details and set up the procedure properly.

The second is that false information, such as fake news, is easily spread on the web. Some analysts say that even though there are numerous news sites and social media services, the actual users spend only a few of them. These sites tend to show readers what they like by analyzing clicks and user preferences. This can lead to problems such as information asymmetry or fake news. If the real thing is not important, but the clicks are likely to be high, it can spread at an astonishing rate.

Finally, political advertising on the Internet requires transparency and understanding. Online political campaigns are being reflected in advertisements directed at users. In the 2016 US presidential election, 50,000 political ads were posted daily on Facebook. In some parts of the world, political advertising is used in an unethical way. There are many things such as inducing a fake news site or inducing public opinion. Some political positions may make contradictory claims in advertising on the same floor. It is not an easy problem to solve, but it is necessary for the news deliverer to make improvements such as building a different profit model or establishing a proper data management organization or method. Ironically, half of the world’s population is expected to come online this year, but the digital divide between people who can not or will not benefit from it is getting more widespread. Tim Berners-Lee should also try to reduce the digital divide, but without such efforts, the last billion people will be using the Web in 2042, and they will be seeing the world of the web after the first generation. Indeed, in 2016, the United Nations has declared its Internet connection to be one of the basic human rights equal to the basic elements of clean water, life, food, and power. Web has become such a basic right already. By 2022, the World Wide Web Foundation aims to promote a free open web, expand web capabilities and structural stability, and expand Web benefits for everyone on the planet. Could the Web, which has been changing for decades, be turned into a free and decentralized environment that Tim Berners-Lee dreamed once again from the centralization of some dominated domination. As much as the immense influence the web has given me, I still have a lot of homework left.