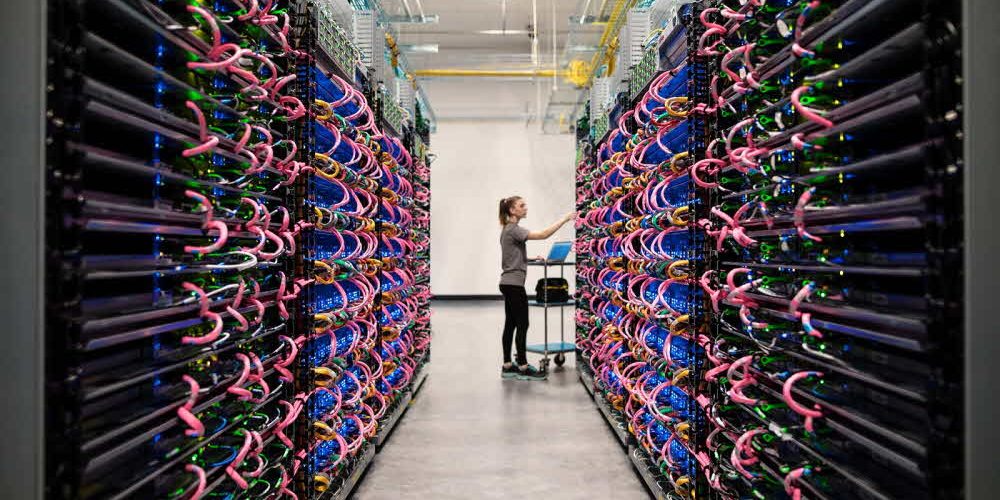 The Road to Machine Learning Architecture Computer technology can not be explained except AI, deep running, and machine running. AI can be defined as human intelligence reproduced by machine. For computers to handle human – driven tasks. The current AI is limited to handling one or several predefined situations that can be smarter than humans. This is like learning natural language processing and games that understand and speak the language.

Existing programming requires strict rules. But machine learning programs, for example, sort e-mails and give you the same sort of command to reduce errors, and the rest of the machine continues to learn.

When a machine learning system is trained, it is given attributes to learn. For example, fruits include attributes such as color and weight. Two attributes mean two dimensions. If you have apples and oranges, Machine Learning recognizes data patterns and can distinguish between these two. However, misuse of attribute data does not produce satisfactory results. If apple and orange are given the property of seed number and ripe state, it becomes a state that can not recognize difference of two fruits by distinguishing data. In other words, it is important to know what kind of data to learn based on machine learning. In the case of fruit, it is judged to be two attributes, but the property can be increased.

The next important thing is how to prepare good data for learning. If you study cats, you need about 10,000 pieces of data to get good results. The given data can be images, text, measurements, sound samples, etc., as well as images.

Machine running can not predict what you do not know. For example, if you learn 4, black, 10kg, dog, 2, orange, 5kg, and chicken based on factors such as animal’s leg number, color, weight and kind, The computer will judge this data as open. Because the computer only learns about dogs and chickens, it is predicted to be closer.

How do you learn a machine learning system? Supervised training is a typical example. Provide labeling data and proceed with learning. If you divide fruit by color, weight, and type, you put it when new information is entered.

Unsupervised Training, on the other hand, is a machine that conducts learning on its own based on an unlabeled data set. If there are three chunk elements, the computer first recognizes that there are three clusters, and then categorizes them. It is important that you do not tell us in advance if there are some categories on your computer. It is to sort it out.

Reinforcement learning is a learning method that gradually finds the right direction by repeating execution and failure. If you run a game, if you do not know the rules of the game, if you get a good result, the computer that aims to maximize rewards by getting rewarded repeats over millions of times, eventually leading to the most efficient answer.

How is AI used? Google uses Machine Learning for smart search in Google Photos and smart mentions that automatically reply to Gmail inbox. In the case of the Google Lens, a smartphone camera simply recognizes the objects taken by the object and identifies the menu. Machine learning can also be used to improve the user experience within the service. What can be used to design for personalization.

In addition to robotics, you can let robots learn a variety of functions through machine learning. You can also let AI create your own virtual videos by creating images in your pictures, or by learning various themes. It is also possible to predict the complexity of grasping large patterns and behaviors, and to help naturally communicate in daily life.

AI has been developing continuously. So how does the machine learning architecture evolve? Jeff Dean, Google AI director, published his paper in January with David Patterson, a Turing Award winner. In this paper, machine-learning experts and computer architects are encouraged to co-design the computing systems needed to realize the potential of machine learning.

He also mentioned the model trends that researchers want to learn at the Tsinghua-Google AI Symposium in Beijing in July. He pointed out that the increase in the number of machine learning papers published in the archives archive (arXiv) exceeded Moore’s law in 1975. In his paper, he analyzed the hardware design using the TPI v1, the first generation of TPU (Tensor Processing Unit), and the second-generation TPU v2, a processor for machine learning developed by Google. Both sides need to understand the situation according to the five-year time frame, which consists of at least two years of design and three years of introduction to maintain machine-running hardware competitiveness. He listened to six things about machine learning hardware design for a five-year time frame. First, learning. The two most important steps in the machine learning workflow are the production phase called inference or prediction and the development phase called enhancement or learning. Google announced TPU v1 in 2015, TPU v2 in 2017, and TPU v3 this year. Jeff Dean says that by linking up to 16 TPU v2s, you can boost your Google search ranking model learning speed by 14.2 times and your image model learning speed by 9.8 times. The TPU v2 is a system configuration that originally connected to 64 units, but the speed was achieved by only one quarter of the configuration.

The second is the batch size. One of the important settings when running the machine is the batch size and the batch size. By dividing the data used for learning into smaller batches, the size setting greatly affects the speed and efficiency of machine learning. This year’s GPUs will work with 32 or more mini-batch sizes. Next is Sparsity. Spa City refers to the reaction of some neurons in neural networks. There are various types of spa cities, so you can use them as well and omit zero or small values ​​of data to reduce the complexity of machine learning. Normally, larger data sets require larger model sizes, but in the case of Google’s Mixed of Expert (MoE), less learning is possible with fewer than previous methods. In fact, Google’s English-to-French translation data set MoE model is 1.01 times higher than the GNMT (Google Neural Machine Translation) The following is the quantization. Quantization has already proved useful for cost-effective machine learning reasoning. It is said that there is a growing awareness that it is not negligible to improve efficiency by learning AI AI already trained for new AI.

The following is a soft memory network. The paper says that some deep-running technologies can provide similar functionality to memory access. For example, the attention mechanism is used to improve the learning performance of machine learning by giving attention to selected portions of the source between long sequences when processing data. Unlike conventional hard memory, soft memory calculates a weighted average for all items that are prepared for content-rich content selection. However, there is no research on how to efficiently implement the soft memory model with complicated processing.

For such automated machine learning, the Google Brain team uses Reinforcement Learning. Using accuracy as a compensation signal, you can learn self improvement over time. In the learning experiment using the NMT (Neural Machine Translation) model, the learning speed based on reinforcement learning is 65 hours faster and the training time is 27.8% faster.

Jeff Dean is a big model for future prospects, but he has been active in spa cities, one model to solve more tasks, learning to grow and grow dynamically through large models, machine learning, hardware specializing in supercomputing, hardware And machine learning where efficient mapping is possible.