Dactyl is a robotic arm under development by Open AI (Open AI). Of course, the robot arm itself is not a wonder. It is a system that can manipulate objects placed on the palm of a hand using a Dexterous Hand, a robot arm manufactured by Shadow Robot.

Dark Till is a Magic Cube placed on the palm of your hand, and when you give a command to move the desired face in the program, you can work like a magic cube on your palm. To convert the object to the desired side, use three RGB cameras. Thus, the finger coordinates are recognized from the photographed image.

Dark Till shows amazing dexterity. It is true that robotic arms have been developed decades ago, but there were a lot of homeworks that could not be solved in the field of robot control, which uses robot arms to control objects effectively. One of them is the delicate finger movement that Dark Till shows. Companies such as Boston Dynamics are implementing human-like walking behavior, but finger movements require much more sophistication.

Dark Till wiped his own way such as rotating the cube on the palm of his hand. He has been using Reinforcement Learning, which is being used in the field of games, to learn how to solve problems in the real world through robots. Since the robot arm itself operates in a real space, it can not directly observe the friction or slip between the object on the palm and the finger, so it needs to cope with a larger parameter.

DarkThil has been using MuJoCo, a physics simulation engine, to create a robot simulator, and in the real world, robot arm has been moved in virtual space before moving robot arm. We use a technique called domain randomization to set up different conditions each time we learn. The other conditions are not only different background color from the cube, but also that all the factors such as robot arm motion speed, the weight of the cube, and the friction coefficient between the arm of the robot are learned in Dark Till.

Dark Till’s dexterity has been improved quickly by learning how to operate the robot arm under various conditions. Through the learning process, the number of successes of the task of matching the desired face by rolling the cube increased rapidly. Of course, the robot arm that learned all the elements randomly through motion tracking has 50 successes, whereas under the other conditions, the number of successes is reduced by 6. The median success value is also 13 if random, but 0 otherwise. However, the time required for learning is overwhelmingly long if all the elements are randomly randomized. Unless it is random, the learning time is less than three years, but if you change to an arbitrary state that always changes the condition, the learning time will be more than 100 years in order to be able to always perform at a certain level. By doing this randomly, learning proceeds under various conditions, so Dark Till can naturally handle other shapes besides the cube. The open-AI research team is aiming to learn more complex tasks.

OpenTy is a nonprofit research institute that aims to open source the AI ​​in 2015. Open AI comes from the idea that a research institute is needed to determine whether AI can contribute to humanity. It is the purpose of the establishment that AI should be able to provide benefits globally, not just for specific companies or governments.

On the open AI, Elon Musk, who founded Space X and Tesla, Reed Hoffman, co-founder of LinkedIn, Peter Till, founder of PayPal, and co-founder Jessica Livingstone, joined the donation. Sam Althman, I assumed the chairman.

Sam Altmann says that one of the most important things in the future of humanity will be AI, and that the agency that develops and studies AI that can contribute to humanity is open AI. As a nonprofit organization, research results will also be shared with humankind. Open AI has been releasing the results continuously since then. In April 2016, we introduced Gym to provide AI training environment, and in the same year we introduced Universe, an AI learning platform. Universe is a software platform for measuring and learning AI’s intelligence. You can use existing libraries, TensorFlow and Teano, and use them for thousands of AI measurements and learning, such as games and browsers. Learning proceeds through reinforcement learning during machine learning. It can also be converted to the previously announced load environment so that compatibility and R & D consistency can be maintained.

The universe is aimed at providing a platform that enables rapid learning of difficult environments and unknown tasks. It is a basic tool for creating AI with intelligence. The source code for the universe is publicly available on feudal hubs .

One of the things that brought up the topic was the humanoid victory of AI AI5 (OpenAI Five) in popular game Dota2 (Dota2). Open AI won the game in 2017, a much more complicated game than Chess or Baduk, in a 1: 1 match against the world champion. In 2018, the team will be releasing the Open AI Five, which will be played against 5: 5 teams.

These games are more complex than turn-based games like chess or baduk because they have to make decisions in real time. Open AI Five has teamed up with humans in an environment that operates at 124,000 cores through the Google Cloud. Open AI Five has learned elements such as team fighting, value prediction, exploration, surprise attack, concentration, and tracking in a neural network, and then manipulated the character according to the item. In addition, 80,000 frames of information per DotA2 can be obtained. One quarter of this was analyzed, and the learning of Open AI Five was conducted. I learned the data daily for 180 days. Open AI Five is scheduled to play in the e-sports tournament held in August. It was already a win in June against the human team, but this time it will be a 5: 5 match against the human team, which is a pro-professional gamer.

Open AI announced in July that Glow, a technology that allows two face pictures to be synthesized without any sense of incongruity or to add facial features such as beard and smile. Glow sets the label automatically from the image learned by the image creation AI. If you study 30,000 face photographs, you handle the labeling such as smile, age, character, blonde, beard. Of course, such a label can be manipulated freely at a later time or newly entered to change the image.

Glow can change face pictures by changing such values ​​as laughter, age, blonde, beard. As mentioned above, it is also possible to synthesize two images altogether. Glow is also revealed on the feather hub .

Algorithm, learning data, and computation volume are three essential elements for developing artificial intelligence. It is natural that artificial intelligence requires learning to perform more accurate judgments, and that the more the amount of learning, the more advanced judgment can be made. Obviously, if you want to increase the amount of learning, you can demand a system that can handle large-scale processing. Algorithms and data improvements themselves are hard to quantify. However, according to Open AI, the amount of computation used for learning AI has steadily increased from 3.5 months in 2012 to more than 300,000 times this year. The amount of computation can be used to gauge how fast AI is growing. This trend will continue in the future. In addition, the value of an organization like Open AI, which seeks to benefit human beings rather than specific groups in the growing AI market, will also increase. 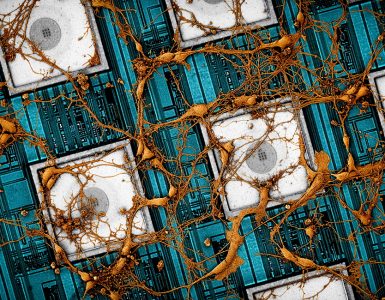 A research team from Samsung Electronics and Harvard University has published a study on a new method to mimic the structure of the human brain on a semiconductor chip. In a paper published in Naver Electronics (Nature... 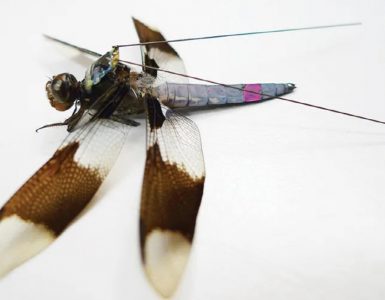 When it comes to AI, many people may have the impression that it mimics the human brain or has performance that exceeds the human brain. However, Dr. Frances Chance of Sandia National Laboratories (SNL) in the US, which...

Waymo, a self-driving car development company under Google’s parent company Alphabet, is focusing on simulation in a virtual space called SimulationCity to improve its autonomous driving system. What are...