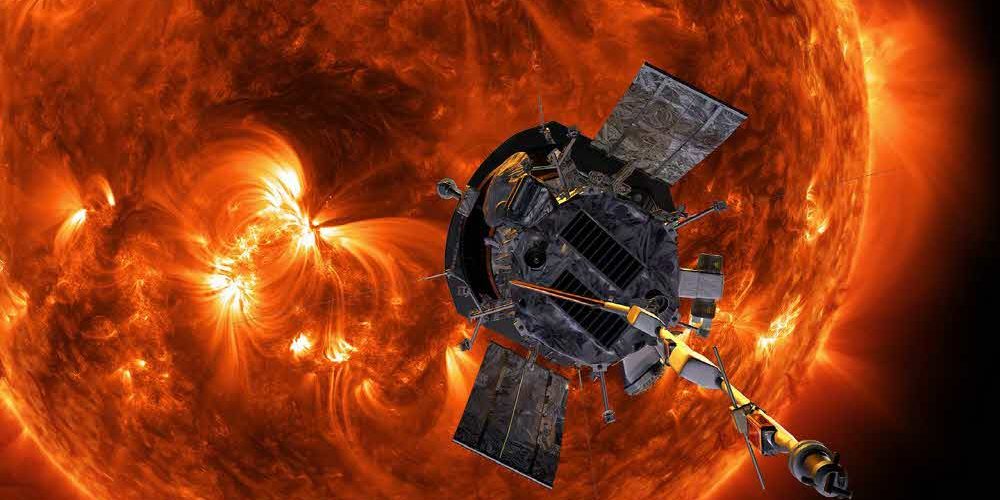 Why is this probe going to the sun? 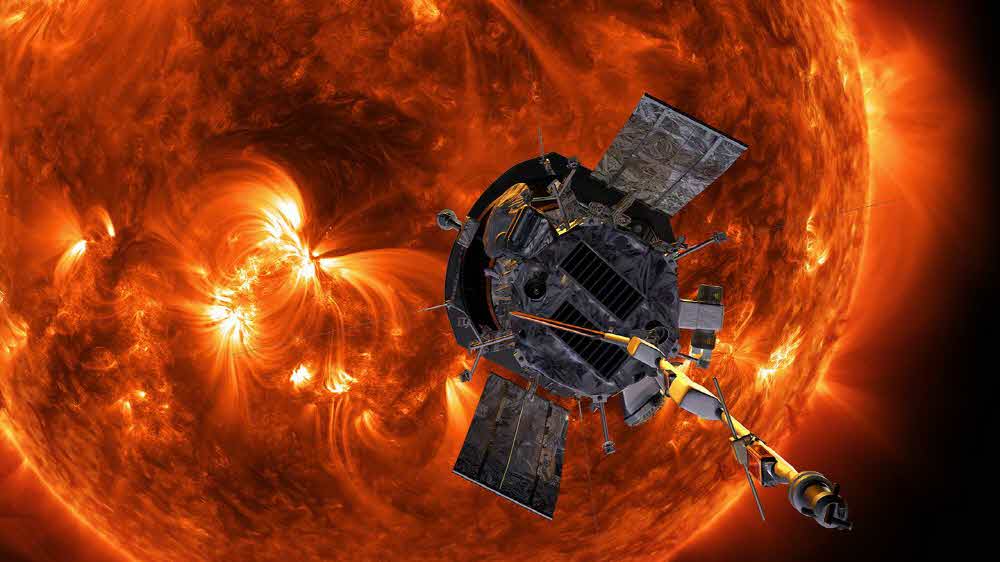 The Parker Solar Probe is a space probe designed to explain the mystery surrounding the sun, such as the hot gas corona and the rapidly ejecting particles, the solar wind. Launched in early August, the probe is approaching the sun through a rare route from the Earth to the inside of the solar system (which has mostly sailed outward so far) and observes the sun for seven years.

A Parker solar probe was launched on August 12 (local time). The US-Launch Alliance (ULA) Delta IV heavy rocket fired at Cape Canaveral Air Force Base, Florida, USA, stopped the burning of two booster rocket engines four minutes later and fired two stage rocket engines I went to space. After the pairing that covered the end of the rocket was disconnected, the third stage rocket burning was completed and the rocket was successfully removed and the long journey toward the sun began.

The Parker solar probe will send a probe to the inside of the solar system from the earth, but it can not be said simply to use solar gravity. We must overcome the phenomenon based on the laws of physics. The Earth is spinning around the sun at 110,000 km / h. For this reason, there is a large inertial force on the earth’s material. Even in a rocket, even if you fired a rover straight into the sun, the spacecraft is moving further and further away from the sun because of its inertia.

To counteract this inertia, it is good to offset the speed by accelerating the rocket in a direction opposite to the direction in which the earth revolves, but this is not easy. It is difficult to accelerate the rocket up to 110,000 km / h. For reference, the Saturn V, the mankind’s largest rocket used in the Apollo scheme, had a speed of 40,000 km / h. The speed at which humans fire the spacecraft aiming at Mars is 47,000 km / h. The speed of New Horizon launched by Pluto is 50,000 km / h. So to offset Earth’s inertia is as hard as it has to shoot rockets at twice the speed of what it has been so far.

NASA has chosen a way to send a spacecraft to a desired orbit by adjusting the velocity of the swing by using the gravity of the celestial body introduced above. The Parker solar probe will approach the planet by repeating the swing bays using the Earth and Venus seven times, circling the sun and drawing a long circular orbit.

After all, the Parker solar tide is approaching the sun with a solar radius of 8.5 cubic feet. 8.5 The sun’s radius is 6 million kilometers, so there are 460 lined streets. Of course, even if you think this is too far, you can think of it as km, and if you convert it to astronomical unit of 15.4 billion km, it is 0.04 au. In other words, the average distance between the sun and the earth is approaching 4%.

Among the objects made by mankind so far, the closest approach to the sun is the 43 million km recorded by the helicopter 2 in 1976. In comparison, the Parker solar probe will approach one-seventh of the distance. At this time, the speed is 692,000 km / h, which corresponds to 200 km / sec per second. It is about 15 times faster than a bullet shot from a gun. It is said that things made by mankind will be the fastest recorded speed.

The Parker solar probe is aiming to solve the mystery that Corona, the air layer surrounding NASA’s target sun, is hotter than the sun itself. The surface temperature of the sun is 6,000 degrees. However, the corona located above this is an ultra-high temperature of one million degrees. The Parker solar spacecraft will jump into the corona and observe the solar wind and the sun’s magnetic field.

As close to the sun as it approaches, the Parker solar space is exposed to sunlight 520 times stronger than the earth’s surface and the gas is exposed to high temperatures. It is made of a special insulation device made of carbon fiber and shields 11cm thick. It self-controls the gas posture and protects the body from thermal energy which is shot in harsh environment. The surface temperature of the front shield is about 1,400 degrees Celsius, but the gas itself can be kept at around 30 degrees Celsius. How could this be possible? 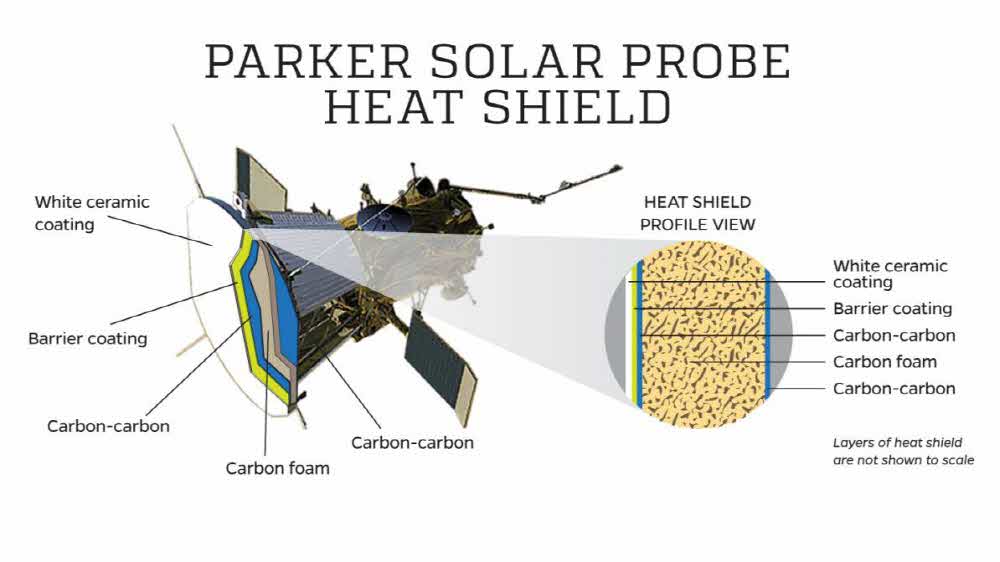 The Parker solar probe has been designed to withstand extreme conditions and temperature changes as previously mentioned. The key in design is the autonomous system, which can protect the body from heat dissipation and strong light emission from the sun. The first reason that the probe itself does not dissipate in solar heat is the heat sink. It is a shield, which protects spacecraft from the sun. The white heat sink reflects light from the front to prevent heat from being absorbed.

The heat sink itself is made of various materials. Carbon fiber is also one of these, most of which is called graphite epoxy composite. This material is used in golf clubs, tennis racquets, etc., and has a strong heat resistance. The heat dissipation device is divided into three layers, with graphite epoxy on the outside and carbon foam on the middle. The carbon foam contains a lot of air and is lightweight and durable. It is said that 97% of the carbon foam is made of air.

The second reason is smart control. The autonomous software allows the in-cab equipment to be safely and always located behind the radiator to control the hull. It means that the heat dissipation device always maintains the right posture to protect the hull. We have deployed sensors for this. The sensor has been programmed to recognize that if the heat sink shadows are visible, the probe can not maintain its correct posture.

The third reason is the cooling system. The Parker solar probe circulates water inside to keep the temperature constant. The water flows through the solar array and the radiator, warming it in the solar cell, and cooling it in the radiator. It is like giving blood vessels heat transfer in the body. 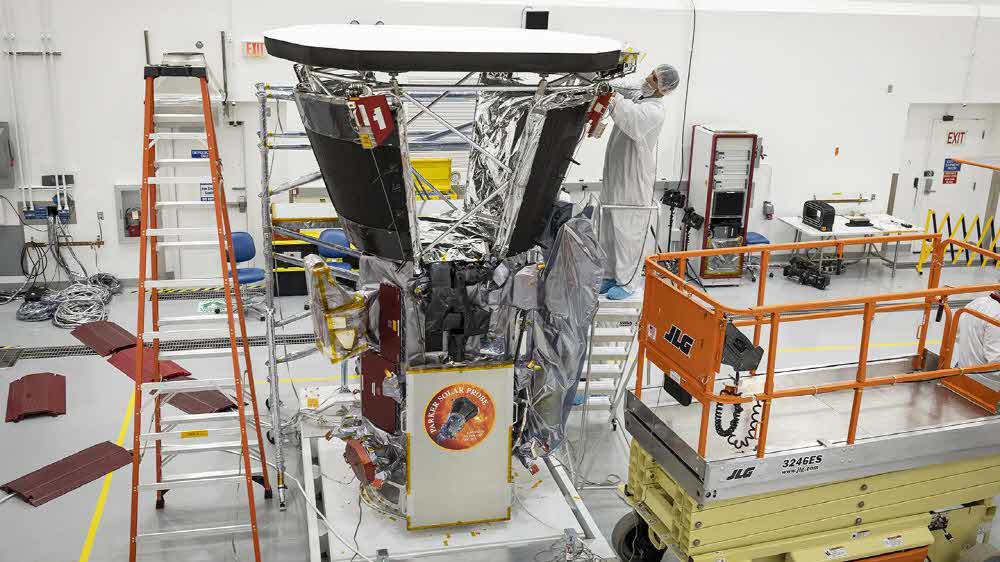 Like other stars, the sun is made of plasma. How tightly these plasmas are gathered varies from platform to platform. The solar corona temperature is high and the plasma particles constituting the corona are spread widely while moving at high temperature and high speed. Because of this, energy transfer efficiency is low. Therefore, it is easy to manage the heat around the probe. It’s easy to say that even if the oven is heated to 400 degrees, it does not mean that the hand inside is getting 400 degrees. For this reason, the parker solar probe ‘s heat sink surface is only heated to about 1,400 degrees even when moving in a corona environment.

The Parker solar probe also contains a technology that can measure ions and electrons flow in the solar wind and return measurements to the mounted electronics. The Solar Probe Cup is not protected by a heat sink, but it uses titanium, zirconium, and molybdenum alloys to withstand high temperatures, and the core chip uses tungsten with a melting point of 3,422 degrees. In addition, when approaching the sun, the cable for electronic wiring melts due to the high temperature, so it is designed not to be a general cable but to use a sapphire crystal tube to wire the entire electronic device to heat. 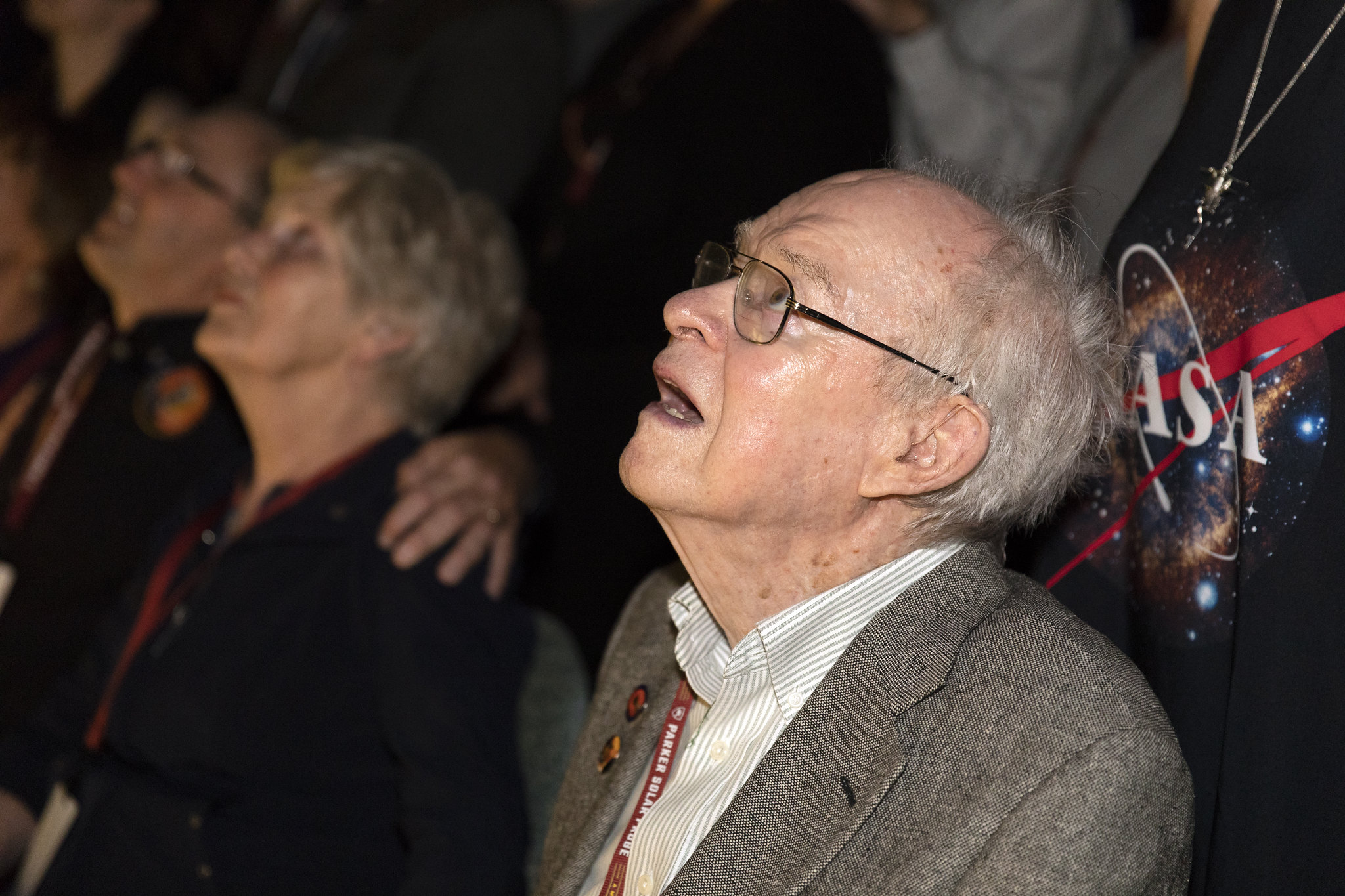 Eugene Parker, a 1950 ‘s solar astrophysicist, proposed the theory of solar wind in Corona, but decades later, Parker’ s solar probes were able to investigate the mystery surrounding the process. The wings of Icarus in Greek mythology are melted in the heat of the sun because of the wedging of the feathers, and eventually they fall into the sea and die. I do not know if the Parker solar probe will be like an Icarus wing, but it will be an overstatement for the power of technology, but if it goes well, it will be a wing to solve the old question of mankind instead of a fall.