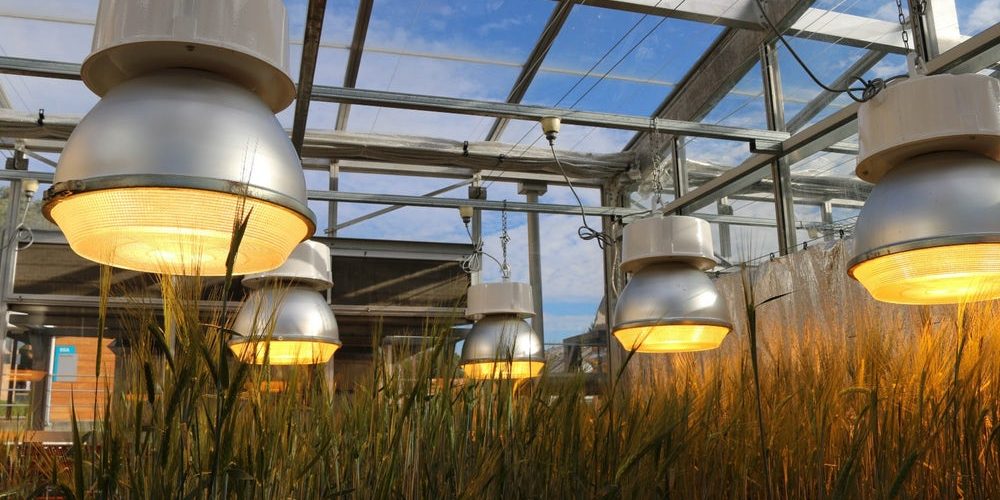 When technology and agriculture meet 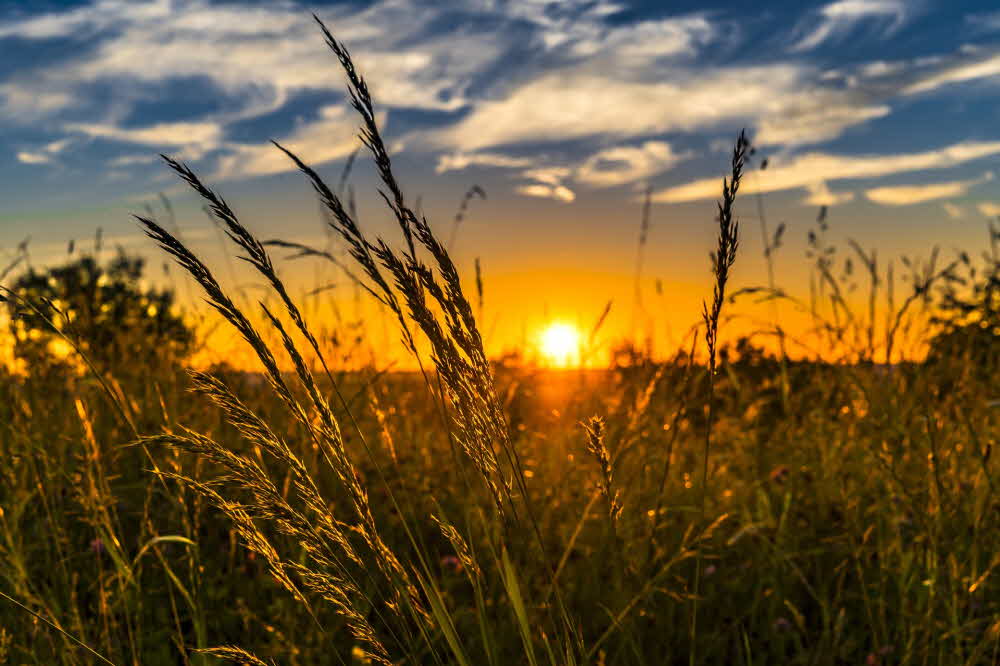 Green revolution means increasing food through breeding. Of course, this green revolution is ongoing. In order to develop rice and wheat to expect more harvest than existing varieties, we have developed a new variety rice that can identify the genes that have increased the nitrogen uptake capacity and harvest even more with a little fertilizer.

The first green revolution came from the 1940s and 1960s. It has dramatically increased grain productivity by introducing varieties that can expect more yields, or by using various methods such as efficient irrigation facilities, large amounts of chemical fertilizers and pesticides. Thanks to these efforts, grain harvests worldwide, which was 774 million tons in 1961, doubled to 1.62 billion tons in 1985.

Of course, this green revolution is still ongoing. There is still room for improvement in grain cultivation technology. To grow plants, including crops, nutrients such as nitrogen are naturally required. If the fertile land is rich in nutrients and microorganisms, the crop can absorb it. But if not, we need chemical fertilizer. In 2015 alone, 114 million tons of fertilizer was used worldwide.

Naturally, large quantities of chemical fertilizers can be harmful to both farmers and the environment. If it flows into a river, a lake, or the sea, it may become a cause to suffocate aquatic creatures including fish by reducing oxygen in the water. It is necessary to develop varieties which can obtain high yield with low fertilizer.

The Chinese Academy of Sciences team focused on the DELLA protein, which is attributed to poor nitrogen uptake and short stature in plants. Existing crops are plant hormones, gibberellin, which promotes DELLA proteolysis. However, the varieties developed during the Green Revolution were modified to shorten plant lengths to prevent crops from falling before harvest due to typhoons or monsoon winds. The researchers found that the DELLA proteolytic system did not work for any reason in the varieties developed at that time.

The team compared the DNA of 36 shorter rice varieties and investigated their ability to absorb nitrogen. Then we looked at the DELLA protein gene and the growth regulator (GRF4) gene. As a result, they found that GRF4 promotes nitrogen and carbon uptake in plants and helps metabolism and growth.

The researchers developed and cultivated rice that could form more GRF4. As a result, they were able to obtain sufficient yields with less fertilizer than the varieties developed during the Green Revolution. The researchers have registered the rice as a new varietal and have applied for a patent.

In addition to improving varieties, AgriTech is interested in future agriculture that combines agriculture and technology. 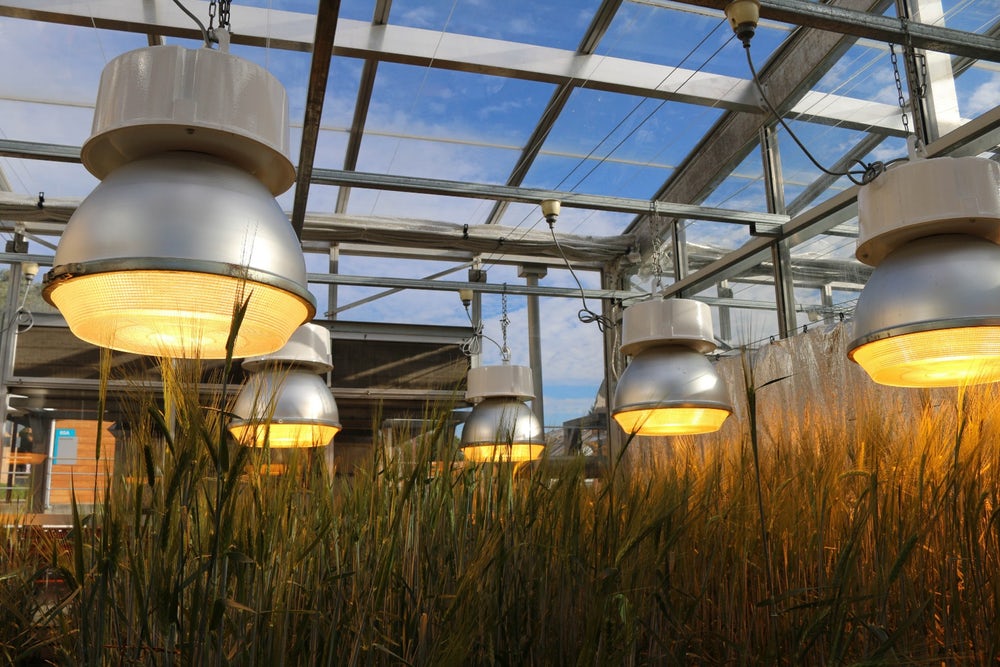 The world population is expected to reach 11.2 billion by 2100. Producing this kind of food that needs the population can be linked to the problem of survival. Among the cultivation techniques that can solve this problem is to raise the rate of crop growth by using LED lighting. NASA is studying technology to grow crops on space-constrained spacecraft. The yield of the cultivated area is important, but NASA focuses on developing technology to harvest more crops in less space. The application of these technologies can be considered to enable more efficient crop growth on the planet.

Australian researchers have recently used LED light sources in these areas to investigate how to increase crop growth rates and the appropriate light wavelength for each crop. As a result, it is said that the number of crops that can be harvested for one year is 4 times for rice, 6 times for wheat, soybeans and barley. It is not only harvesting once a year, but also harvesting crops as early as two months and then cultivating them.

The researchers boosted the crop by lightning the crop for 22 hours a day. It uses LED as a light source and it has higher energy saving effect than the incandescent lamp that was used before. Wheat and barley were successfully grown at a density of 900 per square meter.

Up to now, it has been suggested that growing crops that are resistant to pests is a powerful way to increase crop yields. However, if grown using LED light sources, more harvesting will be possible and crop yields will be dramatically increased.

Attempts to utilize LED light sources are in progress. Vertical farms are also one of the things that attract attention. The UAE, which is currently suffering from water shortages, is paying attention to vertical agriculture that can grow crops with little water. Accordingly, it plans to build the world’s largest vertical farm on a land of 12,000 square meters in Dubai.

The advantages of vertical farming use only LED lighting and renewable energy. It also has less environmental impact because it can save water usage than an outdoor farm. Vegetables can be cultivated indoors, making it possible to produce crops regardless of season. 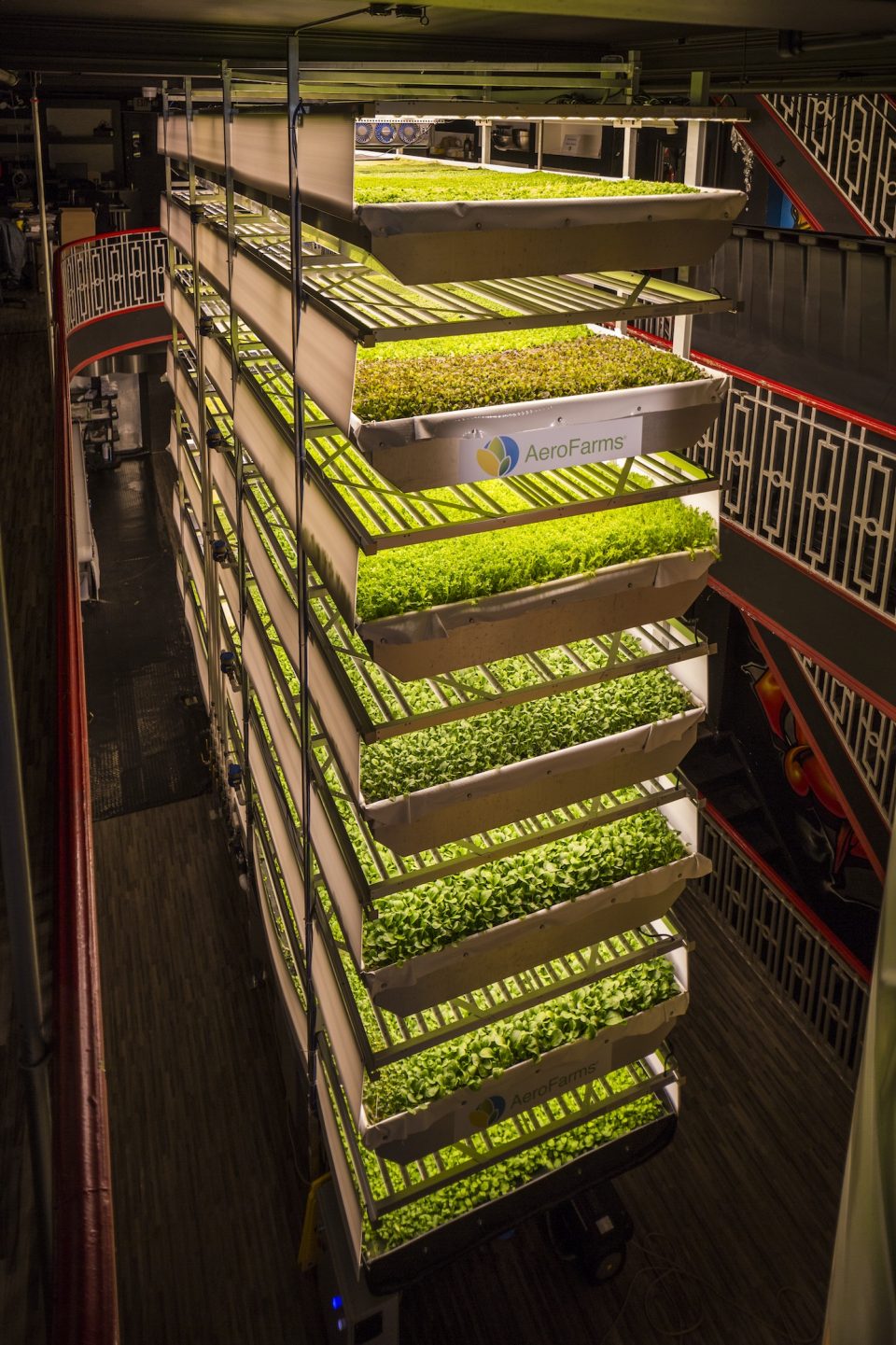 Vertical farms in the UAE will save up to 99% more water than growing vegetables outside. Of course, in case of power, it will be difficult to cover with solar or wind power generation, and some will come from the outside. Vegetables and vegetables grown on this vertical farm will be harvested for the first time in December 2019. It will supply up to 2.7 tonnes of vegetables a day to the airport lounges and in-flight meals once the harvest begins.

There are also some plant factories in the city such as AeroFarms. It also uses LED lighting and automatically controls the mist in water usage, which can reduce water usage by as much as 95%. Generally speaking, a plant is a hydroponic plant. But aero palm can spray plants like fog to reduce the use of water. This plant, of course, vertical cultivation facilities vertical growth (Vertical Farming) to improve space utilization. This means that fresh and nutritious vegetables can be grown in the city.

This facility helps LEDs with photosynthesis instead of sunlight. Like conventional hydroponic cultivation, it does not use soil. As mentioned above, it does not immerse the roots in water, but uses the mist to reduce the usage as much as possible. Spraying mist containing nutrients in the space where roots grow. The LED light source also combines the wavelengths that contribute to plant growth and blocks unwanted light. Since all light sources are fully automatic and indoors, there is no need to worry about climate. These plant factories are said to be able to reduce the harvest time by half compared to general outdoor farms.

Vertical cultivation is the result of 70 percent of the world’s water pollution sources attributed to water coming from the farm, 70 percent of the drinking water is used as agricultural water, and 3 minutes of the soil that can grow crops in the last 40 years. 1 is one of the alternatives to solve the problem of lack of farmland, lack of water and food shortage. In addition, it can save the time and cost of sending harvested crops to consumers as much as it is cultivated in the city center, and it can be expected that there is no energy to be transported and there is no greenhouse gas emission. 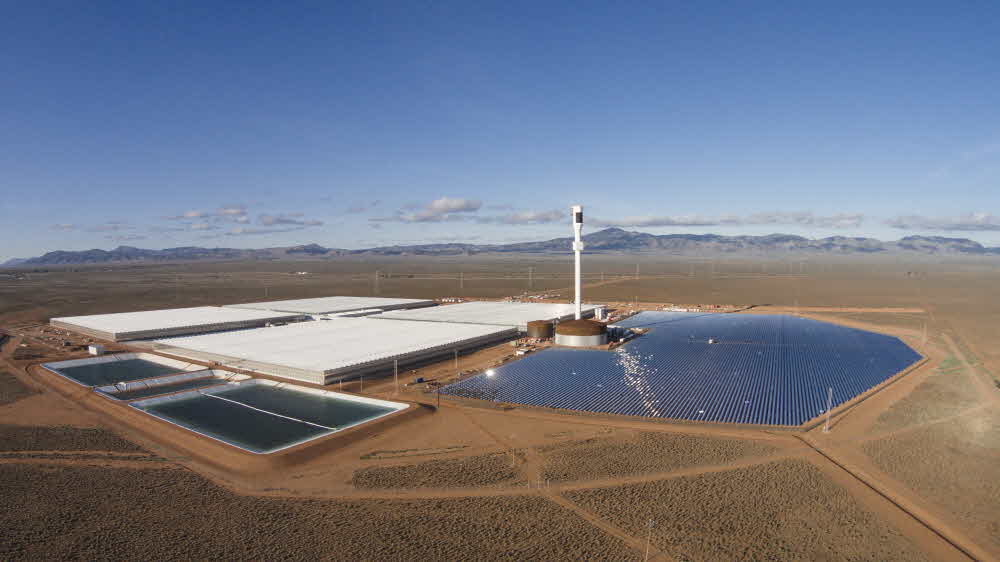 Sundrop Farm, which started operations in 2016, is a farm where crops can be cultivated in the desert with only sea water and sunlight. The United Arab Emirates, however, has a lot of water-deprived places all over the world. Of course, it is difficult to cultivate in desert-like areas. Sun-drop farms enable tomatoes and other crops to grow in these areas using solar power and seawater.

Build greenhouse facilities in the desert and add equipment to evacuate seawater through a centrally located photovoltaic facility. Thereby creating fresh water for growing crops. The heat generated at the same time warms the greenhouse, and seawater is used to cool the system. On this farm, you can grow a variety of varieties including tomatoes and fruits such as vegetables and strawberries. Another advantage of this farm is that it can be cultivated without pesticides because it is a clean water using soil that is not used in conventional agriculture such as a coconut shell. According to reports at the time, it was capable of producing 17,000 tons of tomatoes per year.