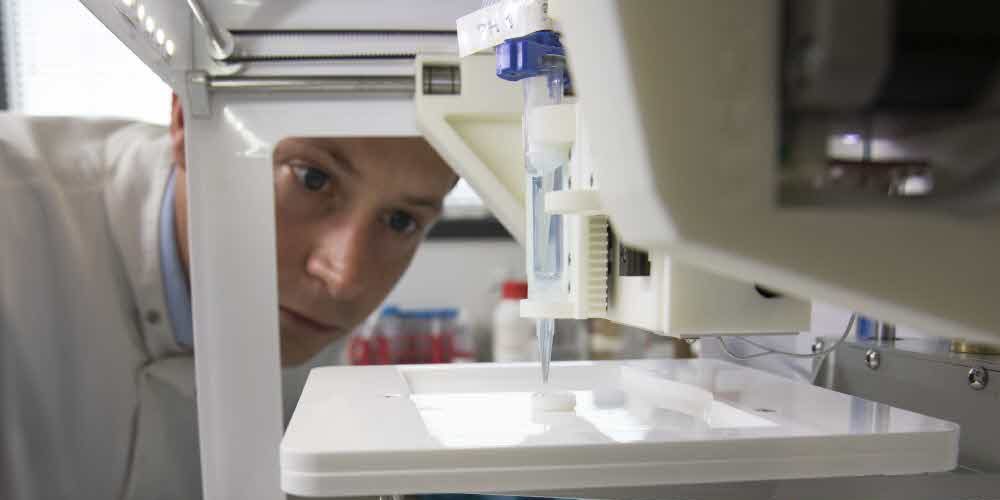 The navel is evidence that she was physically connected to her mother when she was a fetus. The fetus receives oxygen and nutrients from the umbilical cord in the placenta in the mother’s uterus. The placenta acts as a necessary structure for the survival and growth of the fetus between the fetus and the mother, that is, the mother. However, the placenta is a 3D printer and a biopolymer reproduced as it is, the artificial placenta has succeeded in making. The placenta, as mentioned earlier, connects maternal and fetal, supplying oxygen and nutrients, and taking out carbon dioxide and waste from the outside. Of course, the process of exchanging such a process between mother and child is not fully understood as to the permeability of the placenta. For example, if a mother has symptoms such as diabetes or high blood pressure, it can affect nutrition and oxygen supply to the fetus. However, research on how the placenta specifically affects how it exchanges waste with such supplies is not yet known.

The team at Technische Universität Wien used a 3D nano printer based on a femtosecond laser to mold a biomembrane with a chorionic villus structure in a microfluidic chip. In this chip, umbilical cord and placental cells were injected together with the culture solution, and the substance exchange between the fetal part and the maternal part was confirmed as in the real placenta. It explains how the artificial placenta can be used to study the structure of blood glucose, blood sugar, and the effects of drugs on the placenta. It is possible to apply it to other tissues as well as the artificial placenta because 3D nano-printer technology can be applied to the transport of substances through the biomembrane such as the womb, the colon, the blood, and the brain as well as sending the nutrients from the placenta.

There are projects around the world that use 3D printers to ‘print’ long-term or body parts. Last year, the Zurich Institute of Technology team unveiled a silicon artificial heart made of 3D printers. Professor Wendelin Stark’s team used a 3D printer to reproduce a 390-gram silicon heart. Like the real heart, there is a left ventricular right ventricle and a structure that plays the role of a muscle. This silicon artificial heart moves like real. However, the heart rate is 3,000 and the available time is between 30 and 45 minutes. Although it can be said that it is still under study, it can be said that it has made a step closer to realization of artificial heart. The industry expects to be able to make artificial hearts using 3D printers by the 2020s.

Researchers at the University of Toronto have also announced how to treat skin tissue with a 3D printer when it is healed, when it hurts. If the skin is deeply damaged, all three layers called the epidermis, dermis, and subcutaneous tissue may be damaged. When this happens, usually the skin is treated to transplant healthy skin. The problem is that it is difficult to collect skin tissue that would cover the entire three layers if it is a big wound. Some of the wounds may remain uncovered. This will reduce the effectiveness of treatment of skin grafts. The researchers have developed a 3D printer that weighs only 900 grams, so it can heal these big wounds immediately. The 3D printer is capable of outputting bio-ink, which can be used as a bio-material mixed with fibrin, which can contribute to the treatment of collagen wound, which is rich in dermis protein.

Using a 3D printer, we were able to obtain a biopsy sheet with uniform thickness and width, and we have already done research into the animal experiment stage, and have succeeded in filling the wound with tissue of mice and pigs. If such a study is put to practical use, it may be possible to treat burns or large wounds within a few minutes.

University of Newcastle researchers have succeeded in making artificial corneas using 3D printers. To make cornea artificial, we developed bio ink that can produce cornea by mixing corneal stem cells extracted from healthy donors with collagen and alginic acid. The bio-ink can be used to create corneas in 10 minutes using a 3D bio-printer. It is possible to create corneas quickly and inexpensively. The researchers confirmed that the artificial cornea stem cells made from 3D bio-printers were alive and that they succeeded in cell culture and proliferation. It has a soft and rigid stiffness that keeps the stem cells alive.

Since the artificial cornea made of bio ink is made into a 3D printer, the size and shape can be changed according to the patient’s eye. If you scan only the patient’s eye, you can quickly create a cornea for each patient. 3D bio-printer technology that outputs human tissue itself is evolving. The US military is interested in developing technology to restore injured soldiers through 3D bio-printer technology. Of course, in the future, it would be necessary to carry out various studies or experiments to ensure that the tissue that has been made using 3D bio-printers can be safely transplanted into humans, but the treatment using related technologies will become possible within a few years.