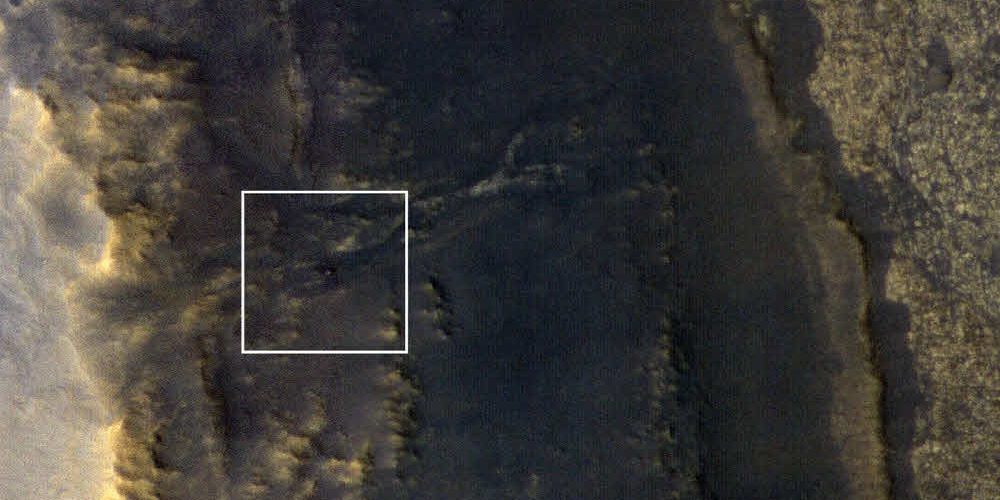 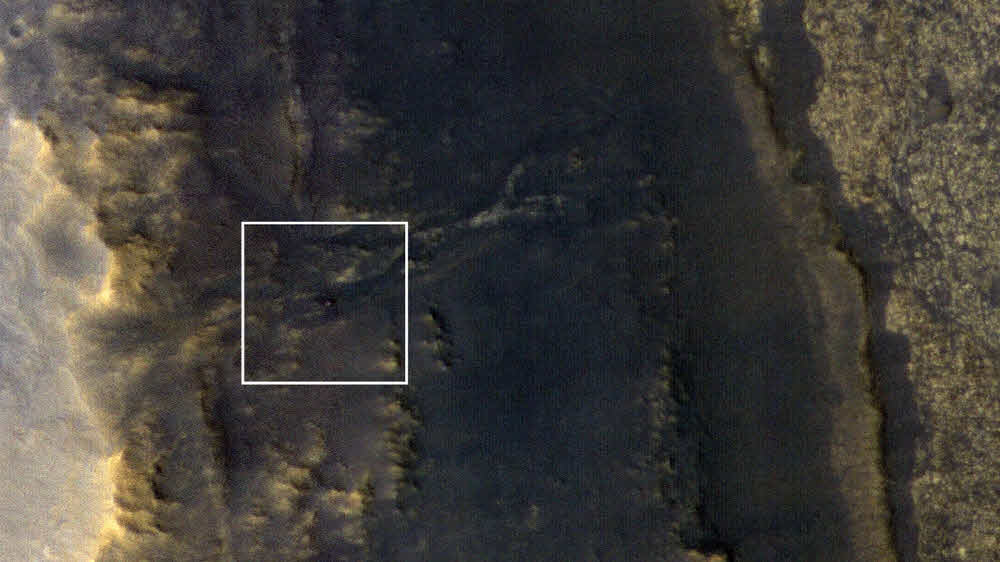 NASA’s Mars Opportunity Opportunity has ceased operations because of a sand storm that hit Mars on June 11th. Of course, NASA is expected to wait for an answer at least until next January by sending alarm music every day.

The image was taken from Mars over Mars Mars MRO. 267m The picture taken in the sky contains the image of Opportunity falling asleep. Opportunity is located in the middle of the Perseverance Valley.

This image was taken on September 20th. It is taken with HiRISE which is a high resolution camera mounted on MRO. The rectangle in the photograph is 47m wide mainly on opportunity. At the same time, the TAU value, which represents the amount of suspended matter in the atmosphere, was also observed by capturing opportunism using a MARCI camera. During the sand storm, the tau value was slightly higher than 10, but it was 1.3 at the time of shooting. It is one tenth level than the day when sandstorm blows. In this regard, it seems that solar power generation is not done properly because the solar panels are piled up in dust and dirt and are located in the shade.

Opportunity was already on Mars for 14 years after the first mission. For more information, please click here .