Intel has begun to say that the delay in the transition to 10nm manufacturing in 2016 will not keep Moore’s law, which has long dominated the semiconductor industry. Moore’s Law states that the number of transistors in a semiconductor integrated circuit doubles every two years. Gordon Moore, one of Intel’s founders, was the first to write a 1965 paper on Fairchild Semiconductor.

Moore’s Law itself is a prediction based on Gordon Moore’s experience, but then semiconductor innovation has evolved almost according to Moore’s Law and was regarded as an absolute indicator of the laws of the semiconductor industry. The number of transistors can be said to be a result of other words. Moore’s law can be said to be that computer performance doubles every 18 months.

According to Moore’s Law, the integrated circuit will reach 14nm in 2016, the height of the smartphone. As smart phones are mobile devices, not only are they capable of high performance, but they also require the manufacturing process to be finer, such as 10nm and 7nm, considering the Internet age. In fact, 7nm manufacturing processes are being introduced in smartphones.

Although it is the semiconductor industry that has protected Moore’s Law, it is true that there are limitations in the technology of micromachining. As miniaturization progresses, it becomes difficult to reduce power consumption, and when power consumption is restricted, there arises a problem that an area called dark silicon increases. The more difficult it is to proceed with micronization, the more difficult it becomes to keep Moore’s Law. 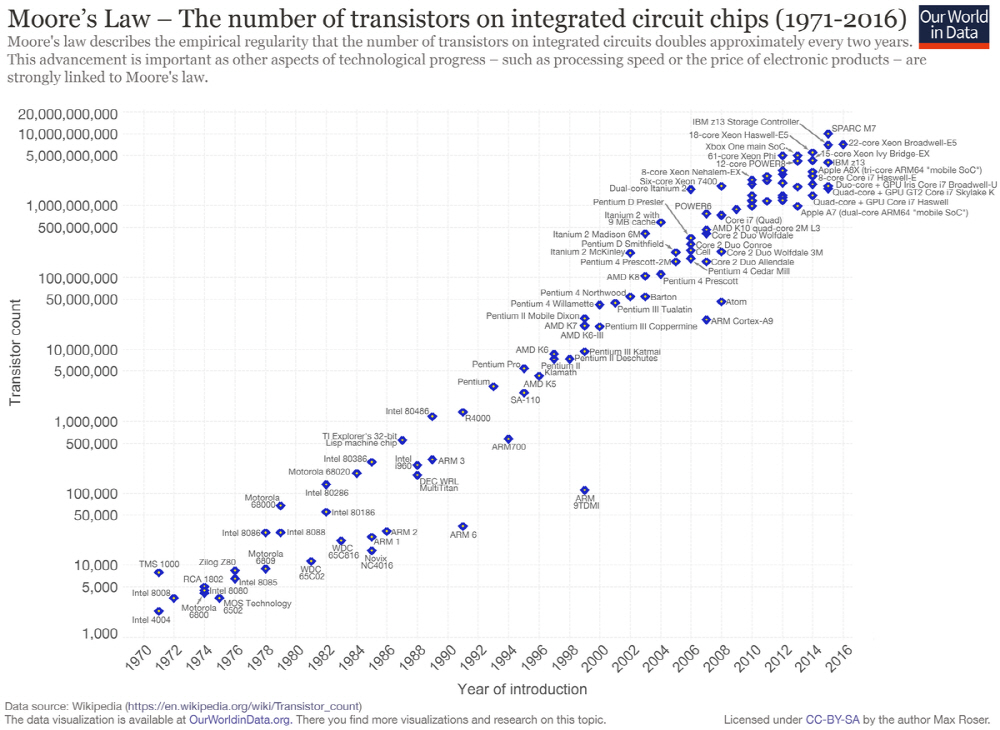 If you follow Moore’s Law, the manufacturing process should be 2 nm in 2030. This is only about 10 atoms. The quantum effects are much larger than now, and it is hard to expect the electrons to work reliably. It is time to arrive at an area where we can not draw a simple world that the performance will increase with the finer detail. 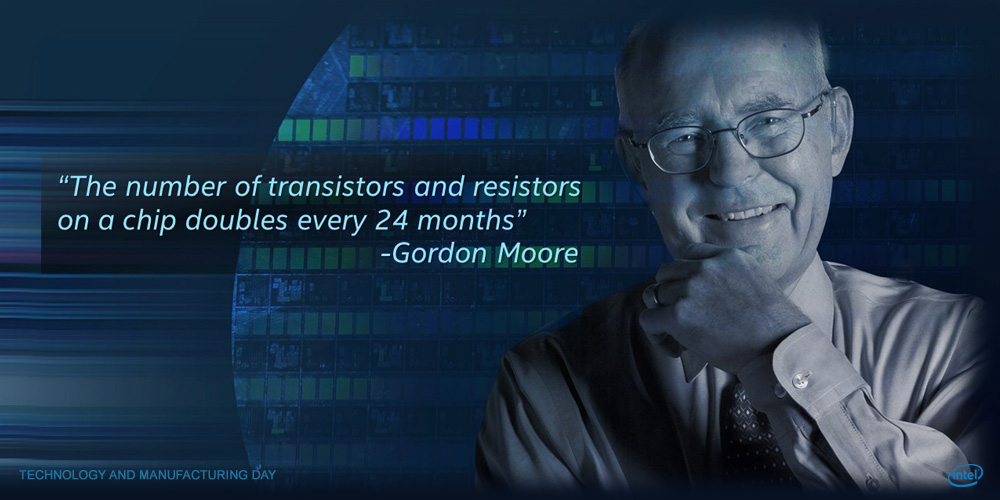 Of course, the important thing is that Moore’s Law is over, not the end of technology evolution. For example, the latest models, such as the Boeing 787, do not win the Boeing 707 in the 1950s. But the performance certainly improved. Just as the airplane performance is not simply a matter of speed competition, semiconductor performance should not be discussed in terms of integrated circuit density. After all, we need Moore’s law to be the next indicator. One example is packaging technology that focuses on power saving performance beyond simple computing power or bundles multiple chips together. You can also research carbon-based materials such as carbon nanotubes and graphenes that replace silicon with semiconductor materials. 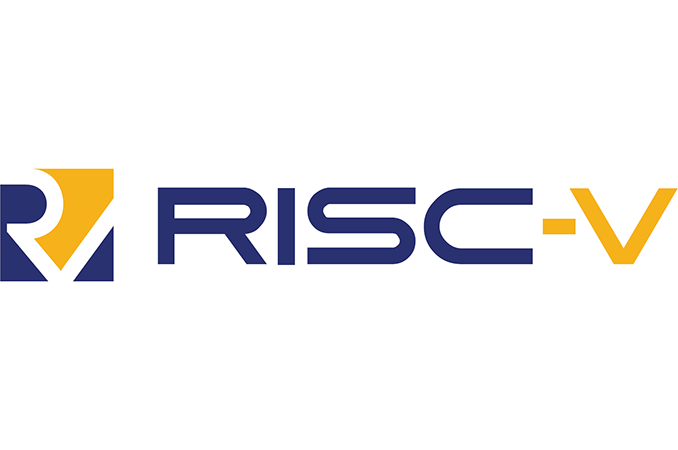 One of the noteworthy things about this is RISC-V. RISC-V is an open-source CPU instruction set architecture centered around universities, but now it has become a huge project involving famous companies like Microsoft, IBM, Qualcomm, Micron, Samsung and Huawei.

When developing an existing CPU, the instruction set architecture (ISA) was a closed entity that could only be used by a limited company. For example, in the case of x86, Intel and AMD only had to pay a license fee to ARM to use ARM’s ISA for mobile. Therefore, the presence of ISA in chip development has also served as an entry barriers.

RISC-V, which was developed as an open source, can open this kind of closed world. Because RISC-V does not require licensing fees, it can invigorate the development of customized devices once the Internet of Things is in place. Of course, the benefits of RISC-V, which anyone can use for free, are not limited to this. It is an ecosystem born for the whole industry. From this point of view, I am looking forward to the role of RISC-V by breaking away from the past methods used by ARM, Intel, ARC, and Tensilica. 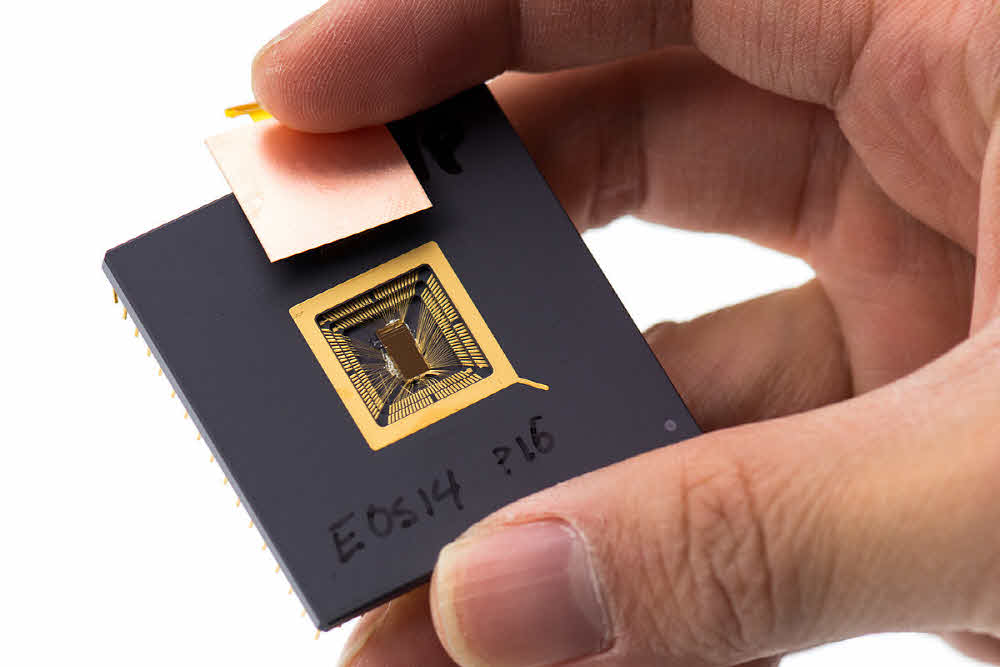 In the past, if you were to choose a core vendor and get an ISA, you can now choose ISA, or RISC-V, and then choose a manufacturer. In other words, you can use different manufacturers for different products and chips. You can use an open source core or a commercial core. Flexibility in choosing hardware as well as product design can be expected.

RISC-V also has the advantage of linking industry and academia. One of the reasons that RISC-V was born at UC Berkeley was the inability to develop chips using industry-generated ISA. In the academic world, research activities are carried out to put new knowledge on the knowledge created by other people, but conventional commercial ISAs are intricately intertwined with intellectual property rights such as patents. It is difficult to share work with others. Therefore, RISC-V was born for research.

With RISC-V, problems found in the industry can be expected to have a virtuous cycle structure in which universities and academia find solutions and return them. As the technical coherence between industry and academia increases through industry-academia cooperation, researchers who have conducted research at universities will be able to move smoothly to industry after graduation. Companies can also expect to be able to efficiently utilize advanced technologies and experiences that have been studied in the academic world.

With RISC-V, collaboration can be expected to become more active in industry. It is worth looking at creating new value through collaborations with competitors that were not possible in the past or collaboration with entirely different industries.

Long-term success of RISC-V depends on the software ecosystem to support it. The RISC-V ecosystem is not yet ARM-based, but it surpasses other companies’ intellectual property rights. RISC-V and has been moved to this platform. As Moore’s law collapses, the semiconductor industry is looking for a new direction. RISC-V can also be said to have a strong presence in this flow.