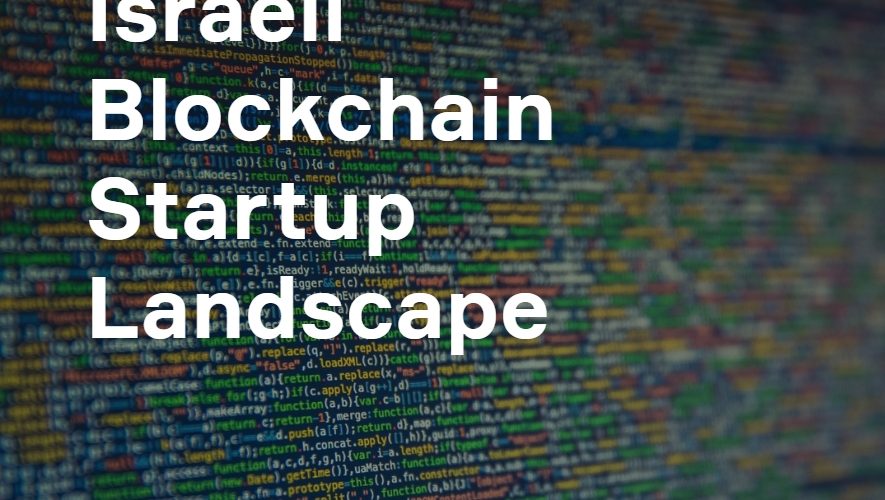 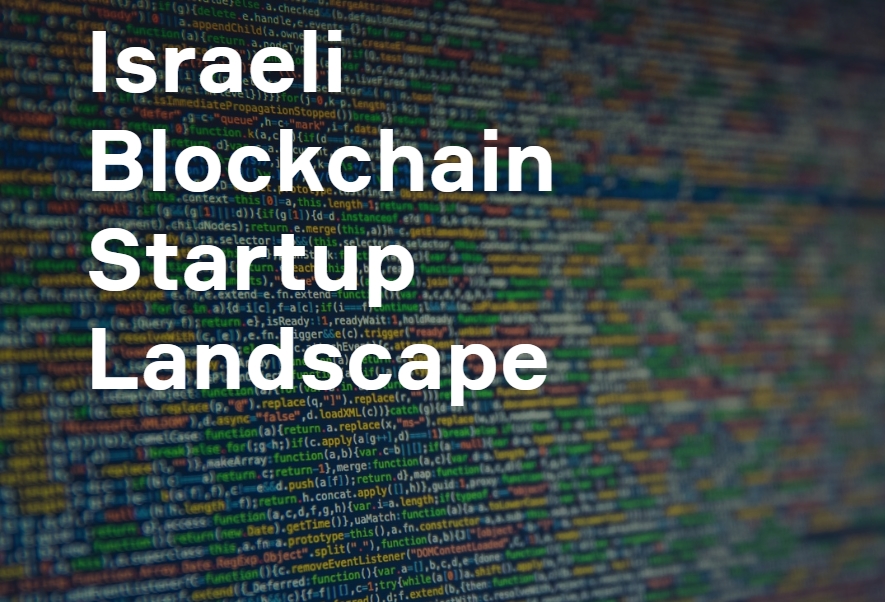 Israel, which stands for a start-up country, also raised about 670 billion won through 800 ICOs in the field of cryptography and block chains from January to September.

According to a report released on November 2 by onealpha, a cryptographic research institute, the most active ICO funding is in Russia, the United States, Switzerland and Singapore, It is one of the active nations in the field. In Israel, the ICO procurement amount was 650 billion won last year, but this year already exceeded the previous year level by September. Israel has a population of 9 million people, but the funds raised by startups last year from Venture Capital amount to 5.4 trillion won. 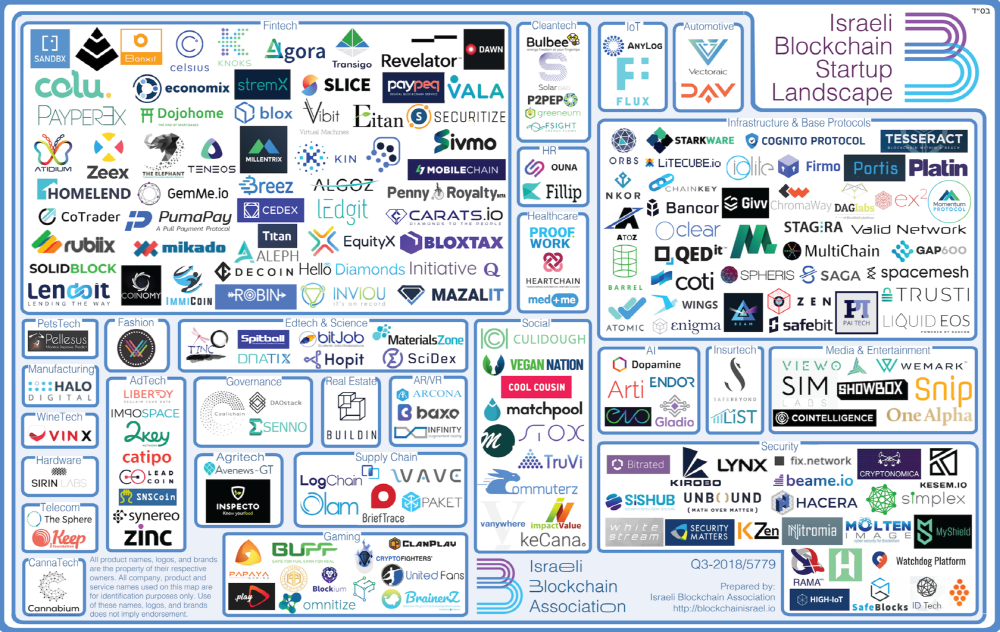 It seems clear to focus on the Israeli cipher and block chain related fields. According to the Israel Blockchain Association, there are about 200 block chain-related start-ups . Israel is also strong in protocol development and security technologies in this area. Zero knowledge proof, which was used in Etherium and Jet Cache, was also designed in Israel and Biscor, the cryptographic exchange, is also an Israeli company. 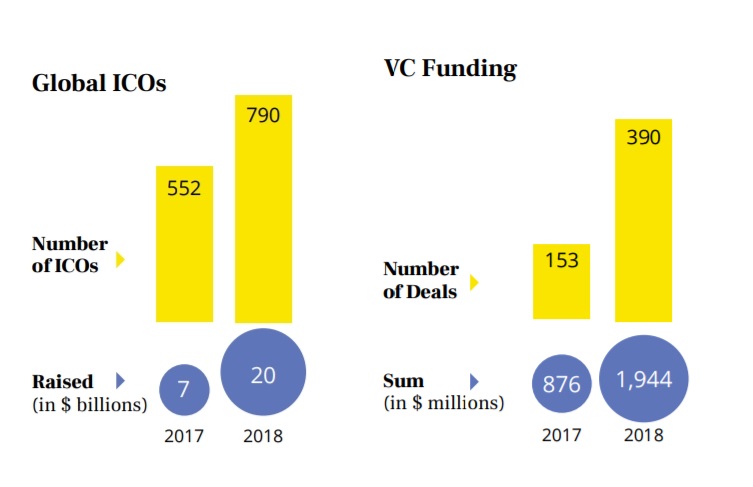 Worldwide ICO financing is less than 10% of the procurement scale from venture capital. Also, it can not solve the regulation and the technical problem, and it is in its place. “The collapse of the bubble in the cryptographic market has had the effect of clearing the cryptographic ecosystem,” said Alpha One CEO Yaniv Feldman. “It is essential for a healthy ecosystem to be created.” 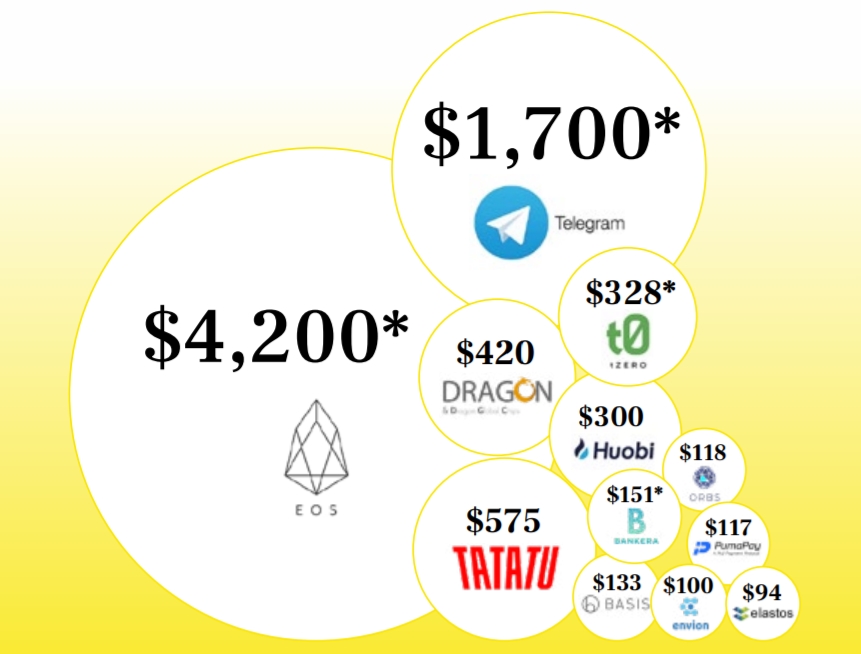 Based on the amount of procurement, the biggest ICO this year was KRW 4.7 trillion with the EOS of the password, KRW 1.9 trillion worth of Russian messenger app telegram, KRW 640 billion of video platform TaTaTu, KRW 470 billion of casino related platform dragon, (tZero) is in the order of 360 billion won.

For reference, Wycombe representative Sam Altman says a few things are necessary to make startup successful. First, make products that you want to talk to people inadvertently. If you make a good product, you want to talk to anyone. Even if only this step is possible, it can be said that start-up achieved 80% of the conditions necessary for success. The next is to make it easy to understand. Above all, it should be simple and easy to explain. If you can not give a brief description of the product or if you can not understand the product, then there is probably something wrong with it.

The third is exponential growth. Start-ups grow quickly even when small markets are initially assumed. The next thing is to know the true trend. The following are key leaders. Without a centripetal presence, it becomes difficult to form a team. The sixth is an ambitious vision. It is important to remember that vision is the basis for creating motivation. The seventh is that a comfortable start can meet a larger obstacle. Although contradictory, funding can be relatively simple, many start-ups do not get enough talent. It is more important to evolve the ambitious vision so that millions of people can participate.

The eighth is confidence and clear prospects. When you look at successful entrepreneurs, they are all confident and have a clear vision for the future. The following is the importance of the team. It is more important than choosing the right market and creating a strong product. Establishing a company is like building a team.

The tenth is optimistic. As long as there is a view that start-up is not a success in the world, it is quite difficult to continue to succeed until there is no optimism. The idea is also important. If you have a steady idea at your company, it’s obvious that it plays an important role even though most of the ideas are not.

Next is the spirit that you do not know. It is important to understand and solve the problem that has not been solved so far. The thirteenth is doing the best. I’d rather try or do my best than to think of it as something outside my role. The following is different according to his thoughts. Start-ups must win and win quickly. It is necessary to make quick judgments to believe and run your own thoughts and to change quickly if you are wrong.

Sam Altman says the lack of experience can also be a blessing. Those with less experience tend to show higher potential in unexpected work. The 16th is that momentum is important. If you keep your momentum, you will be able to show your potential and continue to produce results, but once you lose momentum, it is difficult to regain it.

Finally, it is a question of how startups can win big companies. It may be important to identify past examples. Agility in the marketplace can be an advantage for start-ups. For more information, please click here .