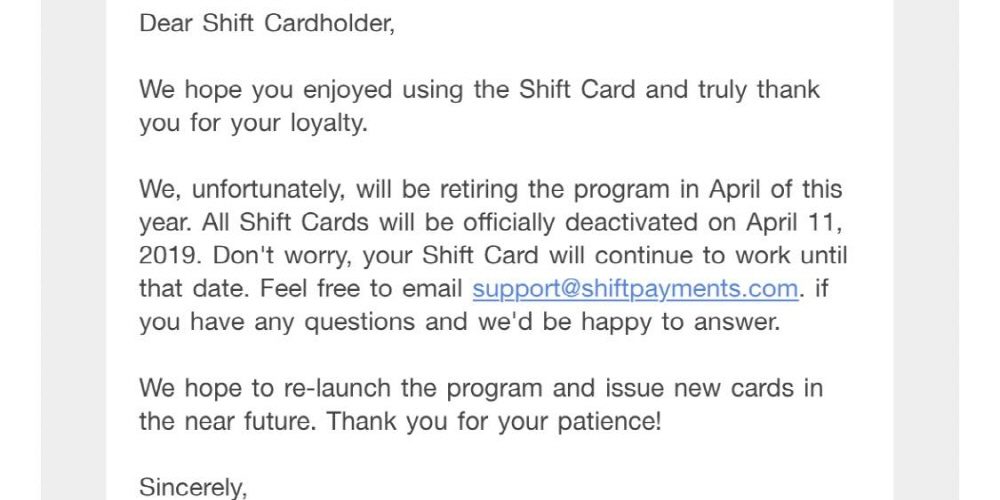 The shift bit coin debit card (Shift Card) announced that it will stop service on April 11.

The shift card has supported the ability for US coin exchange coin base users to pay for a bit coin using a VISA debit card. Starting in November 2015, coin-based users were able to pay by credit card wherever they could pay by using a bit coin in their account.

The shift card did not disclose the reason for the suspension, and the card can be used normally until April 11th. When the shift was issued in 2015, there was a strong sense of skepticism that bitcoin debit cards would not have a big market. Indeed, it is pointed out that there is no demand in places like Reddit. But Shift said he would restart the program in the near future and issue a new card. For more information, please click here .