MagLab (National High Magnetic Field Laboratory) is a National Institute of Magnetic Field research at Florida State University. It had the strongest continuous magnet in the world at 35 tons, making it ten times stronger than the MRI used in hospitals for 20 years and producing a 45 Tesla magnetic flux density.

The researchers said they broke the record this time. 45.5 Tesla. However, it was made with a 390g small magnet that is 90,000 times lighter. The 0.5 Tesla difference is not a big deal, but this record update has opened the way to a more powerful magnet following the principles of superconductivity.

For the past twenty years, the 45 Tesla has been the largest DC field created by scientists. The spherical magnet is composed of parts made of electromagnet as the center of the magabrap. Among these are copper coils that produce 33.6 tesla with Nb3Sn. Copper generates heat when current passes through it, but it requires 31 mW of power, which is above the maximum power of some nuclear submarines. Cooling heat requires thousands of liters of cooling water. 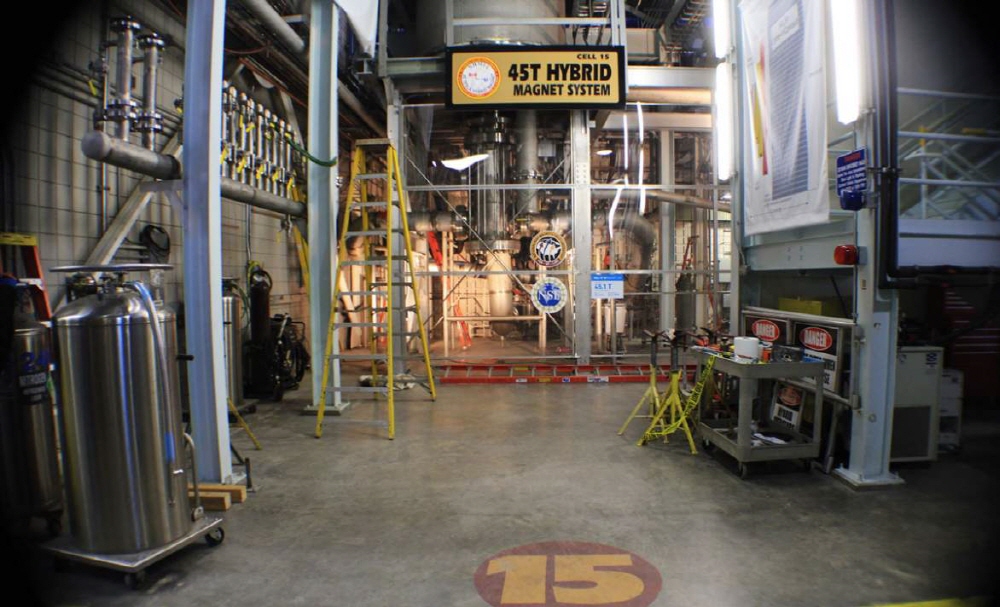 The new magnet, Little Bick Coil 3, was created by Seungyong Hahn, an associate professor at the A & M University of Florida and a magazine scientist. A superconducting magnet was used in the electromagnet and a tape coated with a copper oxide superconductor, REBCO, was used instead of Nb3Sn. This tape is wound around the width of the hair to increase the current density, so that the magnetic field strength increases.

The researchers also removed the insulators to help them successfully shed the current. This is because superconductors may lose their superconducting properties. The published paper notes that if left uninsulated, the current density will increase and more secure cooling will be possible.

The creation of a strong magnetic field by such a small magnet can be useful for applications in harsh scientific applications such as particle detectors, medical diagnostics, biomedical research, and fusion materials. However, this experiment is part of the proof of concept and can not be used immediately for future experiments. The implication of this study is that it used copper oxide superconductors to make scaffolding to create more powerful magnets. For more information, please click here .