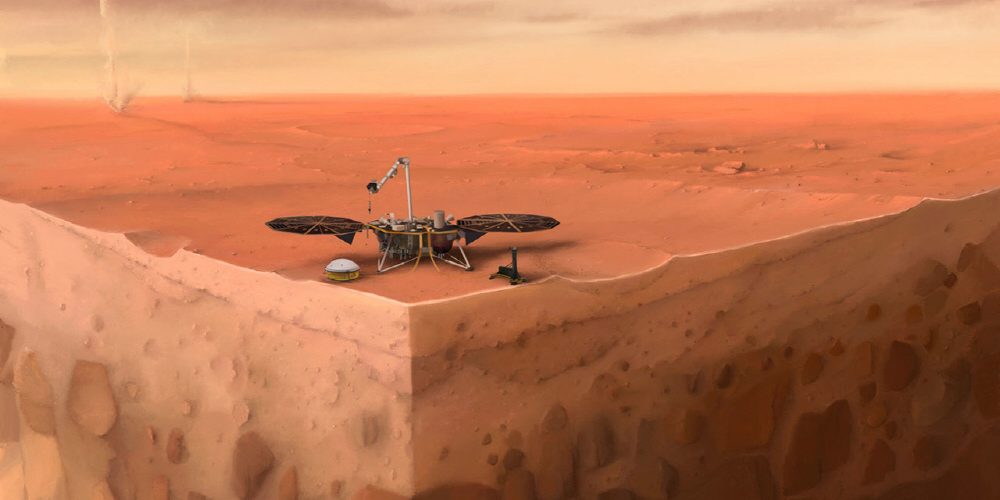 Earthquake and atmospheric movement… Mars is more active than expected

According to a recent announcement, earthquakes occur frequently on Mars like the Earth and the Moon. It also shows strange data surrounding the atmosphere and magnetic fields.

The Mars rover InSight, which landed on the Mars Elysium Plain in November 2018, has equipment such as a camera, weather sensor, magnetic field sensor, and thermal probe seismic meter. This study was revealed through seismic experiments and seismographs through insights, and the paper is published in the journal Nature Geoscience.

According to this, the Mars earthquake has been confirmed 174 times. Among them, 150 times of high-frequency low-amplitude propagated through the Martian crust and 24 times were generated with high-amplitude deep. High frequencies are similar to those measured on the moon at the time of the Apollo Plan, and low frequencies are generated in two orders, such as the P and S waves seen in Earthquakes. The research team says it is scientifically interesting to be able to learn the inner structure of Mars using technology developed by Earth.

The seismic measurement technology accumulated on the Earth appears to be applicable to Mars, suggesting that research on nuclear size and composition can be expected. However, in reality, research on the nucleus needs to wait for a stronger vibration. For reference, it is said that the maximum magnitude 4 that can be observed currently.

It is said that it is difficult to accurately determine the cause of the shaking because there is no plate collision or tidal force of nearby planets on Mars. Two of the large-scale earthquakes that occurred during this time are believed to be related to the Cerberus Fossae, a volcanic zone. This would behave like an earth fault. They also learned that planets could cause earthquakes made of atrophy and contraction faults.

Another paper published in the journal Nature Earth Science found that seismic activity increases during the day as heat moves into the atmosphere compared to a quiet night. This analysis indirectly suggests that there are many cracks at the top of the planet’s surface and that there are relatively few volatile substances such as nitrogen, ammonia, carbon dioxide, and other low-boiling elements.

In addition to the frequent Martian earthquakes, there are also new findings. The atmospheric movement is more active than the researchers expected. Insight observed a sandstorm and measured wind speed with a camera, confirming something similar to the turbulence that occurs on Earth in thin air, or atmospheric light caused by the light reaction of atmospheric particles.

The research team will continue to monitor various processes on the planet throughout the year and observe how they change. Insight’s Rotation and Interior Structure Experiment (RISE), which is expected to provide more data on Mars internal properties, will also allow the determination of whether the nucleus is a liquid or solid. Related information can be found here .