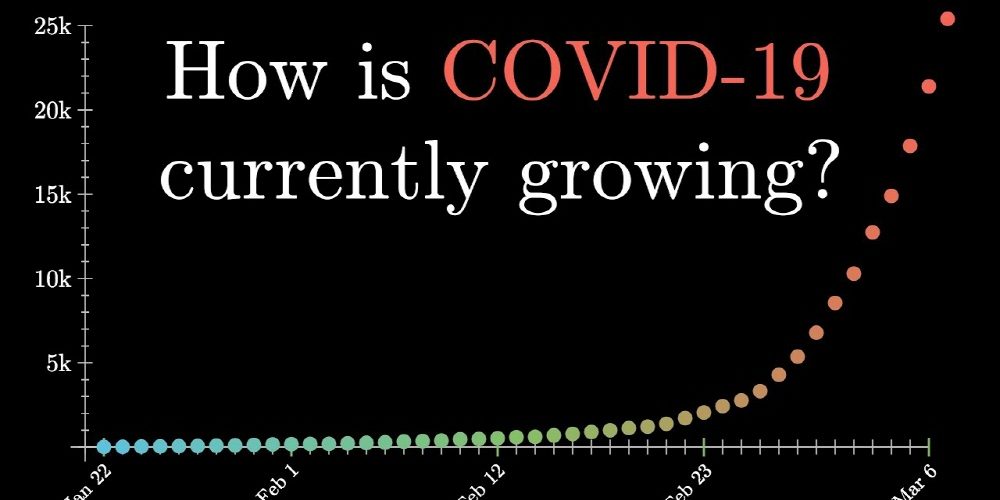 Corona 19 is spreading out of China since the end of January. The YouTube Math Commentary Channel (3Blue1Brown) released a graph that summarizes the number of infected people in the region excluding China, explaining that it is increasing exponentially in a month and a half.

Of course, this does not mean that this increase will continue. The number of people infected with Severe Acute Respiratory Syndrome SARS converged at 8,000, and the Spanish flu spread to 500 million people, 27% of the world’s population at the time. The infection from Corona 19 is also likely to converge somewhere, and the question is when will that be? Also, the number of infected people does not necessarily exceed the global population. Starting from the inflection point, the rate of increase begins to decrease.

In the end, you have to think about what to do to lower the growth factor. Individuals should avoid going out such as traveling, go to places where people gather, and wash their hands frequently.