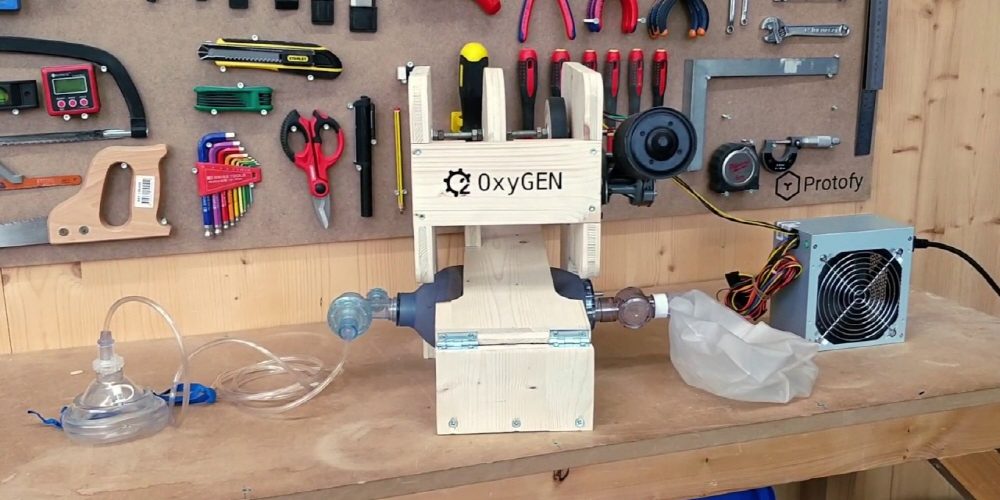 OxyGEN is a project to develop a manual ventilator called a bag valve mask as an automated device or equipment. It is not a medical device, but an open-source device designed to reduce the workload of medical workers, and its advantage is that it can be assembled in a few hours without requiring any special knowledge or tools.

With the spread of Corona 19 infection, the lack of medical workers and medical facilities is a problem. Among them, it is expected that the number of ventilators used by patients who developed severe pneumonia or bronchitis due to Corona 19 will be insufficient. For this reason, attempts to design open source ventilators are also being made by engineers around the world.

However, machine-controlled ventilators are expensive, and even if they are built, they can be used in hospitals after obtaining regulatory approval. In addition, there is a problem that a control system using a microcontroller board such as Arduino can be built with some knowledge.

The Oxygen Project is a simple mechanical operation system using an airbag that is a part of a manual ventilator pump called a bag valve mask used for emergency medical care. A cam in the center of the Oxygen motor rotates and regularly pushes the lower plate down. Due to this movement, air is regularly transmitted from the air bag under the plate to the mask.

Complex computers and electronic boards are not required, and it is easy to assemble with a plate, shaft, and motor by cutting them into parts. Oxygen developers say they have designed it so that anyone can assemble it with parts recovered from cars and small home appliances. The blueprint can be downloaded from the official website.

Oxygen is an auxiliary device and the bag valve mask itself is a medical device, so it must be worn under the supervision of a doctor. However, Oxygen’s purpose is to reduce the workload of medical workers at low cost in hospitals that do not have expensive ventilators or in areas where there are insufficient medical workers chased by Corona 19 response. Although it has a simple structure, automation is of great significance as it can lower the risk of infection by medical workers if the airbag is always operated near a person infected with Corona 19. Related information can be found here .