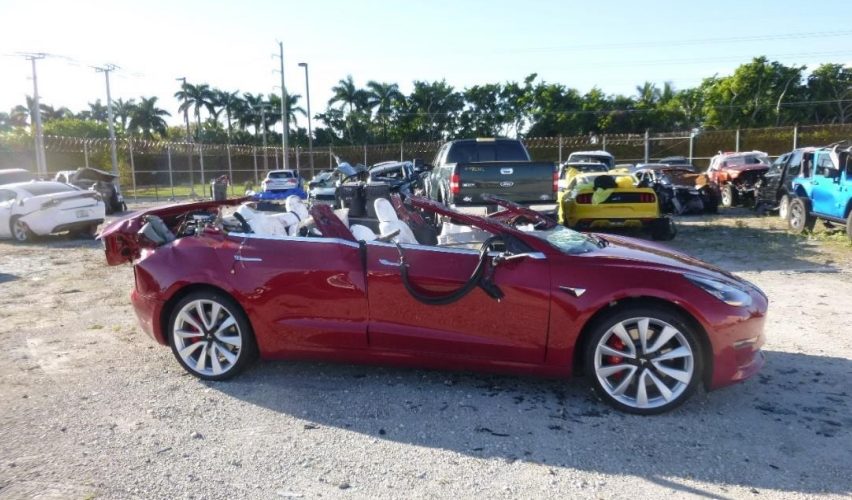 The U.S. National Transportation Safety Commission’s NTSB has compiled a final report that the trailer driver is responsible for the accident in which the Tesla Model 3 crashed into a trailer on a highway during commercial use of the semi-automatic driving function Autopilot in 2019.

However, NTSB also pointed out that Tesla deserves criticism. According to reports, the biggest cause of the Model 3 crashing into a trailer was that the trailer was attempting to cross the road in a way that interfered with vehicle traffic on the highway. In addition, he pointed out that one of the causes was that the model 3 driver overconfided in the autopilot function and neglected to pay attention to the front. He also pointed out that the error in designing the operation of the Tesla system and setting limits on usage conditions was also a failure, which urged the driver to hold the steering wheel and did not allow him to look ahead.

The autopilot function mounted on the model 3 that caused the accident did not assume that the road crossing Highway 34 in this area obstructs the passage of the highway main line. If the driver who was using the autopilot had the function to look ahead, it could be said that it was possible to find the presence of a trailer crossing in front of him and avoid an accident.

NTSB notified safety recommendations to automakers in 2017, when the development of autonomous driving functions was active in a report of an accident in February that an Apple engineer (Walter Huang) died from crashing into a concrete wall at a junction while using an autopilot on the Model X. They pointed out that only Tasla had been ignoring it even though they were asked to respond quickly.

The NTSB also wrote to the NHTSA, the Road Traffic Safety Bureau of the US Department of Transportation, which also did not require the development and integration of safety devices suitable for Level 2 autonomous driving functions. If NHTSA determines that there is a problem with vehicle safety, it may request a vehicle recall from the manufacturer, but NTSB does not have this authority. Related information can be found here .