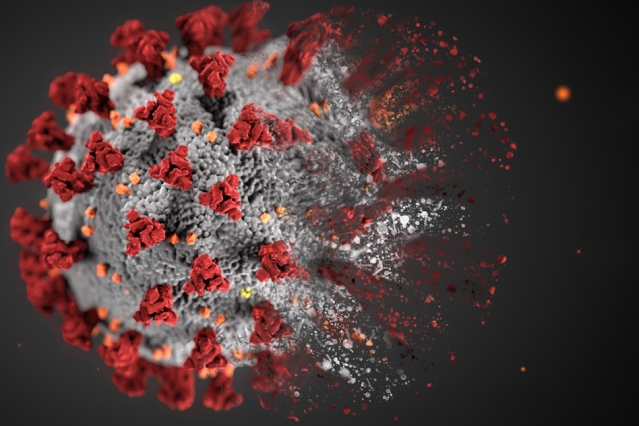 Talents from MIT are active in a variety of fields, including biotechnology, mobile technology, data analysis, and community participation, and are exhibiting abilities in a number of companies and research facilities. Among the organizations in which such talent is active, what are some companies that are achieving results in Corona 19 research?

Modena Therapeutics succeeded in designing a vaccine that can expect to prevent corona 19 infection in collaboration with the National Institutes of Health, just two days after the Chinese authorities revealed the corona 19 gene sequence on January 11, 2020.

The first trial using a vaccine developed by Modena Therapeutics is expected to take about 6 weeks, and its effects on safety and immunity will be investigated in detail. According to Modena Therapeutics, the vaccine will take 12 to 18 months for general application, but in some cases when urgently needed, the vaccine may be given quickly.

Next is Alnylam Pharmaceuticals. It is a biotechnology company based in Cambridge, Massachusetts, developing a therapy using RNA interference. The company announced on the 3rd and 5th that it will be working with Vir Biotechnology, a company specializing in infection treatment, to develop a treatment for Corona 19.

Alna Lam Pharmaceuticals said it plans to use RNA interference technology, which is its strength, in the lungs to identify treatment candidates. In response to these efforts, the company has revealed that even if the alliance does not lead to the development of a treatment for COVID-19 infection, there will be great potential to help victims of infection in the future.

Next up is Dimagi. Located in Cambridge, Massachusetts, it is a company that helps introduce low-cost IT technologies with open source in various regions. Until now, during the epidemic of Ebola in West Africa in 2014, it has been conducting various projects such as providing a system for collecting infection status data locally using mobile phones.

Here, the spread of the Corona 19 infection is also supporting activities to rearrange an information platform in Nigerian municipalities. The founder of Dimagi was entrepreneur Jonathan Jackson. When he attended MIT, he founded the company after studying medicine at the Harvard-MIT joint medical science and technology department co-founded by MIT and Harvard University.

He explained that DiMaggi is like an app store that allows medical institutions operating at the forefront of corona 19 infection to download Corona 19-related applications for free and use them quickly.

Next is Biobot Analytics. It is a company that solves public health problems with sewage analysis. It was founded by Mariana Matus, who studied mechanics at MIT, in collaboration with urban science expert Newsa Gali. The information obtained from sewage samples by Biobot Analytics is diverse, including drugs, environmental pollution, and antibiotics, but the company developed a method to investigate the spread of Corona 19 using this know-how.

This method of investigation is that it is possible to investigate corona 19 traces in sewage of medical institutions nationwide using a method called reverse transcription polymerase chain reaction. It is explained that it can complement the individual’s COVID-19 infection test, measure the effect of preventing the spread of infection, and detect signs of reoccurrence early.

Next is Soofa. It was started by former MIT researchers as a company that introduced Soofa Talk, a service that operates street bulletin boards and sends out community news for everyone. Supa has developed a bulletin board system that displays the official Corona 19 information for each city in Massachusetts, taking advantage of the strength of delivering information quickly and flexibly to urban spaces.

Next is Pathr. It is an IT company that analyzes the movement of people such as commercial facilities through data analysis using machine learning. It was started by CEO George Shaw, who received a master’s degree from MIT, and since the San Francisco Bay, where the headquarters is located, was blocked by an indoor evacuation order, a simulation of the spread of Corona 19 infection (SocialDistance.ai) was developed and released.

Through this simulation, if no countermeasures are taken, the appearance of an infected person leads to an expansion of the chain infection. At the end of the simulation, 90% of visitors are infected. If the social distance is maintained, the spread of infection rarely occurs even if the holder moves. Later, the infection spread to some extent, but only about 30% of visitors are infected. Because of this, it is visually understandable that a strategy of social distancing has the effect of slowing the increase in infection, although it may not completely prevent the spread.

The company has already contacted managers who operate various public spaces such as shopping malls, casinos, and retail stores and is providing information to help them decide whether to allow the use of public spaces. Related information can be found here .