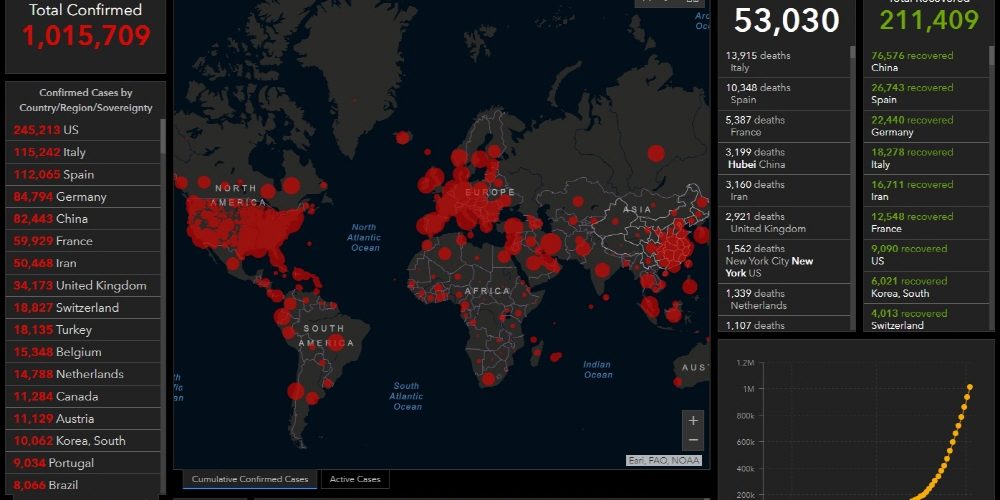 The number of corona19 infections that occurred at the end of 2019 and raged around the world this year has exceeded 1 million.

The cumulative infection chart shows that the spread is accelerating in March. From the end of January to the beginning of February, the number of new infected people was declining, but since then, it has been on the rise. Related information can be found here .