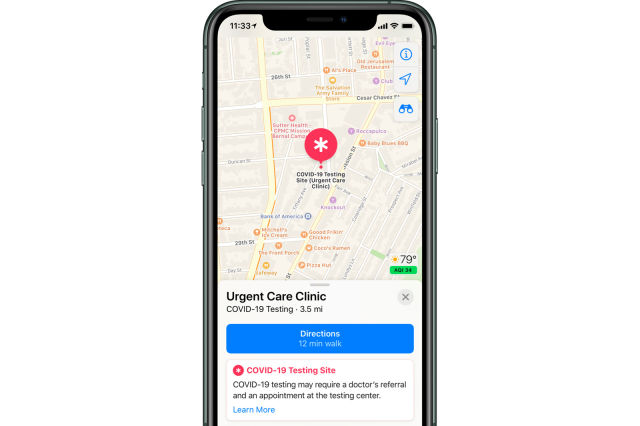 Not long ago, Apple and Google announced that they will cooperate to develop a technology that detects the possibility of dense contact following the spread of Corona 19. It aims to provide an API that enables interoperability between iOS and Android for the opt-type contact history tracking application provided by the public health authorities, integrating the technology that detects the use of Bluetooth in the operating systems of both companies at the system level. It is a policy.

Apple also revealed details about the technology. The first thing to question is Bluetooth reliability. The range of Bluetooth’s strong signal reaches 9m, but the social distance the sanitation authorities require of people is 1.8m. Here, we only know that there were two terminal devices nearby instead of 1.8m in Bluetooth search. This is a point of concern for misjudgement.

Apple says it is still investigating, but points out that it also includes close time to determine a contact with a rich person. For example, if you set it to 5 minutes, a warning is displayed indicating that there was an infected person in the same bus, but the degree of crossover while jogging on the street is not counted.

In addition, a detailed outline is described for the corresponding operating system level response as a second step. In other words, if the smartphone is updated to the latest version of the operating system, if you withdraw from the contact history tracking API, the terminal transmits the Bluetooth signal from the nearby terminal and records the transmission signal from the other terminal. This is the principle that the privacy, transparency, and consent of both companies that require withdrawal, in other words, user consent are paramount.

What makes this system so good is that it can be detected retroactively. It is mentioned that if you download a contact history detection application connected to this system, you can also find information about rich contacts for the past 14 days. And it is possible because Apple and Google cooperate to overcome the operating system difference, and almost all smartphones detect each other, exchange information, and request the installation of a tracking application with updates.

Even if these 21 companies are allied with a large-scale response, perfection is not guaranteed. There may also be cases where protons who have not been detected by the sanitation authorities spread the infection at a frightening rate. Even with this limitation, if an infected person can be identified as soon as an infected person is detected, the effect of reducing unknowns can be expected.

Meanwhile, Apple has announced that it will display the corona 19 test locations on its map app. Prior to these initiatives, Apple launched an online portal that allows companies to register test sites, such as healthcare providers and laboratories. Once the map development team reviews and approves the application, the location will appear in the app. This process is similar to the portal that companies use to add information to the Maps app, but the new service includes information about Corona 19 testing.

Specifically, information on the corona19 test site, site name, related medical service provider and contact number, website and type of test site in the red medical icon at the test site. Apple is also demanding a referral to a doctor at the test site and requesting whether or not medicine is needed.

It is not specified when and how much information will be reflected on the map, but it is explained that efforts are being made to identify and add as many test sites as soon as possible. Since there is no local restriction clue, it is believed to be conducted worldwide.

It is said that Apple recently acquired the domain of AppleCoronavirus.com. This domain is not active yet, but the domain was acquired the day Apple and Google announced cooperation to detect rich contact. It may be a site for detailed information or coping with Corona 19. Related information can be found here .