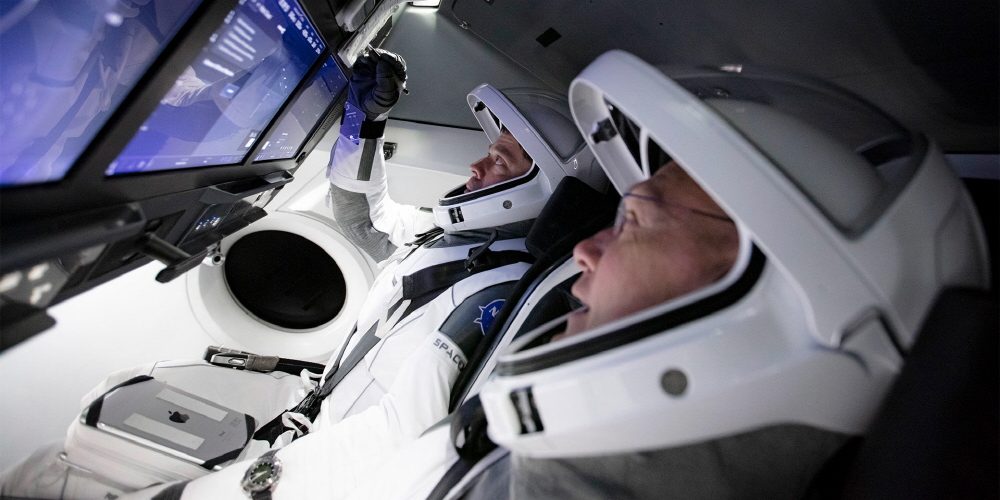 The first mission to board the NASA astronaut using the SpaceX spacecraft was decided on May 27th. If the first manned test flight of SpaceX, called Demo-2, is successful, the next mission is to transport the first commercial personnel carrying an astronaut. NASA Commissioner Jim Brydensteen tweeted that on May 28, NASA would again load American astronauts on American rockets and launch from American land.

This launch is the final test of the SpaceX Crew Dragon, the Demo-2 manned flight mission. At NASA, two astronauts (Robert Behnken, Douglas Hurley) board and go from the Kennedy Space Center in Florida to the International Space Station ISS, stay in orbit for two to three months, and then return to the ground.

In the United States, after the NASA space shuttle retired in 2011, it did not have the means to send astronauts into space from its own country. This mission is also important to SpaceX, led by Elon Musk. Until now, unmanned dragon transport ships have been docked on the ISS, but this is the first time on a manned mission. Manned flight using a renewable rocket could also be an important milestone for Elon Musk.

If the astronaut transport mission succeeds through the Demo-2 test flight and NASA approves it, SpaceX will depart for regular transport of personnel to the ISS one month after the return of the Demo-2 crew.

Not only the United States, but the entire world has been attacked by the Corona 19 epidemic, and the situation is changing every week, but NASA is taking strict infection quarantine measures for astronauts heading into space. The NASA said it is following the CDC recommendations for infection control and is taking more precautions. In addition to the ISS civilian transport, not only SpaceX, but also Boeing developed the CST-100 Starliner spacecraft and received orders from NASA. Related information can be found here .