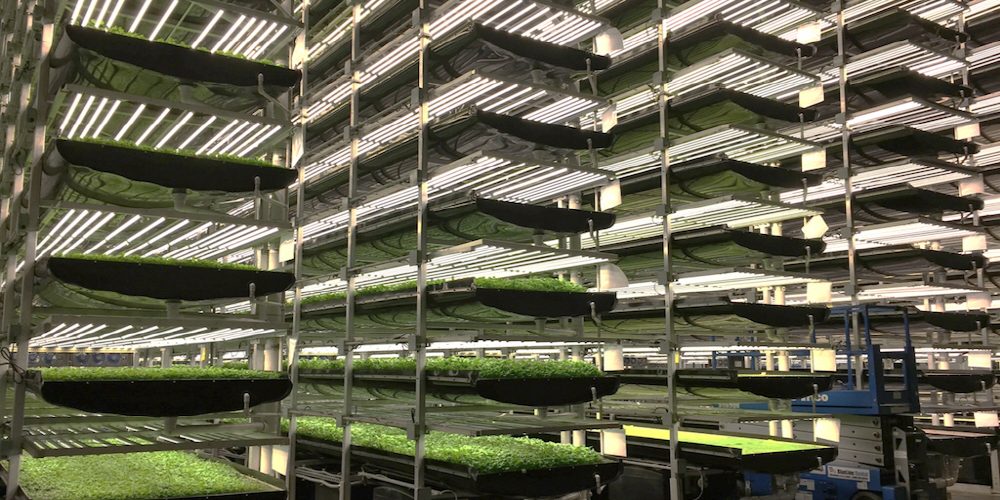 Plant factories using hydroponic cultivation that stably supply vegetables by controlling light, temperature, and indoor temperature are operating all over the world. Among these plant factories, what are some of the advantages of a vertical farm that can utilize a small space?

In Plenty, which runs a vertical farm, hydroponic plants are hung from the ceiling. Environments such as water, light and temperature that affect crops are managed by AI, and crops can be stably produced year-round. In addition, AI recognizes crop growth and continuously learns the environment suitable for crop growth, and it is said that proper environmental control by AI can produce 400 times more crops per acre than ordinary farms.

Another advantage of vertical farms is that they produce anywhere. As a general farming method requires large land for crop production, crops are produced far from cities. As a result, millions of tonnes of carbon dioxide are emitted annually to transport crops to cities. Vertical farms can be built even on small lands, so crops can be produced in urban areas, reducing transportation costs and carbon dioxide emissions. The plantation vertical farm in San Francisco is also running on 100% renewable energy.

In addition, if an unpredictable disaster such as a corona 19 infection epidemic or a large-scale forest fire occurs, crop production becomes difficult in general farms, but crops can be stably supplied because crops are produced and managed by drones or robots in vertical farms.

Vertical farms produce crops with 1% water (water) of the general farming method, so crops can be produced in areas suffering from water shortages and in areas where stable water supply is difficult. Therefore, using vertical farms, the world’s food production could more than double than it is today. Related information can be found here .